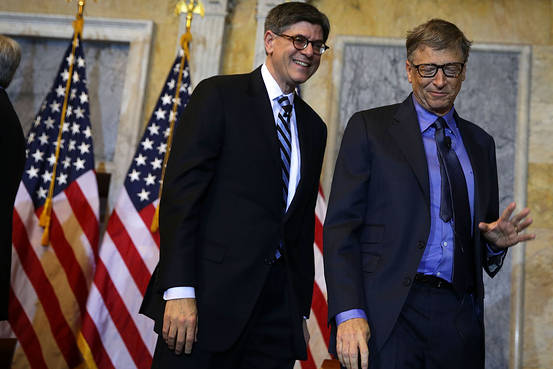 The Obama administration launched a new initiative this week to boost banking access for millions of Americans who don’t currently have checking or savings accounts.

The Treasury Department announced plans to partner with nonprofits and companies such J.P. Morgan Chase & Co., PayPal Holdings Inc., Coca-Cola and the Gates Foundation to reach low-income and other underserved populations in the U.S. and emerging countries through a series of pilot programs, grants, and other initiatives.

“For many, it is hard to imagine how it would be possible manage financial affairs without basic products like a checking account or a credit card,” said Treasury Secretary Jacob Lew at a forum on Tuesday. “But the consequences of exclusion are real, and expanding access to financial services is important at every level of the global economy.”

A growing body of work has found significant volatility in household earnings, particularly in the aftermath of the 2008 financial crisis, highlighting the need for rainy-day savings. The crisis has also highlighted the risks for consumers in paying higher rates and fees for access to nontraditional credit through auto-title or payday loans.

In the U.S., some 26 million consumers didn’t have enough of a financial history in 2010 to get a credit score, Mr. Lew said, meaning that paying rent and utility bills on time wouldn’t be sufficient to gain access to credit. He also said more attention was needed to help boost Americans’ inadequate retirement and rainy-day savings.

Mr. Lew said Treasury acknowledged that banks had pulled back from some money-service businesses as part of separate attempts to protect themselves from illicit activity. Supporting financial inclusion and avoiding unsavory banking practices “are complementary, not conflicting, as we know that financial exclusion undermines the integrity of the entire financial sector,” he said.

Where Americans Don’t Use Banks (Start With Newark, N.J.)

Asia Steps Up Efforts to Reach the ‘Unbanked’