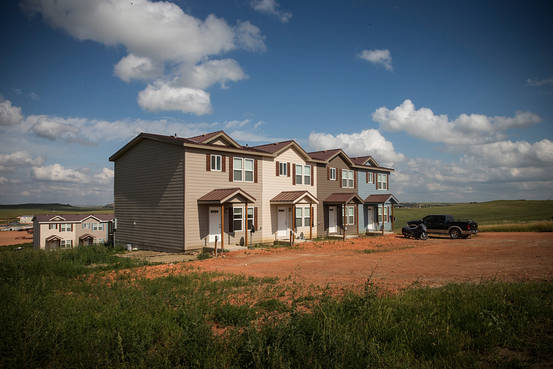 New townhouses in Watford City, N.D., in 2013, were built during the fracking boom. Now the question is: How will the oil-price drop affect home values?
ANDREW BURTON/GETTY IMAGES

The plunge in oil prices increasingly looks like it is here to stay, and that could be bad news for home values in three states that are most exposed to job losses in the drilling fields.

So far, the energy-price declines don’t look like they will lead to home-price declines as severe as those inflicted on Texas during the 1980s oil patch downturn, according to an analysis by Eric Brescia, an economist at Fannie Mae. But his analysis shows that homeowners in North Dakota, Wyoming and Alaska are “at risk of experiencing significant house price declines.”

First, a little history. Home values in Texas fell 11% from 1983 to 1988, a period in which prices nationally rose 32%, as the collapse in oil prices led the state into a deep recession and triggered sharp job losses. 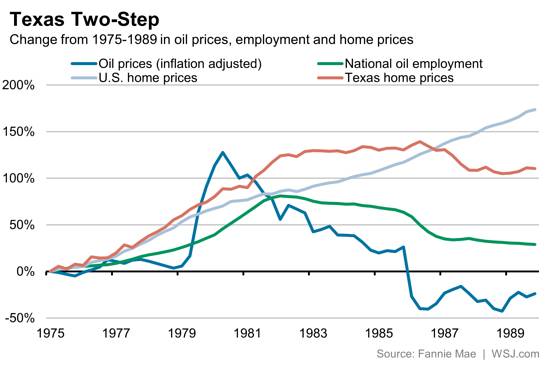 Mr. Brescia says today’s fall in oil prices could lead to a similar house-price decline in oil-producing states, but three factors are worth watching that could lead to different outcomes this time around.

First, the current decline in oil prices is less severe. Second, the oil industry’s sensitivities to price cuts are less predictable than they were then because of changes in drilling technology. Third, most oil-producing states’ economies don’t rely as heavily on the oil industry as they did in the 1980s. 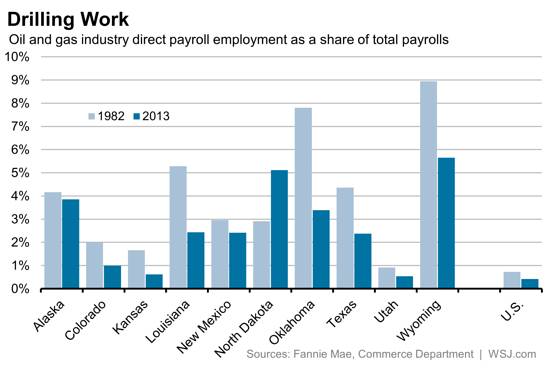 Texas, on the other hand, looks like it wouldn’t see any price declines. Under the base-case scenario, prices would rise 5% over five years—a far slower rate of growth, but growth nonetheless. Colorado, which was clobbered by the oil-patch recession, would see prices rise by 22% over the next five years. 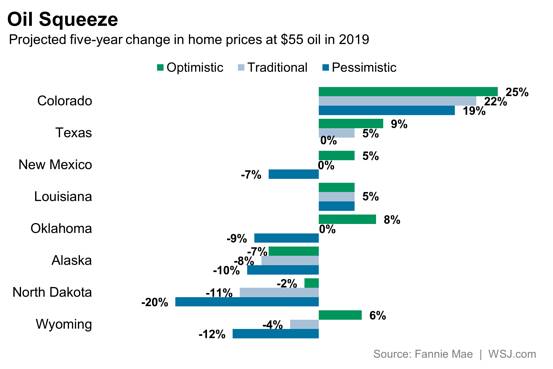 Mr. Brescia says it’s far too soon to see any movement in home prices from the oil-price drop. Oil-industry employment in June was down 10% from its peak, and he said that price declines of any magnitude generally lag declines in employment by one or two years.

Oil Price Q&A: What the Plunge Means for Gas Prices, the Economy and Markets