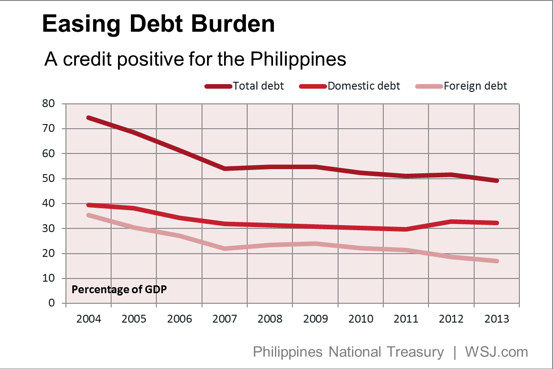 The Philippines’ public debt has been falling fast, helping its chances of credit upgrades and further attracting foreign capital.

On Friday, the government said total public debt as a fraction of gross domestic product fell to 49% in 2013. A decade ago the ratio stood at 75%.

The government of President Benigno Aquino III has made debt reduction a priority, including by raising taxes and reducing corruption in government spending. The government has also borrowed more locally to reduce exposure to currency fluctuations.