Phones 4u goes into administration. Are EE and Vodafone to blame? Sad news for the 5,596 people who work for retail chain Phones 4u. Or anyone who has pre-ordered an iPhone 6 for that matter who will now probably not get their handset.

The company went into administration last night and will not open its doors today.The reason, it seems, is because the mobile phone networks had refused to provide Phones 4u with handsets to sell in order to protect their own profit margins.

A spokesperson for EE said the decision not to renew its contract with Phones 4U was “driven by developments in the marketplace that have called into question the long term viability of the Phones 4U business.” The spokesperson added that the decision was also “in line with our strategy to focus on growth in our direct channels.”

But David Kassler, chief executive of Phones 4u, hit out at the mobile phone companies: “Today is a very sad day for our customers and our staff. If the mobile network operators decline to supply us, we do not have a business. A good company making profits of over £100m, employing thousands of decent people, has been forced into administration.”

He continued:  “The great service we have provided should have guaranteed a strong future, but unfortunately our network partners have decided otherwise. The ultimate result will be less competition, less choice and higher prices for mobile customers in UK.”

Ultimately administrators will be left to decide whether the stores can reopen and what will happen to existing contracts (it is assumed these will be unaffected). Vodafone’s contract with Phones 4u, which represents 20% of profits and revenues, runs until February 2015, and its deal with EE has more than a year left to run.

Phones 4u will update its staff at meetings in store and at its headquarters on Monday, and BC insisted: “Employees will continue to be paid until further notice.”

In January EE began a review of all the independent retailers it sells through with the intention of reducing the number of partnerships. The decision to part company with Phones 4u means EE is likely to continue selling through Dixons Carphone for the time being.

Hammered by the financial crisis and regulated price cuts to the cost of phone calls, mobile phone networks have been looking for savings for some time and the use of third party sellers seems an easy target. Vodafone, in particular, has invested heavily in expanding its own-brand stores, making it less reliant on Phones 4u and Carphone.

Known for its controversial advertising campaigns, including a banned ad featuring a cartoon Jesus, Phones 4u was aimed squarely at the youth market, a hard-to-reach demographic for Vodafone in particular, which is regarded as the business person’s network.

It is understood that EE sold around 10% of its connections through Phones 4u, but the company will now rely more heavily on its string of 570 stores across the UK, and on its remaining contract with Dixons Carphone.

Phones 4u said it remained profitable, with turnover of more than £1bn, underlying earnings of £105m in 2013 and significant cash in the bank. 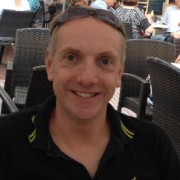