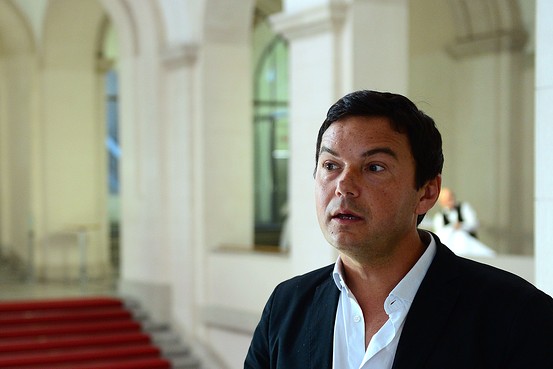 Thomas Piketty’s “Capital in the 21st Century” was a 2014 must-read for anyone interested in economics. But while his claim that income and wealth inequality has risen over recent decades to highs last seen before the start of the First World War was widely accepted, his policy prescriptions were not.

One of Mr. Piketty’s suggestions is that a progressive tax on wealth would help halt and possibly reverse the rise in inequality. Most commentators believed that was simply not politically achievable in developed economies, even if it was the right remedy.

In a visit to London Friday, during which he spoke at the London Business School, Mr. Piketty stuck to that policy recommendation, but also said there is some evidence it is being followed.

While it is difficult to detect many moves to increase existing taxes on wealth, or impose new levies, Mr. Piketty cited moves to clamp down on the avoidance of tax by wealthy individuals and the corporations whose shares they own, including greater transparency on how much tax they paid and how much income they earned.

One of the initiatives he referred to is being carried out by the Paris-based Organization for Economic Cooperation and Development to clamp down on corporate tax avoidance, or what it terms “base erosion and profit shifting.” Its final recommendations are due to be presented to leaders from the Group of 20 largest economies toward the end of 2015, although its work to date has already been endorsed by that assembly.

“It’s possible to hope that we will make some progress in the future in making large corporations pay at least as much as small companies,” Mr. Piketty told his audience, mainly economists.

He also sees some cause for optimism in moves to end bank secrecy and encourage greater sharing of tax information between countries, noting that while five years ago it was widely believed Switzerland would never change its ways, “it took a few U.S. sanctions against Swiss banks to rewrite the banking laws.”

Mr. Piketty believes that knowledge of exactly how unequal incomes are will help drive actions to correct the problem, and that the success of his book has increased pressure on governments to provide more information on how much people earn and how much tax they pay.  He noted that Brazil, Mexico and Taiwan are now providing that information.

And he noted that there have been some increases in taxes on wealth, even in the U.K., citing moves to raise duties on the purchase of homes selling for £2 million ($3.1 million) and above., which were begun by the previous, left-of-center Labour government and  continued by the current, right-of-center Conservative government.

“I think these issues go beyond left and right,” he said. “It’s just common sense.”