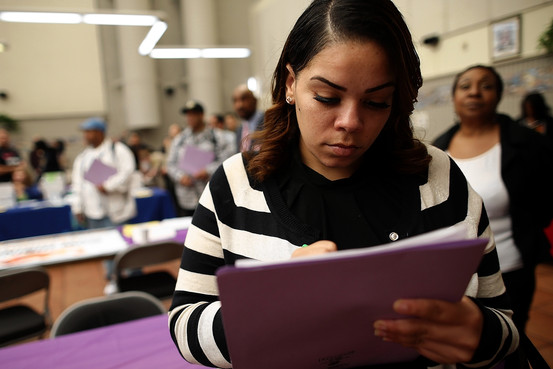 A job seeker fills out an application during a career fair at the Southeast Community Facility Commission on May 21, 2014 in San Francisco.
Getty Images

Voters are more concerned about the economy than any other issue in the midterm elections, but few believe that which party controls Congress will make much of a difference to boosting economic conditions, a new Wall Street Journal/NBC News/Annenberg Survey finds.

In the survey of registered voters, 45% of respondents said jobs and the economy were the issue most important in determining their vote in the fall, more than any other issue. The next most-cited issues were health care, named by 20% of respondents, and education, at 15%

Some 7% said foreign policy and national security were most important, while 6% said that the federal deficit was a top concern.

For all the heat surrounding the debate in Congress over immigration policy, only 4% said that was the most important issue in determining their vote. 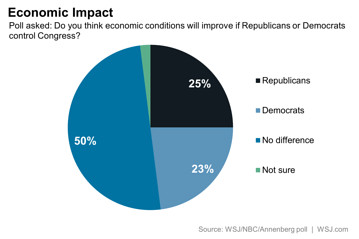 When asked how interested they were in the midterm elections, 41% ranked their interest level as 9 or 10 on a 10-point scale. Some 29% ranked themselves as 6 through 8.

The survey is the first in a series of polls done by the Wall Street Journal and NBC News in collaboration with the Annenberg Public Policy Center, a research center at the University of Pennsylvania.

The survey of 1,031 registered voters was conducted June 2-8.

Get more news on Congress, first thing in the morning, by signing up for the Capital Journal Daybreak newsletter: on.wsj.com/CapitalJournalSignup