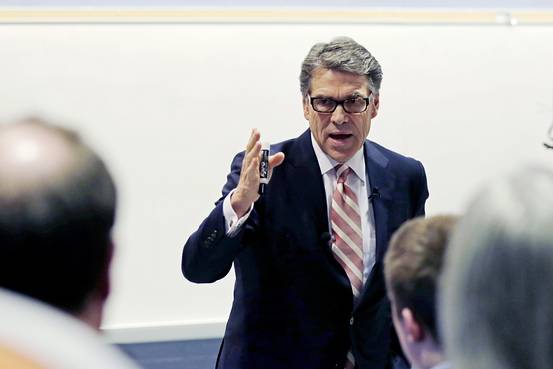 Rick Perry, who as Texas governor last year championed the U.S. Export-Import Bank when its reauthorization was in doubt, retracted his support for the bank in an op-ed published Wednesday. The reversal is a boon to Republican critics who are less than two months away from seeing the agency wind down unless Congress moves to reauthorize it.

Mr. Perry’s about-face comes as he considers whether to enter a GOP presidential field that grows more crowded by the week. The conservative political group Americans for Prosperity, funded by billionaires Charles and David Koch, have rallied in favor of the movement to let the agency’s charter expire.

Last year, as the agency’s charter was set to expire, Mr. Perry wrote a letter to Congress urging its reauthorization. Texas is the nation’s largest exporting state and the largest user of the Ex-Im Bank, which helps U.S. firms and U.S. divisions of foreign firms to export goods through a range of insurance and lending programs.

Congress ultimately approved a short-term reauthorization of the agency’s charter which will expire at the end of June. Democrats largely support reauthorizing the charter, but Republicans are divided.

Since leaving office in January, Mr. Perry has been locking down major donors and traveling to New Hampshire and Iowa, states that hold early nominating contests next year.

In his op-ed Wednesday, which was published in The Wall Street Journal, Mr. Perry said he had supported Ex-Im Bank while he was governor because he feared that global competitors, relying on export-credit agencies in their home countries, would get a leg up against U.S. competitors if Ex-Im went away.

What changed his mind? Mr. Perry pointed to allegations of corruption and bribery at the institution. Last month, a former loan officer at the agency pleaded guilty to accepting more than $78,000 in bribes for recommending the approval of unqualified loan applications to the bank.

Mr. Perry says businesses would be better off if Congress overhauled the corporate tax code, but elected officials “won’t have the moral credibility to reduce corporate taxes if we continue to subsidize corporate exports for corporations that already enjoy low effective tax rates,” he said.

Mr. Perry made no mention of the effect the bank’s closure would have on the small businesses that, in last year’s letter, he said would be at risk of laying off employees.

The loss of a key GOP ally for the bank comes at a perilous moment for the agency. One possibility is that nothing happens by June 30, which means the bank won’t be able to write new business. Another possibility is that Republican congressional leaders secure another extension for the bank, over the objections of conservative lawmakers, by relying on Democratic votes.