Tepid sales in May reflect just how hard it is for retailers and brand managers to make their offerings irresistible to hesitant consumers. The latest Journal of Consumer Research provides a few clues to what piques shoppers’ appetites and spurs them to acquire—or reject—particular things. 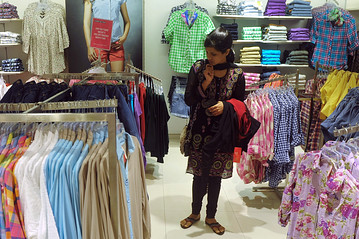 For starters, a whiff of rebellion—but only a little—goes a long way. Shoppers also can’t resist something fun, falling for whimsical items, or anthropomorphized ones. (Think an alligator-shaped stapler.) And finally, customers loyal to high-end brands enjoy having others admire those fancy labels—but bridle at lowering the price of admission to admit more members to the in crowd. Here are the latest field notes from the quest to understand the consumer:

HOW COOL: Nothing can vault a brand forward faster than being perceived as cool. That requires showing enough autonomy to bend –but not break—the rules, said Caleb Warren, an assistant professor of marketing at Texas A&M University’s Mays Business School. Mr. Warren wrote “What Makes Things Cool? How Autonomy Influences Perceived Coolness,” with Margaret C. Campbell, a marketing professor at the Leeds School of Business at the University of Colorado in Boulder.

“When a new fashion design comes out, if it’s a little bit different than what came before, it takes off,” Mr. Warren said. “But if it’s radically different, it just seems crazy and no-one adopts it.”

That also is true in popular music, he said, where research showed consumers appreciate a mild deviation from the norm as cool—but see moving far from it as weird.

Mr. Warren acknowledged that “coolness is entirely subjective…it’s in the eye of the beholder,” making it a particularly devilish aspect to calibrate. But one constant among survey participants was that cool designs, products or songs exhibit “appropriate autonomy,” by “moving the norm a little bit” and being “one step ahead”—yet not dauntingly out there.

The researchers conducted tests on consumers to gauge how cool or uncool they perceived various real and hypothetical brands. They asked consumers to pick the coolest among three actual rock bands, after reading the groups’ description of their creative process. Participants favored the band that exhibited a moderate measure of autonomy, captured in the musicians’ description: “We don’t try to write a bunch of hits or records that go triple platinum. We just write songs that feel right to us.”

By contrast, participants weren’t impressed by the description of the least-autonomous group: “We make an effort to write songs that appeal to a mass audience. …Our goal is to match our sound to mainstream tastes so as many people as possible enjoy our music.”

The extreme autonomy exhibited by the third group struck most study participants as too much. Those musicians described themselves as immune to trends:  “We write what we feel like writing, which usually means completely ignoring typical conventions and doing something totally different…Honestly, we couldn’t care less what others think of us or our music.”

This survey and others that informed the paper show that “in many cases, doing something different or showing you’re autonomous is not cool,” Mr. Warren said. “It makes people see you as a freak or a criminal.”

Finding just the right measure of rebellion is a challenge for marketers—and one complicated by the fact that, as the authors note, perceptions of coolness are perpetually changing. A successful formula today may be uncool tomorrow.

CUTE EMERGENCY: Winning a shopper’s attention is the first step to a sale. And new research suggests that whimsy not only helps break down a customer’s reserve but also inspires him to spend more.

In tests with dressed-up utilitarian objects—the stapler masquerading as a reptile and an ice cream scoop resembling a doll—customers spent more time with the novelty items than their utilitarian counterparts. When presented with the alligator stapler, participants said they would use it for fun, indulgent activities, such as art projects, and not just office work. Participants who wielded the novelty scoop ate more ice cream than ones using the ordinary scoop.

“Cute products make us more indulgent,” said Gergana Nenkov, an associate professor at Boston College’s Carroll School of Management. She and Maura Scott, an assistant professor at Florida State University in Tallahassee, published their findings in “So Cute I Could Eat It Up: Priming Effects of Cute Products on Indulgent Consumption.” Professor Nenkov cautioned that the effect appears to apply largely to products such as food or clothing that cater to whims and offer immediate rewards. The cuteness trigger doesn’t seem to work for financial products or retirement savings accounts, she said, where customers are focused not on “fun and rewards” but “being responsible and saving for the future.”

THE ‘IN’ CROWD: A fine line that brand managers of high-end labels have to tread is collecting customers without diluting the prestige of their products.

Anat Keinan, an associate professor at Harvard Business School, and Silvia Bellezza, who is pursuing a doctorate there, likened high-end products to nations in “Brand Tourists: How Non-Core Users Enhance the Brand Image by Eliciting Pride.” Ms. Keinan and Ms. Bellezza wrote that fans, whom they call “brand tourists,” can reinforce a label’s prestige just as visitors burnish a country’s reputation by touring and admiring it.

By contrast, “brand immigrants”—individuals who aspire to membership without necessarily paying the price of admission or doing the required work—can pose a threat to a label’s prestige. For example, shoppers who claim to be Prada regulars, after spending less than $200 on one of the fashion house’s keychains, risk diluting the luxury brand for consumers who have spent four figures on its handbags. In a similar way, the researchers found, the Harvard brand in education is burnished by campus visitors—but could be diluted by an individual who took an online course at the school and touted it on his or her resume.

Such attempts to claim membership by “brand immigrants” who aren’t in fact core users can often dilute high-end labels, Ms. Bellezza said. For fancy brands, the challenge is “managing the perceptions of the core users” so they remain persuaded of the label’s exclusivity—even while that core group expands.

Although the drive for more customers is inexorable, it is “somewhat dangerous for these brands to stretch downward,” Ms. Bellezza said, suggesting that from handbag to key chain is a slippery slope. The exclusivity swiftly dwindles, she said, if anyone can become a member.

As Groucho Marx said, he wouldn’t want to belong to any club that accepted him.