RoboSimian up in smoke after engineering error 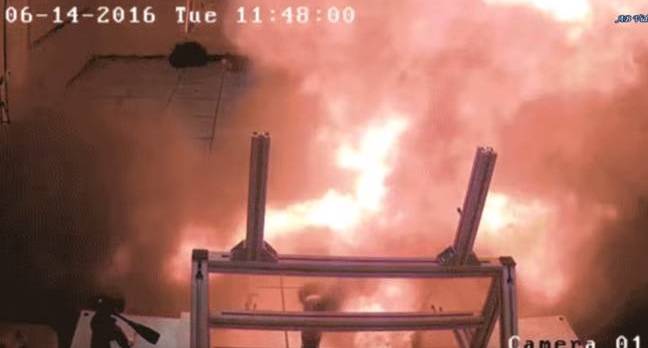 Houston, we have a problem…

Samsung might think it’s the king of exploding kit, what with smartphones and washing machines going up in flames, but in June NASA engineers schooled the firm on how to really make a bang.

The space agency was repairing a RoboSimian, a four-legged robot designed by the Jet Propulsion Lab for the DARPA Robotics Challenge, but the device suffered a fairly explosive disassembly.

“On June 14, 2016 there was a fire involving a Li-ion battery. The fire was the result of thermal runaway (rapid uncontrolled increase in temperature) of a large Li-ion battery,” the NASA report states.

The robot was being charged up for use but the intern responsible didn’t set up the battery management system properly.

As a result, the protection put in place to control the temperature, voltage, and current being fed into the battery didn’t work – the whole unit went up in smoke.

To make matters worse, Samsung users only have to deal with one battery cell. The RoboSimian has 96 of the things and when they do blow, it looks like someone threw a grenade into the device.

Attempts to put the robot out using conventional fire extinguishers failed to quench the blaze. Eventually it was dragged outside and doused with enough water to do the job. NASA has pledged to have better fire control systems soon. ®