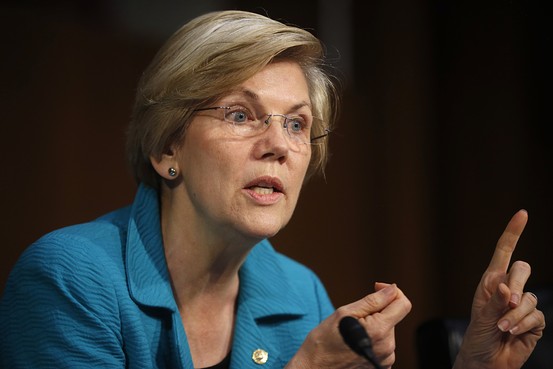 U.S. Senator Elizabeth Warren (D., Mass.) on Friday called for a congressional hearing into allegations that regulators at the Federal Reserve Bank of New York were too close to the banks they supervised.

“Congress must hold oversight hearings on the disturbing issues raised by today’s whistleblower report when it returns in November, because it’s our job to make sure our financial regulators are doing their jobs,” Ms. Warren said.

The review found a highly bureaucratic structure that discouraged staffers from offering their honest opinions. It called for “a sustained effort to overcome excessive risk-aversion and get people to speak up when they have concerns, disagreements or useful ideas.”

“When regulators care more about protecting big banks from accountability than they do about protecting the American people from risky and illegal behavior on Wall Street, it threatens our whole economy. We learned this the hard way in 2008,” Ms. Warren said in a statement.

Meanwhile, the New York Fed said it had incorporated the internal review’s recommendations in a significant reform of the institution’s group in charge of bank supervision. “Bank examiners are encouraged to speak up and escalate any concerns they may have regarding the New York Fed or the institutions that we supervise,” the bank’s statement said.

ProPublica and the radio program also reported on Friday that a former New York Fed bank examiner had secretly recorded hours of meetings with her supervisors and executives at a major Wall Street bank.

The news report said the tapes illustrate some of the problems identified in the internal review, portraying a regulator unwilling to challenge a big financial firm.

The New York Fed said of the news story that it “categorically rejects the allegations being made about the integrity of its supervision of financial institutions.”