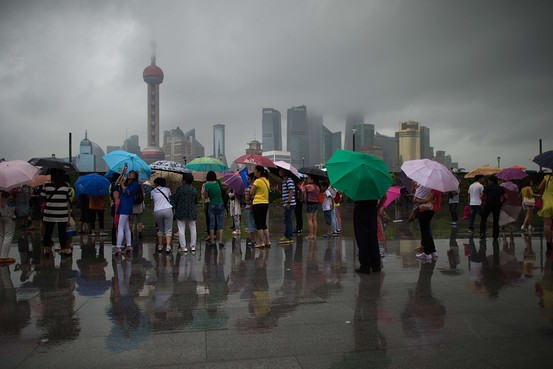 People with umbrellas stand in the rain in front of the skyline of the Lujiazui Financial District in Pudong along the Huangpu River in Shanghai on August 14, 2014.
Agence France-Presse/Getty Images

Rising labor costs in China have prompted some Korean manufacturers to up sticks and relocate to Southeast Asia, where wages are generally cheaper.

But how about moving back to Korea instead?

Bureaucrats in South Korea have been trying to lure businesses back with promises of tax breaks and incentives to offset Korea’s high labor costs. And they’re having some success with smaller companies.

The trade ministry in Seoul said on Wednesday that 12 South Korean firms, mostly shoemakers and textile manufacturers, have agreed to relocate back to Korea from China, the latest of 66 firms that have agreed to return home since 2012.

Among the most recent group are four shoemakers that will move to the port city of Busan, a national hub for shoe industry for decades before its demise due to relocations by businesses overseas. Last year, four other Korean shoemakers agreed to return to Busan.

Among the benefits for firms moving home are an exemption from corporate taxes for up to five years and subsidies for the relocation of production facilities.

South Korea’s free trade deals in recent years with the U.S., the E.U. and other countries and regions has also helped bring the companies home as lower tariffs on Korean-made goods make them more price-competitive in global markets.

China’s National Bureau of Statistics said the country’s average urban salaries increased 11.9% in 2012, following a 14.4% rise in 2011. Salary figures from the first three quarters of 2013 show a gain of about 11% from the comparable period in 2012.