Shifts in U.S. Trading Partners From 1984 to the Present – Real Time Economics

Over the past three decades, U.S. trading partners for goods have changed — but not drastically. The biggest shift has been the rapid rise of China as both an importer and exporter. 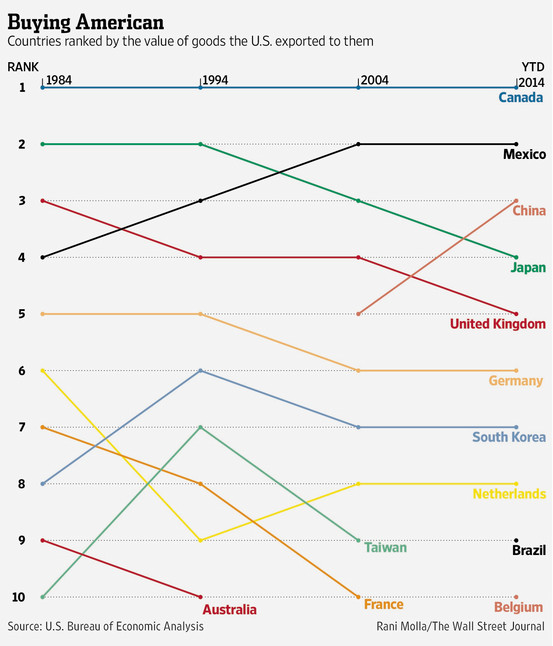 Canada consistently tops the list of countries that buy U.S. exports. Mexico and Canada have the highest exports and nearly highest imports due to geographic proximity and trade agreements over our shared borders. Otherwise, countries’ demand for U.S. exports tracks with their GDP, according to the Economics & Statistics Administration. China, for example, is quickly climbing the list of U.S. export markets as its economy grows. 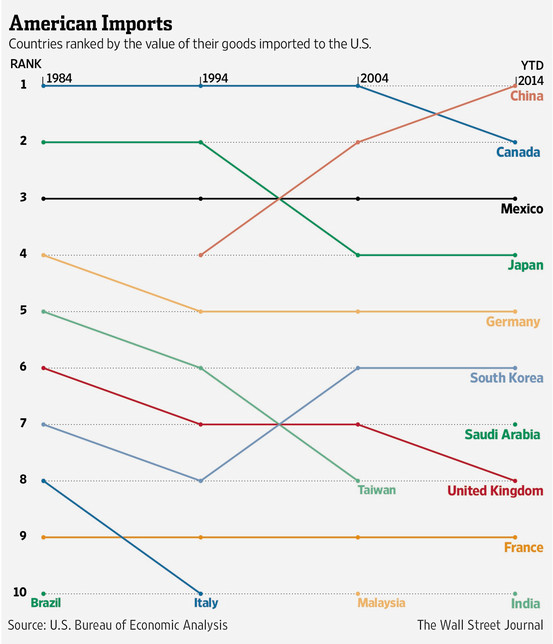 The numbers for 2014 are just for the first six months of the year, and are subject to revision, meaning that rankings may shift. For example, in 2013 France beat out Belgium in the top 10 destinations for American goods and could potentially return by the end of the year. Meanwhile, Hong Kong was excluded in the rankings since it isn’t an independent country, but would have ranked 10th in U.S. exports.

Both imports and exports are dominated by capital goods and industrial supplies that are used by companies and manufacturers. Goods sold to consumers make up a smaller share of trade.