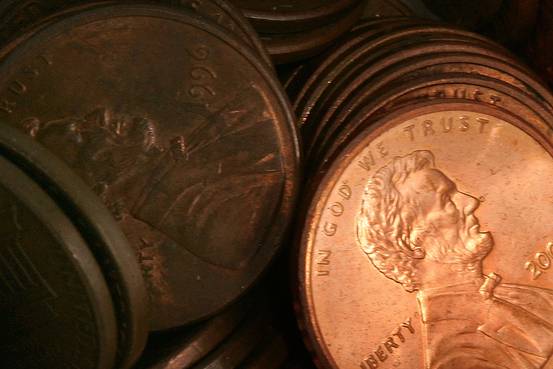 The penny costs more to make than it’s worth.
TIM BOYLE/GETTY IMAGES

The Treasury Department, which has already announced plans to put a woman on the $10 bill, is also conducting a review to see if it still makes sense to keep the penny.

“We’ve been looking at the penny for a long time, because obviously the value of a penny has gotten smaller and smaller as time has gone on. Even with low inflation, it continues to diminish,” Treasury Secretary Jacob Lew said Monday.

Mr. Lew took questions from students and faculty at Northern Virginia Community College in Alexandria, Va., at a forum designed to solicit feedback on the separate $10 bill proposal, which has generated surprising backlash from devotees of Alexander Hamilton, the Treasury’s founder whose portrait has adorned the note since the 1930s.

The question over the one-cent piece was prompted by a segment that ran Sunday on John Oliver’s “Last Week Tonight” program on HBO. Critics have said the penny should be eliminated because it is both a nuisance and a waste, since it costs more to make than it’s worth. 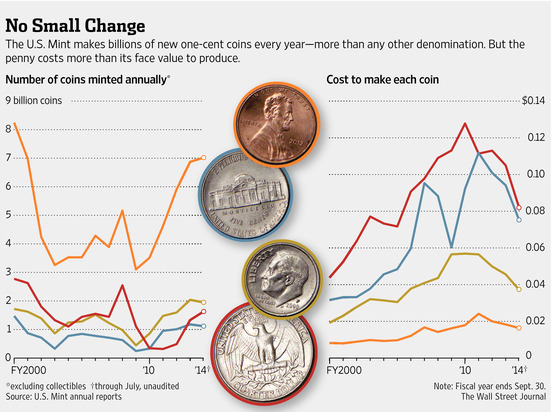 “It’s a question that we do have to ask, because you have to always make sure that the currency reflects what the needs of commerce are and what the value of currency is,” Mr. Lew said.

Mr. Lew said the proposal has been under review “for quite a long time” and that he had seen it “in several different reincarnations,” but he said no decision had been reached.

Ultimately, Congress would need to pass a law to change currency denominations. Several legislative attempts to dump the penny haven’t gotten enough support to become law, and in 2010 Congress instead directed the U.S. Mint to look for cheaper ways to make the coins. The Mint concluded there weren’t any.

In the White House’s 2014 budget proposal, the Treasury said it would assess “alternative options” for both the penny and the nickel as part of a comprehensive review of currency production and circulation.

Just How Much Does It Cost to Make a Penny?

Change for a Nickel? U.S. Mint Is Weighing It