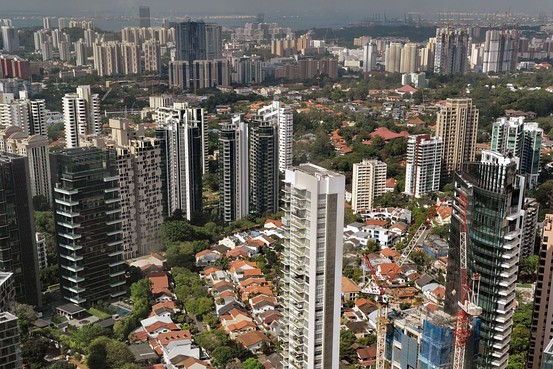 Singapore’s economy is suffering in the short-term as the country moves to higher-value-added industries and attempts to raise productivity, but is unable to escape from its reliance on cheap mass production.

The island state is trying to move away from low-end industries, particularly in manufacturing, to focus on value-added sectors such as biotechnology and pharmaceuticals. As it makes the transition, growth is slowing and tepid external demand remains a drag.

Data released Monday showed the economy contracted 0.8% on a seasonally-adjusted annualized basis, compared with a 9.9% expansion in the previous quarter. On-year, gross domestic product grew 2.2%, well shy of the 3% expected by economists. Singapore’s data is typically volatile but economists said the numbers showed the difficulties of reshaping the economy.

“The days of trail-blazing industrialization are long over,” Capital Economics lamented in a note. “We are also mindful that structural changes in Singapore’s economy will act as a constraint on medium-term growth, even as cyclical conditions improve,” the research house said, downgrading its 2014 growth forecast to 3.5% from 4% after Monday’s data.

The main reason for the sluggish second quarter growth was a decline in electronics, primarily due to a sharp fall in semiconductor production. The outsize impact of semiconductors on the country’s economic fortunes highlights the difficulties Singapore faces in reducing its reliance on low value-added industries while raising productivity in others.

The government is tweaking labor laws to discourage low-wage foreign workers in specific industries, but has been unable to kick-start productivity gains in the wider economy.
The service sector and high value-added industries like biotechnology are small compared to manufacturing, which contributes a fifth of economic output.

“The manufacturing sector, the key driver of growth in the previous quarter, now became the weakest link” in the second quarter, DBS Bank, Singapore’s largest bank by assets, said in a downbeat note after Monday’s data.

UOB was also pessimistic, partly blaming the weak manufacturing data for its decision to downgrade the country’s full-year growth forecast to 3.5% from 4.2% previously. “Not only may we see slower external demand,” UOB said in a note, “[but] Singapore’s domestic sectors will also continue to face challenges from the ongoing economic restructuring amid tight labor market conditions.”

Services output, a hallmark of developed economies, grew 2.8% on year in the three-month period to the end of June, while the construction sector—a low value-added industry—expanded 5%, official data showed Monday.

Things could look better for Singapore in the second half if global demand picks up, however. “Overall, we expect the broad trend of services growth to continue,” Barclays said.

Oversea-Chinese Banking Corp. thinks the manufacturing drag may lessen as the year wears on. “Our baseline scenario is for manufacturing to regain some traction in 2H, but generally be a more modest driver of domestic growth this year for the Singapore economy.”

While a lessened reliance on manufacturing is a positive result for Singapore’s economic transition, economists warn that productivity gains and added-value sector growth is essential to keep the economy ticking over in the long run. “While the outlook of the manufacturing sector is expected to run sideways, the sub-par performance in the services sector is perhaps the biggest risk to our full-year GDP growth forecast,” DBS said.