When Jenn Medvin asked her daughter, Avery, what she wanted to be as an adult, the 6-year-old gave a range of answers from doctor to princess. But when Medvin asked Avery what she thought her twin brother Xander would be, the 6-year-old paused for a second before saying her diagnosed-autistic brother could be “Spider-Man.”

“She said it’s because he has super powers and is very good at helping people,” said Medvin.

Xander was diagnosed on the autism spectrum at 18 months of age, but his twin sister has only ever viewed him as extraordinary, Medvin said.

“When you think about it, autistic people have super powers. They see things we don’t see and hear things we don’t hear,” said Medvin. “They are a lot more in tune with their senses.”

It was Avery’s view of her brother as “superhero” that lead Medvin to start working on a documentary about her twins. In part, the documentary was to show the twins’ strong bond and to give another perspective to the disorder.

Twins have long been studied by scientists for clues about why or how children develop the mysterious condition. Even fraternal twins like Xander and Avery can be more likely to have the condition if their twin is diagnosed.

EEG’s May Someday Be Able to Diagnose Autism

Joachim Hallmayer, associate professor of psychiatry and behavioral sciences at of Stanford University, said that, according to various studies, the chance of a fraternal twin having autism is anywhere between 10 to 30 percent if their sibling already has the condition.

“[It’s] clearly higher than what you would see by chance,” said Hallmayer.

For Jenn Medvin, it became clear that Xander was facing clear developmental challenges at 18 months. While the twins had been similar in terms of development, suddenly Xander was falling behind, unable to walk as Avery started to speed around the house.

Medvin took both children to a regional center, where Xander was diagnosed as autistic.

Avery was initially diagnosed as autistic as well. But, in an unexpected turn, Medvin said, she believes her daughter was actually just imitating her brother when she was diagnosed.

“When he would flap his arms, she would flap back in response,” said Medvin. “As time went on, he seemed to stay in some senses around the same age [and] she was progressing … as a neurotypical child would. Now she doesn’t display any [autism] signs at all.”

Medvin, a registered nurse from Los Angeles, said that despite her training she felt crushed after hearing Xander’s diagnosis and initially thought there was some cause or reason.

PHOTO: Avery Medvin will sometimes act like an older sibling for Xander even though they’re twins.

However, experts say the disorder results from a complex mix of genetic or environmental factors that are not well-understood and likely specific for every child.

Hallmayer said twins both fraternal and identical have been studied by autism researchers as a way to try and figure out how much of the condition is genetic and how much is environmental. In a 2011 study led by Hallmayer, 54 pairs of identical twins and 192 pairs of fraternal twins were examined to try to determine the extent of environmental factors on autism.

In that specific study, genes only accounted for 38 percent of autism risk, with environmental factors resulting in 62 percent of risk.

But Hallmayer was quick to clarify he was talking about a specific single study and that the condition is “such a complex disorder.” 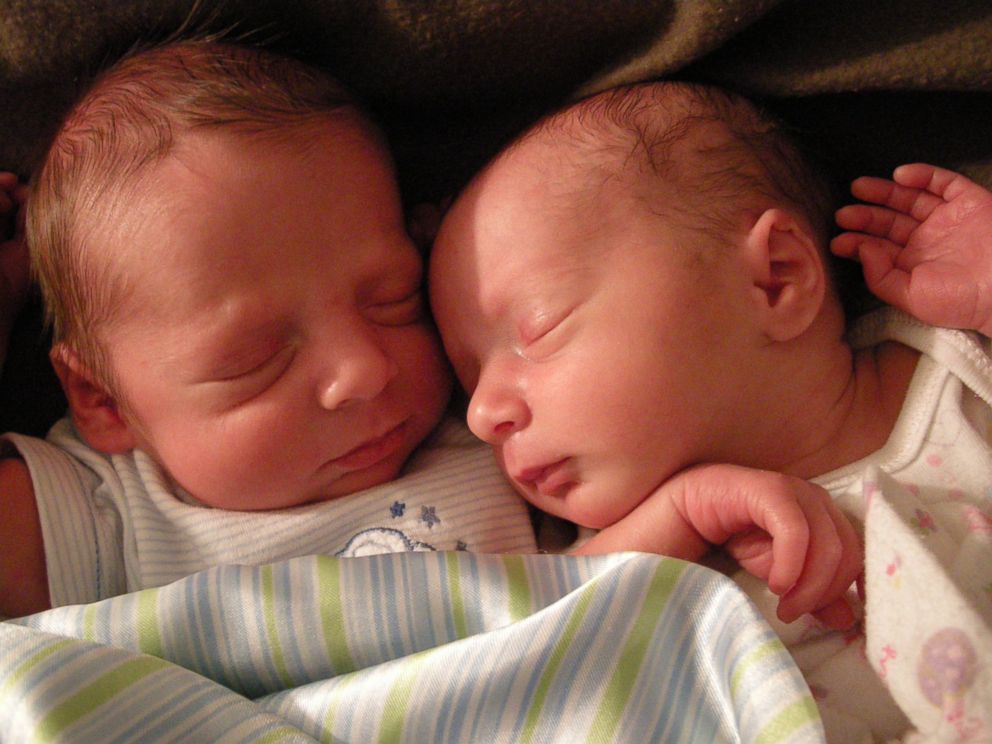 Xander’s autism has left him less verbal than his sister, although he is sometimes able to string together a few words.