The world’s first typhoon turbine was invented by Atsushi Shimizu to tap into the massive amounts of energy contained within storms common to his homeland of Japan. He estimates the energy stored in one typhoon could power the nation for 50 years, if only it could be harnessed. Shimizu’s egg beater-like contraption is a vertical-axis Magnus wind power generator robust enough to withstand the high winds of a typhoon. Tests conducted using a scale model of the wind energy generator have been promising, and Shimizu is on a mission to connect with investors to help build larger practical versions in the hopes of one day feeding typhoon power into the nation’s grid. 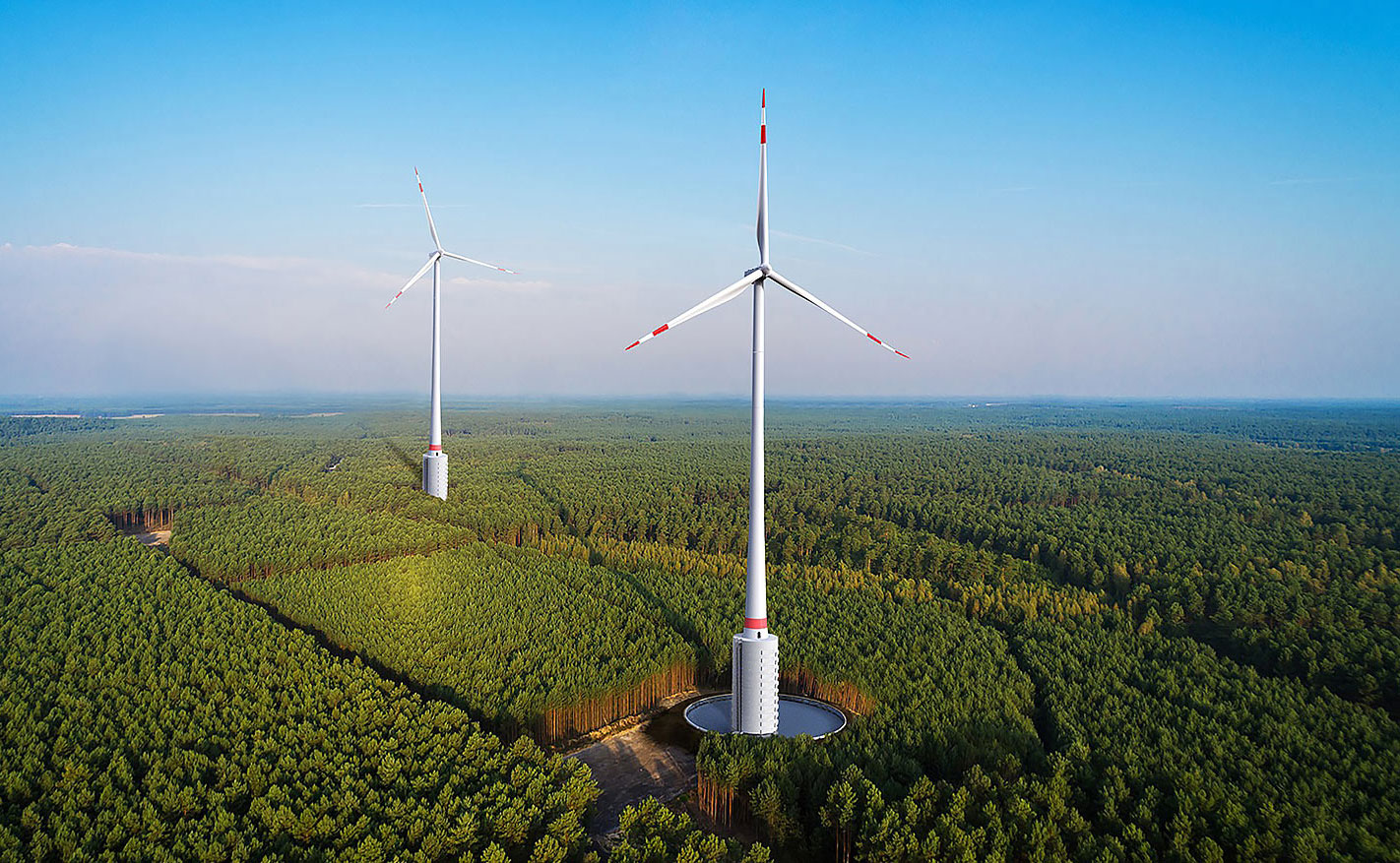 How does a wind turbine generate electricity when there’s no breeze? Typical turbines simply can’t, but a new project from Max Bögl Wind AG and GE Renewable Energy pairs traditional bladed turbines with hydropower technology for the world’s first hybrid wind-hydro energy generator. Set to be located in Germany’s Swabian-Franconian Forest, the project will initially feature four wind turbines with a capacity of 13.6 megawatts. The first phase is slated to connect to the grid next year, and the second phase will add a 16MW hydroelectric power plant, expected to be completed in 2018. 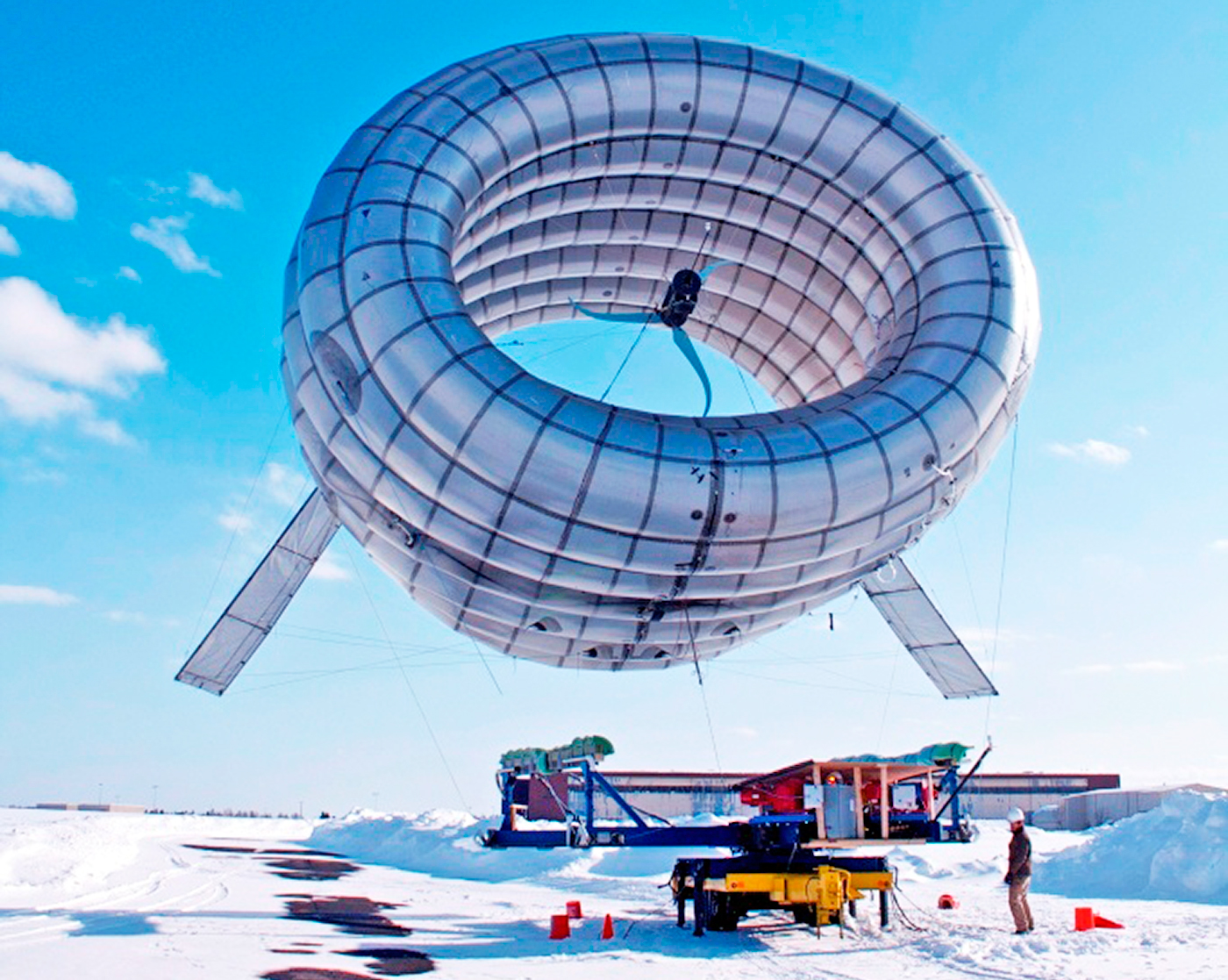 While most wind energy projects are firmly rooted in the ground or at sea, some recent innovations are putting turbines high in the sky, where wind moves fastest. The world’s first airborne wind turbine launched in 2014 over Fairbanks, Alaska. Held aloft by helium like a giant cylindrical blimp, the BAT-Buoyant Airborne Turbine was designed and built by MIT startup Altaeros Energies to float 1,000 feet in the air and capture wind currents five to eight times more powerful than the breezes at ground level. The 18-month experiment generated enough energy to power a dozen households. Because of their sky-high positioning, BAT systems can also also transmit WiFi and cell signals, and double as weather sensors. 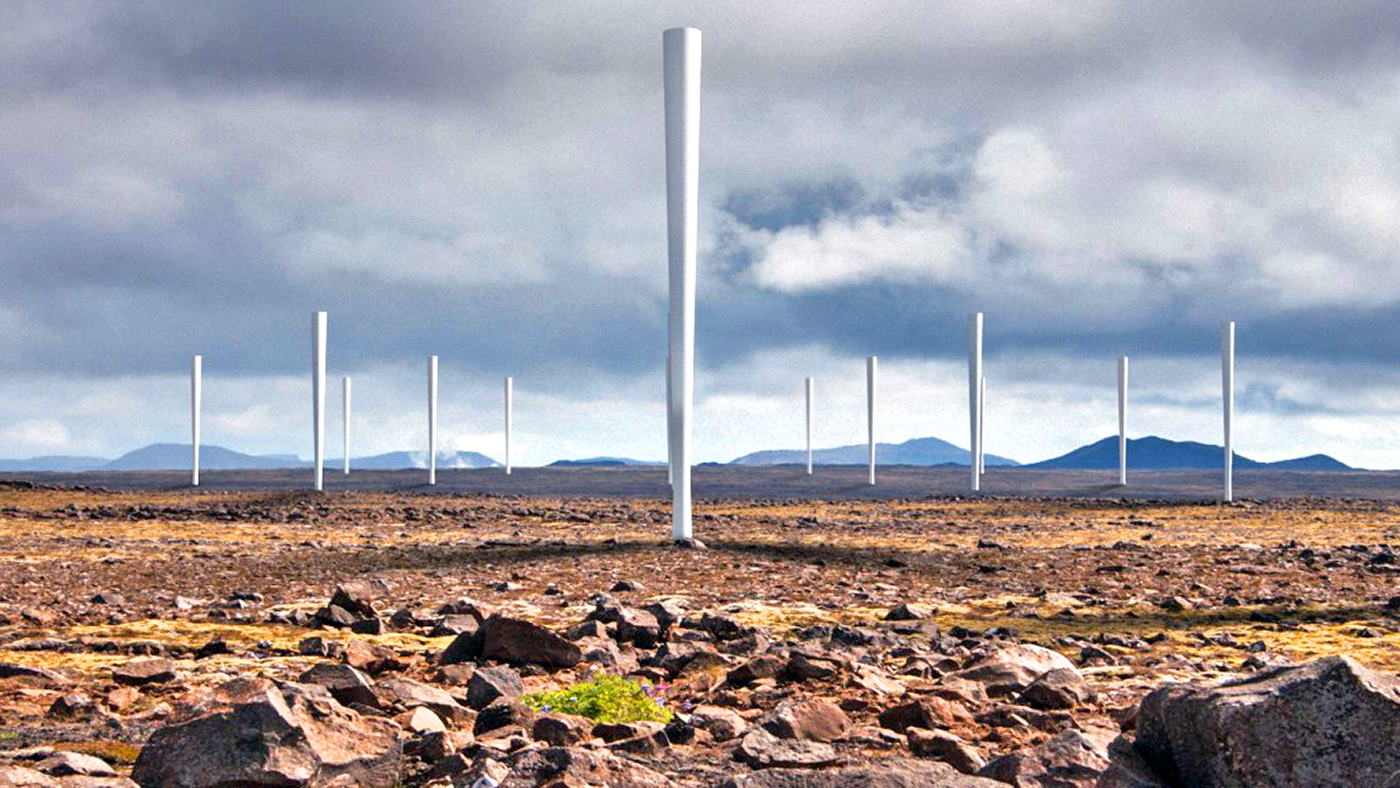 Bird safety is a big issue in the world of wind turbines. In order to reduce the danger for our flying feathered friends, engineers created the Vortex Bladeless wind energy generator, which is shaped like a tall, thin straw rather than having large rotating blades. The device harvests energy from swirling vortices in moving air, and since the bladeless wind energy generators are tall and thin, several of them can be installed in the space that a single blade turbine takes up. Its creators say the Vortex Bladeless cuts manufacturing costs by 53 percent and maintenance costs by as much as 80 percent compared to traditional turbines, and it has a smaller carbon footprint too. 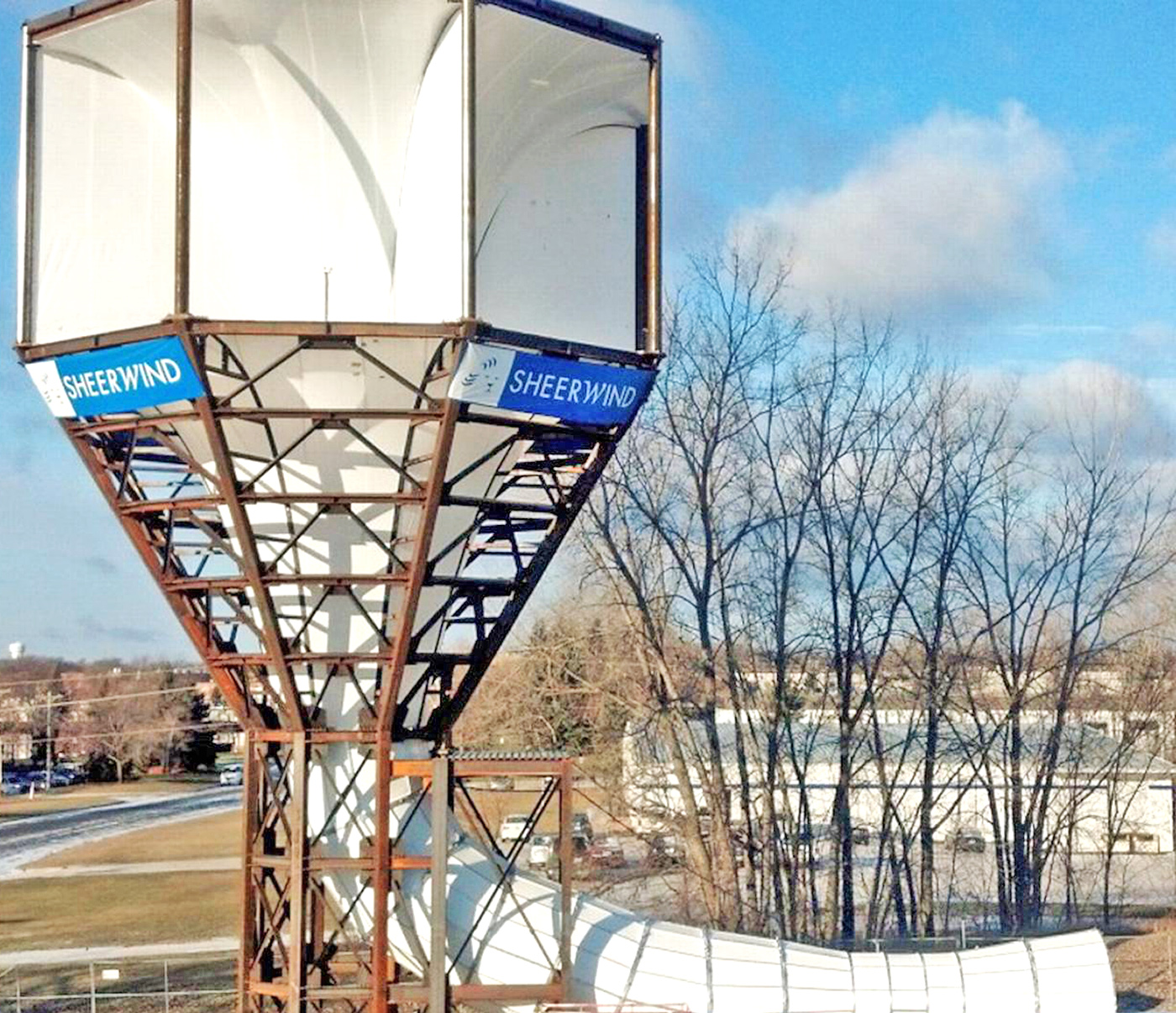 This innovative wind turbine is capable of producing 600 times more energy than conventional windmills. The SheerWind Invelox turbine is a tunnel-based wind energy generator that harnesses breezes at ground level and funnels them inward, accelerating the air’s speed. The Invelox generator can function even in low-wind conditions and, since it has no external blades rotating at high speeds, it doesn’t endanger local wildlife. It’s also less expensive to build than traditional wind turbines. 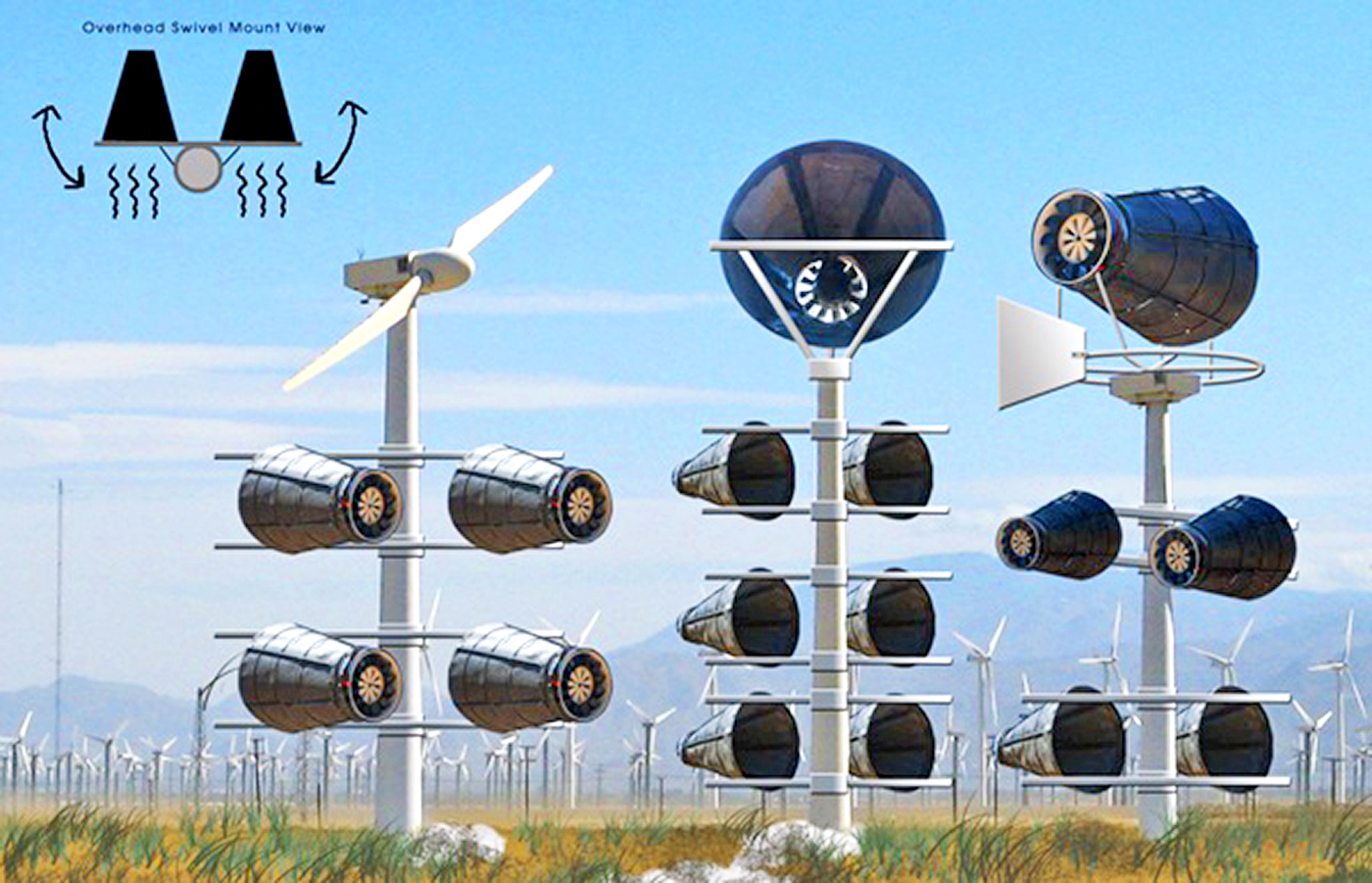 One of the oldest designs in this roundup was created by an 89-year-old military veteran who is also a bird lover. In 2012, Raymond Green designed the Catching Wind Power generator, which funnels wind currents with what looks like a giant megaphone and then compresses the incoming air in order to create more power at the turbine within. There are no external moving parts to pose a threat to birds or bats, though, making Catching Wind Power a lot safer than traditional designs. Green designed the system to be scaleable, hoping that both residential and industrial installations can generate renewable energy without endangering birds.