Sleep Isn’t What It Used to Be, Study Finds

Though closing our eyes and drifting off into unconsciousness is one of the simplest tasks we perform each day, scientists are still trying to unravel why we sleep – and how we can do it better.

“For sure, it is tempting to decrease the amount of sleep (maybe along with an improved intensity of sleep) with the idea to increase the efficacy of our life,” Dr. Christoph Nissen, a sleep researcher at University Medical Center Freiburg in Germany told ABC News in an email.

Humans need an average of seven and a half hours of sleep per night, but some only need five hours and some need as many as ten hours, according to the National Institutes of Health.

The Sleep Whisperer Can Help You Get to Sleep

Though we understand sleep is vital to things from mood and memory to metabolic functioning and immune systems, it’s still not completely understood, and solving sleep disorders is critical, Nissen said.

Between artificial light, devices that keep us connected 24/7 and modern day societal demands, sleep isn’t what it used to be, researchers have claimed. So Nissen embarked on a study, which aired on German television, to see how five healthy adults would sleep in a Stone Age-like settlement.

The participants spent eight weeks in a settlement in Southern Germany, living in huts built on stilts with no electricity, running water or modern day conveniences like phones, according to the study. They gathered their own food each day and returned to their beds made of brushwood and furs each night. There were no torches or candles in the huts.

Nissen and his fellow researchers used sleep-tracking armbands to learn that the participants slept an average of 1.8 hours more each night than they did before going to the settlement.

“As a whole, these observations provide some experimental support for the long-held notion that people under prehistoric living conditions experienced prolonged sleep times compared to people under modern living conditions,” they wrote in the study, published in the latest issue of the Journal of Clinical Sleep Medicine.

Though not exactly prehistoric, electricity pioneer Benjamin Franklin slept regularly from 10 p.m. to 5 a.m. each night, Mason Currey wrote in his book, “Daily Rituals.” (Franklin also enjoyed an “air bath” when he woke up each morning, in which he sat in his room naked for up to an hour, Currey said.)

But without electricity to provide artificial light, maybe it was easier for Franklin to live by his motto, “Early to bed and early to rise makes a man healthy, wealthy and wise.”

After all, Thomas Edison wouldn’t patent the first practical light bulb until 1880. 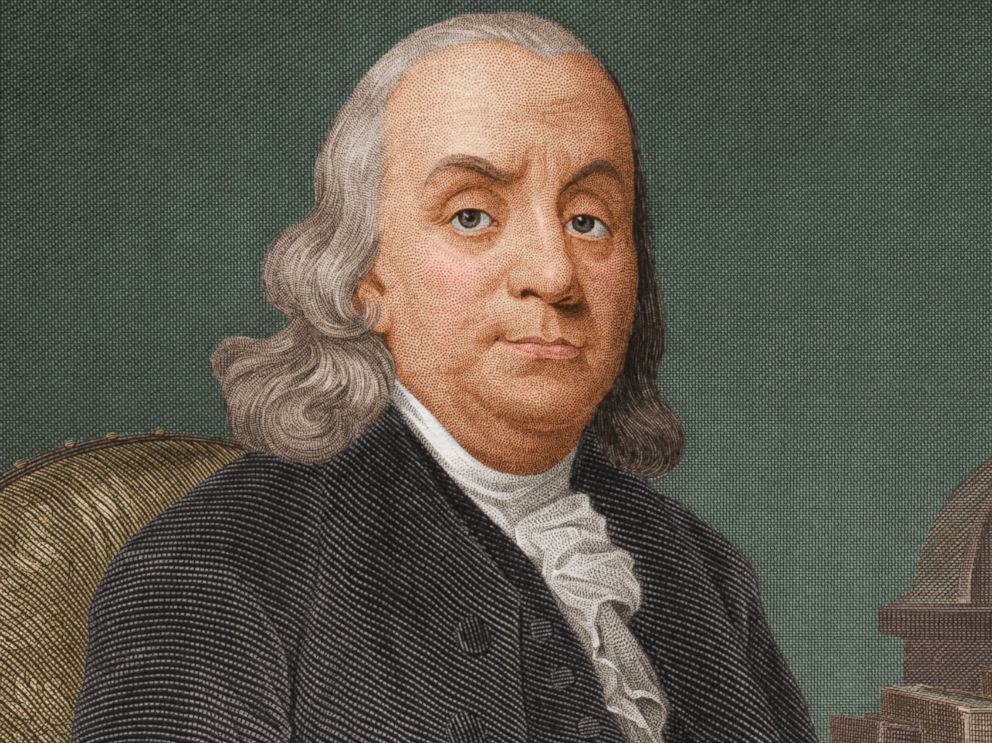 PHOTO: Benjamin Franklin slept from 10 p.m. until 5 a.m., according to author Mason Currey, who wrote a book about the daily rituals of geniuses.

Currey scoured biographies, interviews and other records to find out about the habits of some of the most influential minds throughout history, and said the most interesting sleep schedule belonged to Buckminster Fuller, an American architect, inventor and author.

In the 1930s, Fuller decided a normal night of sleep wasn’t working for him, so he decided to train himself to sleep only in 30-minute increments.