So the Job Market Is Strong, But There’s Still Plenty of Slack – Real Time Economics 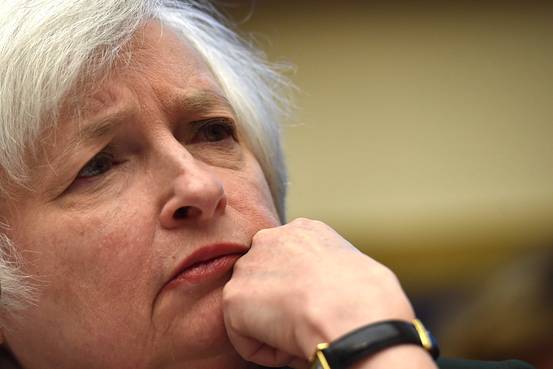 Friday’s jobs report revealed that the unrounded overall unemployment rate, at 5.26%, has finally dropped below its prerecession average, a point underscored in a blog post by Jason Furman, chairman of the White House Council of Economic Advisers.

So we’re now fully recovered from the recession, right? The labor market is cranking and the Federal Reserve is sure to pull the trigger on higher rates in September to keep the economy from overheating, right?

Well, not quite. Look below the topline unemployment rate and the picture becomes murkier. Yes, slack in the overall labor market has been absorbed. But as a chart below (created by Mr. Furman’s shop) points out, there is still plenty of labor market slack among certain groups. The share of long-term unemployed workers is still 34% higher than it was before the recession, although it’s come down noticeably.

And the much-scrutinized “U-6” unemployment rate, a broader indicator that includes those stuck in part-time jobs and discouraged workers, is still 14% above where it stood. The unemployment rates for women and Hispanics are also slightly higher than they were before the recession, Mr. Furman notes. There are two ways to look at this. The optimistic view would note that while some measures of labor market slack remain high, they’re all moving in the right direction. And since the recession was so severe, it’s only normal that some more vulnerable groups in the labor market should take longer to recover. A more pessimistic observer would argue it’s hard to make the case that the labor market is fully healed when it’s still so hard for those who have been unemployed six months or more to get a job.

So where does the Fed fall in all this? It’s hard to say for sure. While economists generally agree that Friday’s report puts the central bank firmly on track to raise rates next month, it’s clear that Fed Chairwoman Janet Yellen remains troubled by stubbornly high levels of slack.

“The lower level of the unemployment rate today probably does not fully capture the extent of slack remaining in the labor market–in other words, how far away we are from a full-employment economy,” she said in a speech last month in Cleveland.

Nothing in today’s data is likely to lead her to change that assessment.

July Jobs Report: Everything You Need to Know

Economists React to the July Jobs Report: ‘Will Keep the Fed in Play in September’