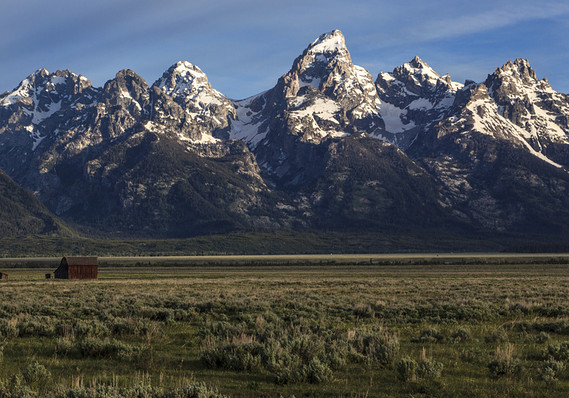 This is a special Saturday version of our newsletter, with complete coverage of the Kansas City Fed’s symposium in Jackson Hole, Wyo. Check out wsj.com this weekend for continued coverage of developments at the conference as global central bankers discuss labor markets and the outlook for monetary policy.

Yellen Says Job Market Improving, but Noncommittal About Policy Effect. The world’s leading central bankers are finding it difficult to walk away from the easy-money policies they have employed repeatedly during a long and disappointing global recovery. European Central Bank President Mario Draghi called on European politicians to pivot away from tight budget policies that have held back euro-zone growth and pledged additional central-bank steps if needed to spur growth. Meantime, Fed Chairwoman Janet Yellen expressed caution about moving quickly away from the U.S. central bank’s low interest-rate policies even as the job market improves and inflation inches higher.

ECB’s Draghi Signals Departure From Austerity Focus. Mr. Draghi said European central bankers and politicians each have a role to play in boosting demand and reducing joblessness. For its part the ECB is willing to take more action to spur growth if needed to keep very slow price increases from causing low expectations of future inflation, he said.

BOJ’s Kuroda Sees Pickup in Global Growth, Japanese Exports. The Bank of Japan is sticking to its expectation of an improving domestic economy and gradually rising inflation, even though exports have slowed of late and the economy stumbled in the second quarter after the introduction of consumption taxes. BOJ governor Haruhiko Kuroda, speaking on the sidelines of the Fed conference, said he expected the global economy to pick up steam and support Japanese exports.

Fed’s Lockhart: Unemployment Rate Overstates Job Market Progress. The Fed can likely wait until the middle of 2015 to begin raising interest rates from rock-bottom lows, given a job market that still shows signs of weakness and inflation that remains below central bank’s 2% target, Atlanta Fed President Dennis Lockhart said Friday in an interview with The Wall Street Journal. He said he remains fairly optimistic about the economy’s growth prospects. He thinks U.S. gross domestic product will average around a 3% annual rate coming quarters.

Fed’s Williams: Economy Still Benefitting From ‘Strong’ Fed Support—Fox Business Network. San Francisco Fed President John Williams repeated Friday that he believes it will likely be about a year before the central bank ends its ultra-easy money stance. “The economy is still benefiting from strong support from the Fed, and we don’t want to remove that yet,” Mr. Williams said in an interview on Fox Business Network.

Fed’s Bullard Points to Late First Quarter 2015 Rate Increase—CNBC. St. Louis Fed President James Bullard told CNBC Friday that the debate within the central bank is now fully centered on when to end its easy-money policies. “We are pretty close“ to achieving the Fed’s job and inflation goals, Mr. Bullard said in the interview. “We’ve really had pretty strong growth, and I think the labor markets are showing that.”

Activists at Jackson Hole See Recovery on Wall Street, ‘Not My Street.’ A group of activists descended on the Kansas City Federal Reserve Bank’s annual conference in Jackson Hole, Wyo., to tell central bank officials that any move to raise interest rates soon could wreak havoc on the lives of Americans still struggling with a weak economic recovery.

WSJ MoneyBeat Podcast: No Fireworks From Yellen. Fed Chairwoman Janet Yellen’s noncommittal take on the economy and labor markets failed to juice the markets. Our crew dissected Ms. Yellen’s highly anticipated speech, in which she acknowledged the improving job market, but stopped short of saying how the progress would affect the central bank’s monetary policies.

Study Sees Lost Job Market Dynamism. A study presented Friday at Jackson Hole raises questions about whether U.S. labor markets are actually all that dynamic. As measured by flows of jobs and workers across employers, U.S. labor markets became much less fluid in recent decades,” say economists Steven Davis and John Haltiwanger, of the University of Chicago and University of Maryland, respectively. “The loss of labor market fluidity suggests the U.S. economy became less dynamic and responsive in recent decades.”

Automation Is Polarizing the Labor Market. David Autor, a Massachusetts Institute of Technology economics professor, argues in a paper presented Friday at Jackson Hole that automation is polarizing the labor market. He says while automation is thinning out the ranks of middle-class jobs easily replaced by machines, it is increasing the ranks of low-skilled workers who perform tasks that can’t easily be displaced by machines — like cooks or home health workers — and the ranks of high-end workers with abstract thinking skills that computers can’t match.

There’s Nothing ‘Natural’ About Unemployment. Governments and central banks can and should take an active role in promoting job creation and reducing inequality in the wake of deep downturns such as the most recent recession, argues a paper to be presented Saturday at Jackson Hole. Taking aim at the economics notion that there is a “natural” rate of unemployment below which inflationary forces will spiral upward out of control, Giuseppe Bertola, economics professor at EDHEC Business School, says the state of the job market depends heavily on policy choices.

Concern Over Long-term U.S. Joblessness Overdone. A new paper to be presented Saturday at Jackson Hole makes a claim likely to raise eyebrows at the meeting: The problem of long-term joblessness following the recession is vastly overstated by a focus on what the authors see as the wrong sort of data. The paper’s authors, Jae Song, an economist at the Social Security Administration, and Till von Wachter, a professor at the University of California, Los Angeles, say the Fed is looking for such “slack” or underutilized resources in the wrong places.

Wish You Were in Jackson Hole? Follow all the WSJ’s coverage through the weekend here.