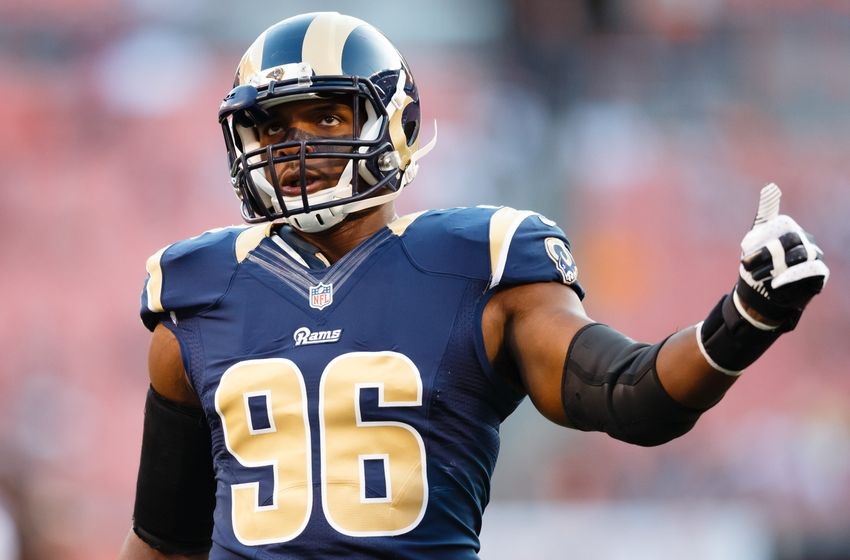 St. Louis Rams rookie defensive end has seen the long saga of his journey to becoming the NFL’s first openly gay player come to a screeching halt today, as the team has reportedly cut Sam, preventing him from their final 53-man roster.

ESPN Insider Adam Schefter reported the move just moments ago, noting that Sam is a prime candidate to make St. Louis’ practice squad, meaning he could theoretically get called up to action later on in the season:

Sam made headlines by coming out as a star defensive end at Missouri. He made some decent plays in the preseason (including this sack of Cleveland rookie Johnny Manziel).

He also made six tackles in the Rams’ 14-13 preseason loss to the Miami Dolphins on Thursday (August 28, 2014) in the last chance to fight for his roster spot. But he didn’t stick out as anything special in the eyes of Rams’ coach Jeff Fisher, who told NFL.com the following:

“I didn’t really see anything good nor bad out of him, but we’ll look at the tape. But he played hard, got a lot of snaps,” Fisher said, while noting that he believed the former Missouri star “can play in this league.”

The announcement as to whether or not Sam will return to the Rams as a practice member should be made in the coming days, and there is also the potential that another team will sign Sam. More on Sam and his quest towards a spot in the NFL as it develops.