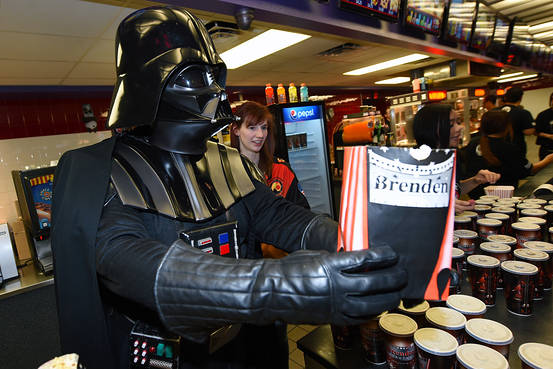 A Darth Vader lookalike serves popcorn on opening night of “Star Wars: The Force Awakens” at the Brenden Theatres inside Palms Casino Resort on Dec. 17, 2015, in Las Vegas. The highest-grossing film of all time may also have boosted December employment.
ETHAN MILLER/GETTY IMAGES

The force behind the latest Star Wars movie may have been felt even in December’s jobs report.

Jobs in the motion picture industry grew by a seasonally adjusted 15,000 in December. The average gain the prior 12 months was 700.

The big jump almost assuredly is due to movie theaters staffing up ahead of the release of “Star Wars: The Force Awakens,” said Wells Fargo economist Mark Vitner.

“The Christmas season is typically good for movie theaters, but the buildup for Star Wars was as big as the movie itself,” he said.

The concern for the economy? Like holiday jobs at retailers and fulfillment centers, Star Wars jobs could prove temporary, and thus be a drag on job gains early in 2016.

The force will not be with you, always. 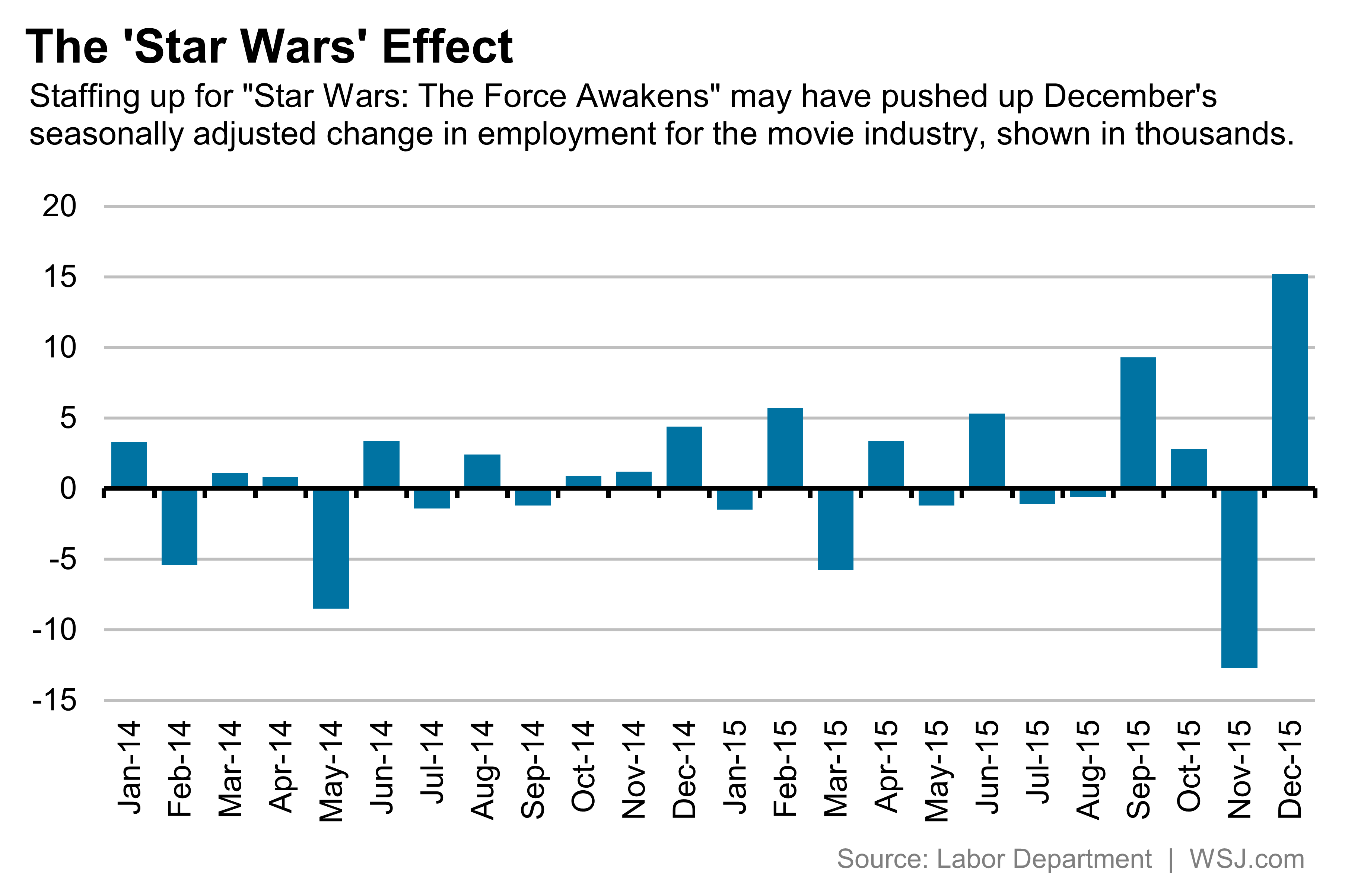 ‘Star Wars: The Force Awakens’ Becomes Highest Grossing Film of All Time in the U.S.