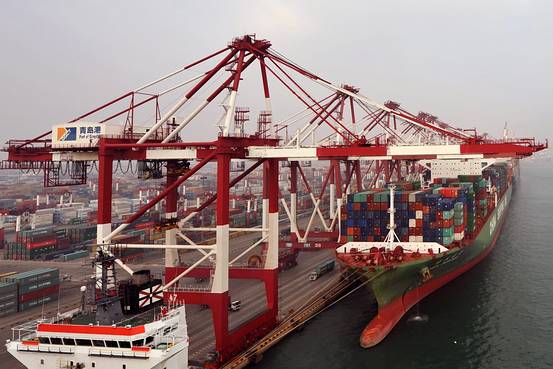 The bulk of American trade distortions have been directed at China, whom U.S. steel producers and other companies blame for disgorging underpriced exports.
EUROPEAN PRESSPHOTO AGENCY

By now, almost everyone following economic news knows that global trade is swooning this year, buffeted by low commodity prices, an uncertain transition in China and a decelerating world economy.

But some of the biggest countries in the world are compounding the problem with a slew of protectionist measures, ranging from higher tariffs to government bailouts of exporters, according to a report published Thursday.

Overall, the Group of 20 leading economies, whose leaders meet Sunday, have resorted to so-called “trade distortions” 40% more frequently in the first 10 months of 2015 than they did last year, economists Simon Evenett and Johannes Fritz wrote in a Global Trade Alert report published by the Center for Economic Policy Research in London.

India, Russia and the U.S. have imposed the most “trade-distorting” measures since 2008. In fact, Russia and India have hit no fewer than nine of the other top 20 global economies more than 150 times since November 2008, during the depths of the financial crisis, the report said.

The bulk of American trade distortions have been directed at China, whom U.S. steel producers and other companies blame for disgorging underpriced exports that would normally be absorbed by the world’s second-biggest economy, now seen as slowing and shifting toward consumerism. Besides China, other top victims of global trade measures are the European Union and the U.S.

Russia, stung with Western sanctions after annexing Crimea, has responded with a battery of countersanctions and other measures hitting trade with European Union countries, the U.S. and China. The only members of the Group of 20 biggest economies that are not heavily involved in the “beggar thy neighbor” trade distortions are commodity giants Saudi Arabia, Australia and Canada, the report said. New initiatives at the World Trade Organization to free up trade and the Trans-Pacific Partnership agreement linking the U.S. and other countries around the Pacific probably won’t be implemented in time to counteract the latest trade slowdown.

Instead, Messrs. Evenett and Fritz recommend that the Group of 20 biggest global economies take stronger stands to boost trade and promote growth. Lifting trade barriers may be difficult in the U.S. during an election year, especially when two leading presidential candidates—Hillary Clinton and Donald Trump—have taken strong stands against the TPP deal.

Video: Republican presidential candidate Donald Trump says at the GOP debate that he believes the TPP is a very bad deal that will only lead to future bad trade deals. Photo: Getty