Though doctors spend decades perfecting their crafts, they don’t exactly get dress rehearsals when it comes to performing complex surgeries on one-of-a-kind patients.

At Boston Children’s Hospital, doctors perform practice surgeries with replicas of their patients’ body parts. Though the hospital has had a simulation program for about a decade, it started 3D-printing children’s body parts about a year ago, said Dr. Peter Weinstock, director of the hospital’s simulator program.

“They perfect what they want to do before ever bringing the child into the operating room or putting them to sleep,” Weinstock said. 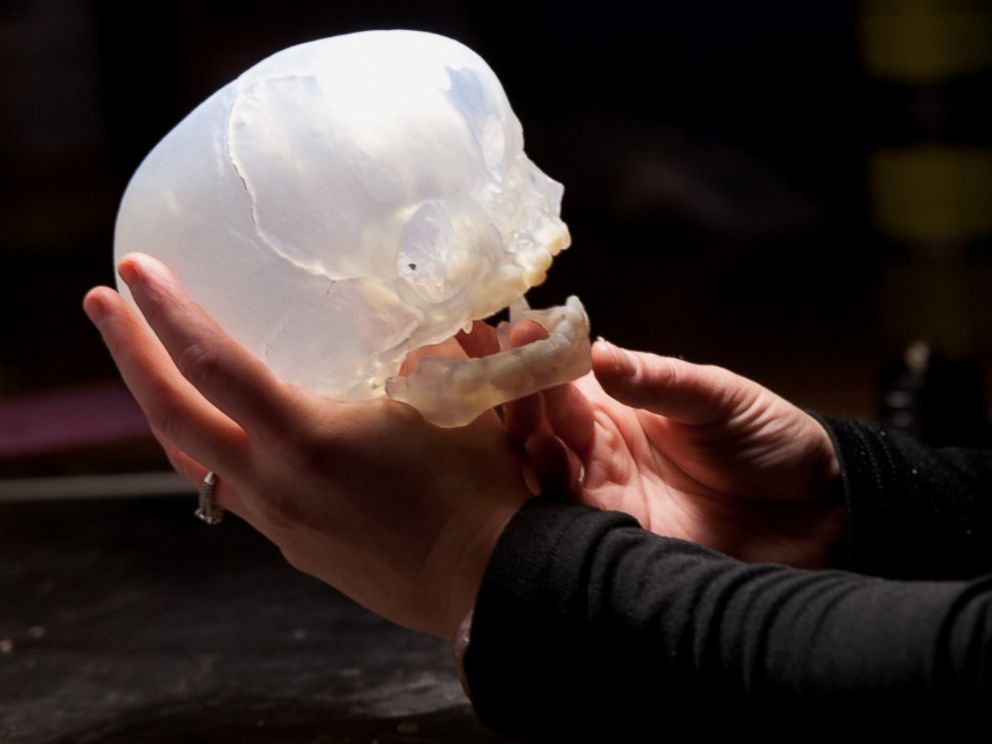 PHOTO: This replica of a patient’s skull can be critical acts as a guide to help surgeons prepare for their surgeries.

The models are also used to help parents understand their children’s surgeries before the operation and to educate students afterward, Weinstock said.

The printer is precise, with a resolution of between 16 and 32 microns per layer. That means each layer is about the width of a “filament of cotton,” Weinstock said. And since the printer can print multiple resins or textures, doctors can work on replicas that model different tissue types, like brain matter and blood vessels.

The printer only takes a few hours to do their work once CT scans and other forms of imaging are collected and rendered into 3D models. A child’s finger might take three hours to print, but a chest replica they made last week took longer, Weinstock said.

The team has already printed about 100 body parts over the last year and demand is growing, Weinstock said, adding that the printer is running around the clock. 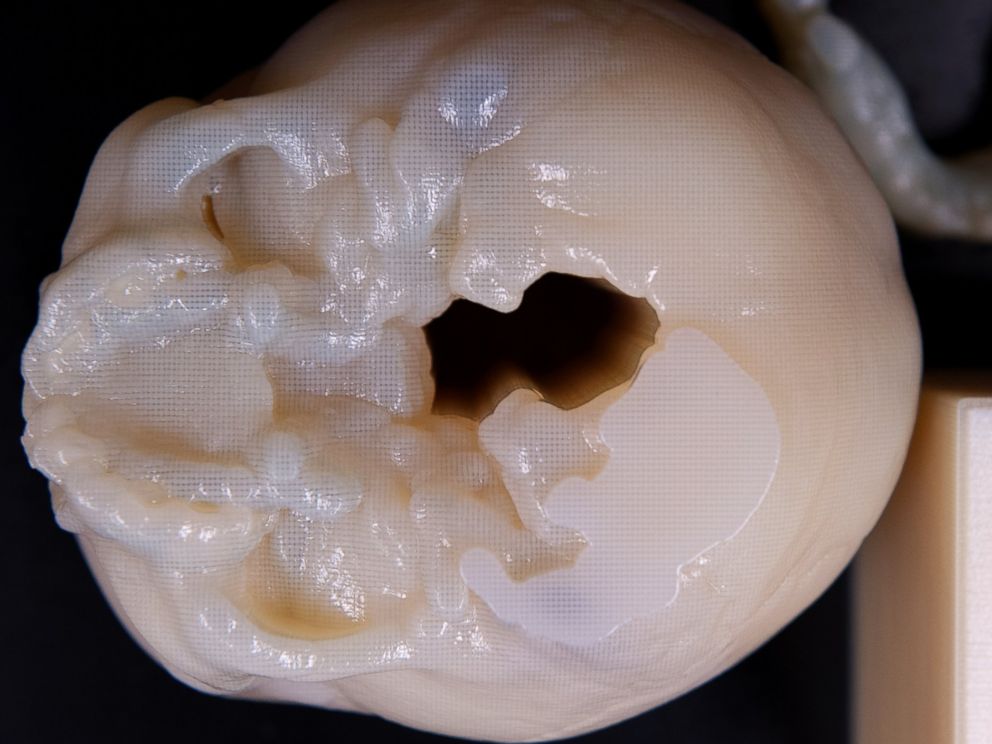 PHOTO: This 3D-printed objects helps simulate the real thing before doctors operate on their pint-sized patients.

Dr. Ed Smith, a pediatric neurosurgeon at Boston Children’s, said he recently used several different 3D models to perform brain surgery on a 15-year-old patient with an abnormal cluster of veins above his optical nerve. One wrong maneuver and the patient could have gone blind.

He even used a see-through replica of the patient’s skull on a light box in the operating room as a reference.

“It’s kind of like being superman with X-ray vision where you can actually hold this up and see right through it,” Smith said.

The surgery, which would have normally taken five or six hours, wound up clocking in at 2 hours and 20 minutes, Smith said.

Though Boston Children’s hasn’t conducted any formal studies of how the models help surgeons, Smith said he’s heard anecdotally that they result in shorter surgeries because doctors know what to expect. 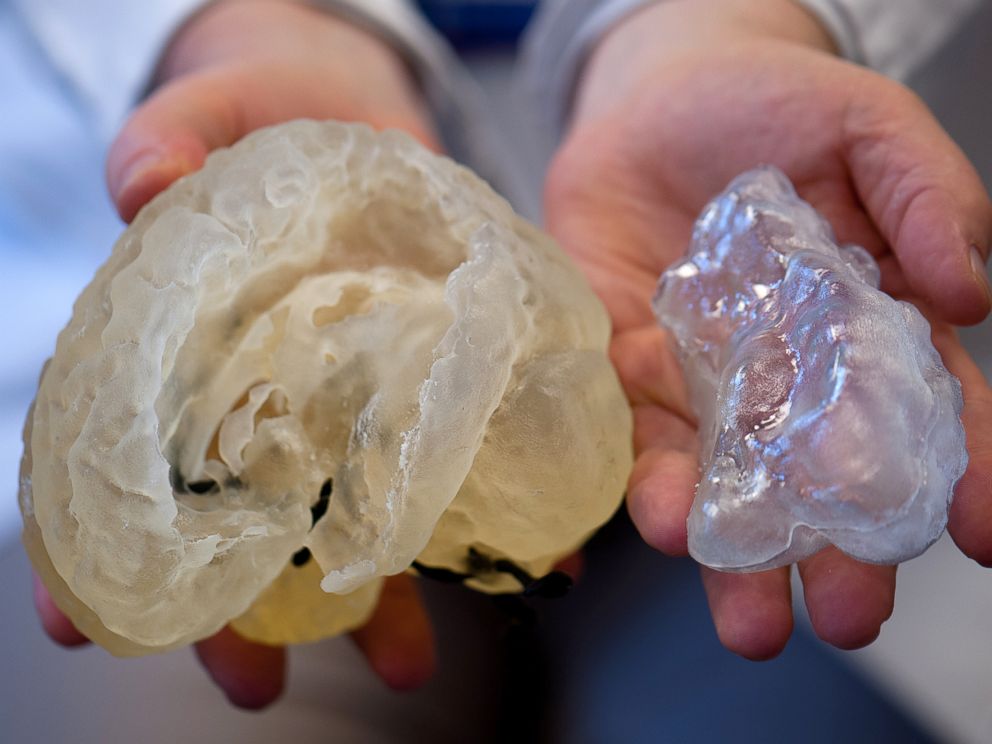 PHOTO: A doctor holds up 3D printed organs, which are used to help doctors practice for their surgeries at Boston Children’s Hospital. 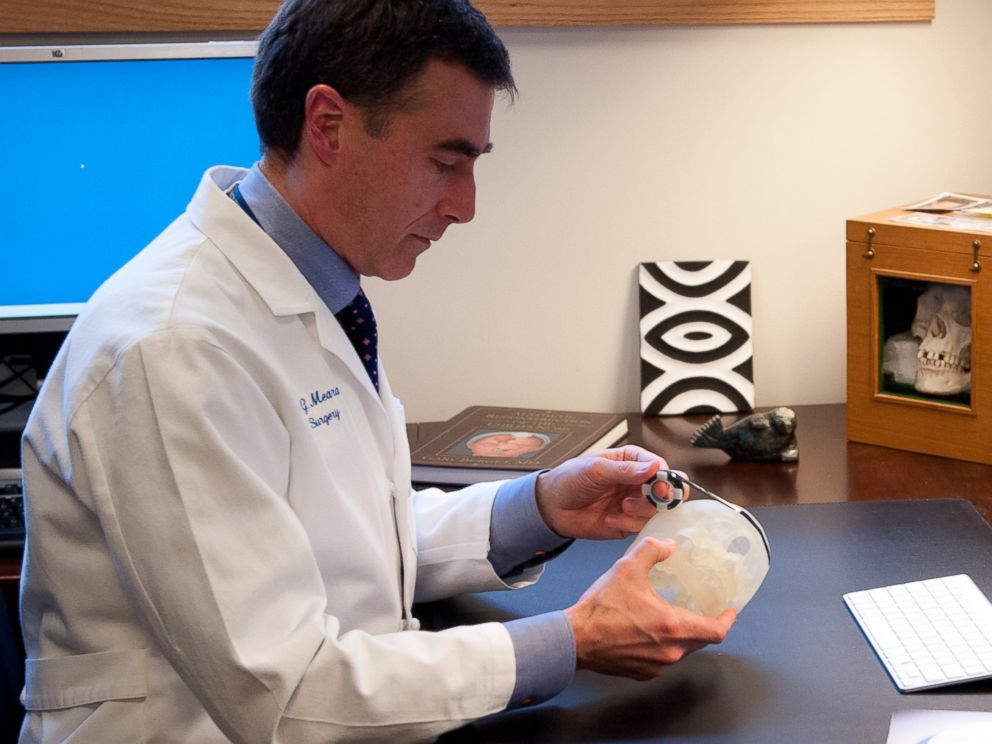 PHOTO: Dr. John Meara holds a 3D-printed skull of one of his patients.

PHOTO: The 3D replicas have high resolution down to the size of a “droplet in a cloud.”