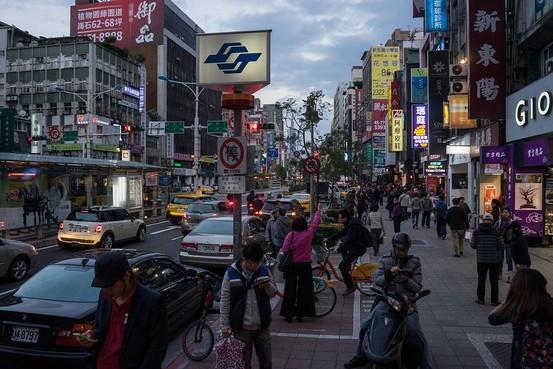 TAIPEI—Record exports of iPhone components put Taiwan back on many economists’ watch list this year. Will the island of 23 million people–with an economy just 5% the size of neighboring China–continue apace in 2015?

More than its regional neighbors, Taiwan is able to capture the benefit of reviving U.S. demand–and that export lift will continue to trickle through the domestic economy.

As a result, Taiwan will notch 3.4% growth in 2014 according to government estimates. Economists predict gross domestic product will grow 3.5% or more next year. While that’s a far cry from the blistering growth more than 10% in the late 1990s and early 2000s, an International Monetary Fund projection in October says that Taiwan will likely replace New Zealand as the second-fastest growing economy among advanced Asian countries next year behind South Korea.

Taiwan owes much of its growth to an improving U.S. economy, after years of postcrisis accommodative monetary policy finally have started to spark demand. The IMF expects the U.S. to grow 3.1% next year, after expanding at rates below 2.5% over the past five years.

In November, Taiwan’s exports to the U.S., mostly electronics and machines, rose 11% from a year earlier—the biggest growth among all of Taiwan’s overseas markets. Although direct shipments to the U.S. were only about one-tenth of Taiwan’s total exports of $26.68 billion last month, much of the island’s exports to China and Southeast Asia–totaling $15.69 billion at nearly 60% of Taiwan’s overall exports–were actually further processed and then re-exported to the U.S.

Taiwan can reap more reward from the U.S. recovery than other Asian exporters, such as Japan and Singapore, largely because of the island’s central role in the global supply chain of electronic products. Taiwan Semiconductor Manufacturing Co. and Hon Hai Precision Industry Co., for instance, are key suppliers of Apple Inc.’s wildly popular iPhones and iPads. The global rollout of the fourth-generation mobile network also creates fresh demand for smartphones and tablets in both high and low price segments.

The government expects domestic corporate investments will grow 5.6% in 2015, faster than its estimated 4.1% for this year. For instance, TSMC, which makes microprocessors for the new iPhones, said it will earmark at least $10 billion on advanced machines and technology in 2015.

Taiwan’s GDP will add 0.4 percentage point for every 10% decline in oil prices, according to Mr. Kwon. Taiwan imports almost all its energy needs.

To other economists, however, Taiwan’s growth prospects in 2015 are murky at best.

China’s 4.7% growth in exports last month fell short of expectations. That Taiwan’s exports to China contracted 0.3% that month also indicated China’s domestic demand was softer than many would think.

Cross-strait politics is another concern.

Taiwan’s ruling Nationalist Party, which backs closer ties with Beijing, took a beating in local elections late last month. Analysts say the results likely dampen the party’s chance for presidency in 2016, putting a pending services-trade pact with China in peril. As a result, some companies could slow expansion as prospects of doing more businesses with China dim, economists say.

A free-trade pact between China and South Korea could also accelerate outflows of investment from Taiwan. The deal could shave up to 0.6% percentage point off Taiwan’s annual GDP, according to a research team formed by Cathay Financial Holdings and National Taiwan University.

What’s more, some Taiwanese manufacturers are moving their factories to China from Taiwan to avoid tariffs imposed on Taiwanese-made products. About half of Taiwan’s production already is taking place outside of the island, mostly in China, as manufacturers took advantage of lower production costs and larger labor pool. Because overseas production doesn’t count toward GDP, some economists argue that the current upswing in exports have done little to boost Taiwan’s domestic wages and demand.

Still, most economists believe Taiwan’s economy will be able to operate at full capacity next year. Taiwan has had an output gap, which measures how far actual output is below the economy’s full potential, since late 2011.