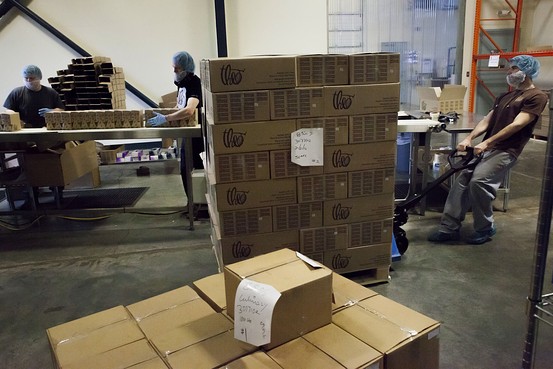 Growth in the U.S. economy cooled in the final three months of 2014, showing a breakout pace earlier in the year proved unsustainable. Gross domestic product, the broadest measure of goods and services produced across the economy, expanded at a 2.2% annual pace in the fourth quarter, the Commerce Department said Friday. That was weaker than the initial estimate of 2.6% reported last month.

Here are some takeaways from the report:

The Revised Mix Is Better for the Outlook

As Commerce revises down its initial read on fourth-quarter growth, the contributors to growth look more positive for 2015′s outlook. Consumers are still spending at a robust pace, businesses increased spending on equipment instead of cutting investment (though growth is still lackluster), exports grew slightly faster and inventories didn’t pile up as fast as first estimated. The mix means demand generated more growth last quarter and companies aren’t dealing with an overhang of inventories. That will allow production to increase this quarter and beyond.—Kathleen Madigan

The big consumer-spending gains reported in the first estimate of fourth-quarter growth held up in today’s revision. The reading on consumer-spending growth eased a tenth to 4.2% on cuts to initial views on goods spending that was mostly offset by an upward revision to services spending. The 4.2% matches the biggest increase since early 2006. Americans have been particularly upbeat lately, although the Conference Board’s index of consumer confidence fell more than expected this week after jumping to a multiyear high in January as gasoline prices have been rising. Consumer spending accounts for about 70% of demand in the U.S. economy.—Kate Davidson

Rising company stockpiles contributed less to GDP than originally thought in the fourth quarter, a short-term drag that may signal slightly better growth at the start of 2015. Imports also increased, driving down real GDP growth to 2.2% from the first estimate of 2.6%. Those downward revisions were offset partly by boosts to business investment–primarily R&D and equipment–and higher-than-initially-thought state- and local-government spending. For the year, real GDP is now said to have risen 2.4%, versus 2013′s 2.2%. The increase was broad-based, driven by consumer spending and business investment, but government remained a drag. The data suggest the overall economic trajectory is little changed over the past three years. —Kate Davidson

Business Investment Not as Bad as First Estimated

Business investment slowed in the fourth quarter–just not as much as initially thought. Today’s revised GDP report shows spending on structures, equipment and products like software rose at a 4.8% annual pace last quarter, far above the initial estimate of 1.9%. The revision was driven by R&D, information processing and transportation equipment. Still, the updated figure still pales next to the third quarter’s 8.9% increase. But a separate Commerce report this week showed a key measure of business investment climbed for the first time in five months. Some economists think budget cuts in the oil-and-gas sector, alongside weakness overseas, may be squeezing some U.S. companies.—Kate Davidson