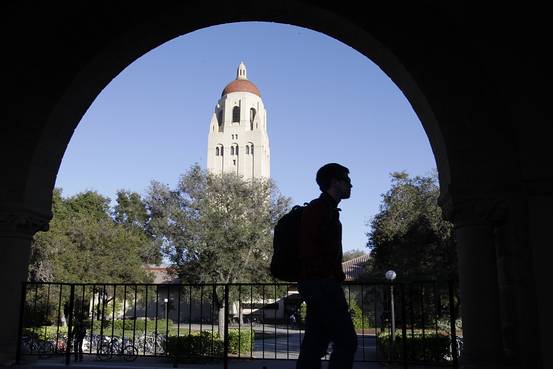 Higher-education tax credits don’t do much to boost college attendance, according to new research.
ASSOCIATED PRESS

The federal government spent $23 billion last year on tax credits to families paying for college. Despite the generous payout, the funds likely didn’t do much to boost college attendance, according to a new paper published by the National Bureau of Economic Research.

Higher-education tax credits, which have been around since 1997 and then were expanded significantly in 2009, don’t affect whether or where students enroll, or what other financial aid they receive, according to economists George B. Bulman of University of California, Santa Cruz, and Caroline M. Hoxby of Stanford University.

One big reason the money doesn’t make much difference in whether someone decides to go to college, or what school they attend, is the timing of the credit. Tuition bills arrive an average of nine or 10 months before a family would receive any tax credit, so the upfront costs remain an obstacle to many families.

The American Opportunity Tax Credit, which kicked in six years ago, increased eligibility to families earning up to $180,000 (from the prior $120,000 cap). The 2009 update also expanded coverage for lower-income families who don’t owe any taxes. But because the credit is calculated as a portion of the money spent on college and many low-income families fund school with grants, rather than savings, they don’t get money back. The authors found that college attendance didn’t increase among the newly eligible families in 2009.

Schools and states are conducting their own experiments to boost attendance by cash-strapped students, though how they define that segment of the population is shifting. Many now offer middle-class scholarships, for students whose families earn well into the six figures. Stanford announced last month that new students with family income below $125,000 won’t pay any tuition, up from a $100,000 cutoff.

Program critics argue the money could be better spent making up the difference between paltry Pell Grant payments and actual college tuition for the neediest students. They say that middle-class students already get plenty of help, courtesy of tax credits.

Who’s Most Likely to Default on Student Loans?