Most bites from brown recluse spiders go unnoticed, experts say. But not the one that turned Jessica Blessing’s leg blue.

Blessing, a 19-year-old home health nurse from Nashville, Tennessee, said she woke up immediately after the tiny spider bit into her leg in bed.

“I started itching and when I got up to look at it, I could see it was swollen and blue,” she told ABC News. “Within three hours I was throwing up. I had a 103 fever and chills. It hurt to walk and I was limping really bad.”

7 Insects That Will Bug You This Summer

Avoid These 7 Stings of Spring

The bite sent Blessing to the hospital for five days in May, she said, and she still makes weekly visits to the doctor to have dead flesh cut from the wound. She says she’s now terrified of spiders and keeps sticky traps all over the house.

But experts say Blessing’s experience is an extreme case.

“In rare instances, a brown recluse bite can cause a severe reaction and may even be deadly,” said Bennett Jordan, the staff scientist for the National Pest Management Association. “But in a vast majority of cases – 90 percent – the reaction is very mild.”

Rick Vetter, a University of California TK expert on the brown recluse, said rumors of a sharp rise in spider bites are greatly exaggerated – and difficult to prove.

“Many times it’s a misdiagnosis,” he said, explaining that bacterial infections, diabetes ulcers, poison ivy and a myriad of other medical conditions are frequently mistaken for spider bites. “Unless you actually witness the spider chomping down, you can’t say for sure that’s what it was.”

Vetter also said that the vast majority of bites go unreported because most people don’t realize they’ve been bitten. At the same time, he said he’s skeptical about many of the occurrences that are reported to authorities, pointing to the fact that there have been over 850 spider bite reports filed in Florida over a six-year period despite only seventy confirmed sightings of the arachnid in the state in the past 100 years. 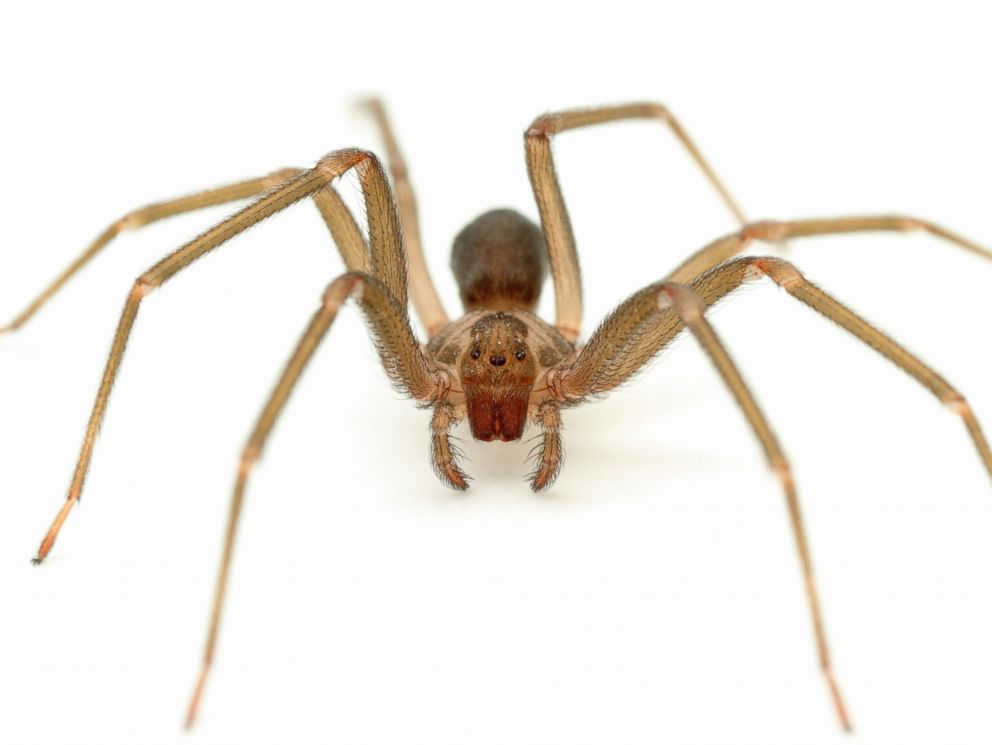 PHOTO: Brown recluse spiders are found in the south and Midwestern parts of the country.

Blessing’s bite was confirmed by a doctor, and brown recluses are common in the region around Nashville where Blessing lives. The Tennessee Poison Center fields between 50 to 100 brown recluse spider bite claims a year.

Linda Rayor, an arachnologist with Cornell University, said it’s unlikely that brown recluse populations are exploding and argued that fear of being bitten is probably arachnophobia at play. She said she doesn’t doubt Blessing’s story, but said she tends to be skeptical about spider bites.

“The chances are crazy high in favor of a fly or a mosquito, but people would rather blame the spider,” she said.