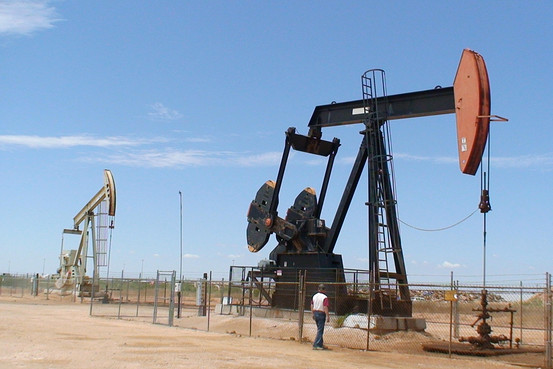 Texas has seen strong growth in recent years, outpacing the U.S. recovery in part thanks to a boom in domestic oil production. Now a drop in oil prices risks a regional recession.
Agence France-Presse/Getty Images

“As we weigh the evidence, we think Texas will, at the least, have a rough 2015 ahead, and is at risk of slipping into a regional recession,” Michael Feroli said in a note to clients.

Texas has seen strong growth in recent years, outpacing the U.S. recovery in part thanks to a boom in domestic oil production. The state’s unemployment rate in October was 5.1%, below the national rate of 5.8%, according to the Labor Department. Gross domestic product in Texas expanded 6.9% in 2012 and 3.7% in 2013, beating national GDP growth of 2.5% and 1.8% respectively, according to the Commerce Department.

But Texas could be in danger from the global swoon in oil prices since the summer. The per-barrel price of West Texas Intermediate, a benchmark U.S. crude oil, has fallen nearly by half since its June peak.

That’s good news for most U.S. consumers and businesses, who are enjoying lower energy costs including cheaper gasoline. “It’s something that is certainly good for families, for households,” Federal Reserve Chairwoman Janet Yellen said Wednesday. “It’s putting more money in their pockets, having to spend less on gas and energy, and so in that sense it’s like a tax cut that boosts their spending power.”

But in 1986, Mr. Feroli noted, a similar decline of just over 50% in crude oil prices caused a regional recession in Texas.

There are some reasons to believe this time may be different, such as “rapid technological gains” in the energy sector that have reduced extraction costs, he said. But he concluded that those arguments “are not so strong as to signal smooth sailing for the Texas economy.”

The oil and gas industry is roughly the same share of the state economy today as it was in 1985 in terms of output, though its employment share is somewhat lower, he said.

On the upside, he said the U.S. economy as a whole probably won’t be derailed by a Lone Star downturn.

“The national economy performed quite well in 1986, in spite of the Texas recession,” Mr. Feroli said. “We expect the U.S. economy will perform well next year too, though some regions–most notably Texas–could significantly underperform the national average.”

Air Travelers Aren’t Getting a Break From Lower Oil Prices

Where U.S. Factories Have the Most to Gain From Cheap Oil

WSJ Survey: Oil Prices Are Near Their Bottom