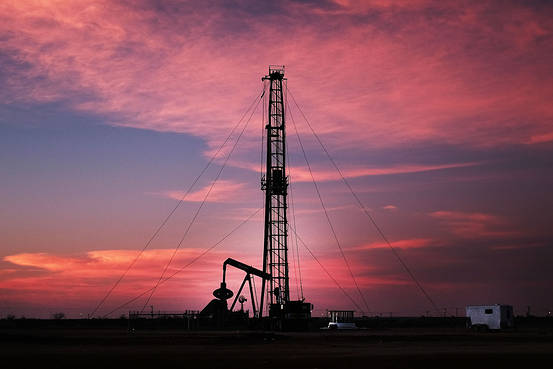 Midland, Texas, had the strongest growth among metro areas in 2014, with the local economy expanding by 24.1%.
SPENCER PLATT/GETTY IMAGES

The fastest growing economies in the U.S. last year were largely found deep in the heart of Texas.

Half of the 16 U.S. metro areas where the economy grew at a 6% rate or better last year were in Texas, led by the energy-rich Midland region’s 24.1% advance in gross domestic product, the Commerce Department said Wednesday.

The common theme among those regions is energy. Natural resources and mining, which includes oil and gas extraction, was a relatively small contributor to growth, on average, in U.S. metro areas. But for areas leading overall growth, it was among the biggest drivers. For example, in Greely, natural resources and mining accounted for over a third of the area’s total economic growth.

The decline in oil prices over the past year is likely causing the economies in some of those fast-growing areas to slow or contract in 2015, though the Commerce Department only releases metro-level GDP on an annual basis. For example, the economy in the Odessa, Texas, area advanced 6.3% in 2014, but that region’s unemployment rate has increased to 4.5% in July 2015 from 3.8% a year earlier.

Among the metro areas with the 25 largest economies, Dallas was the leader, followed by San Jose, Calif., up 6.7% and San Francisco, up 5.2%. The national largest metro economy, New York, increased 2.4%–matching the national increase in GDP.

Washington, D.C., was the slowest-growing large metro area, with the economy there advancing 0.3% in 2014 after failing to grow in 2013.

But in 10 regions, the economy contracted at a 3% pace or worse. The largest pullback occurred in Homosassa Springs, Fla., which declined 7.5%. That likely reflects Duke Energy’s 2013 closure of a nuclear power plant in the area, one of the region’s key economic engines.