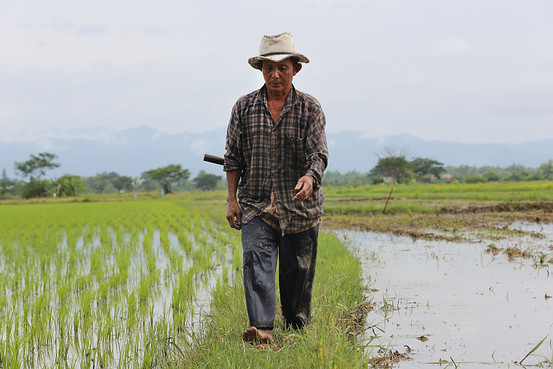 Among the pressing tasks facing Thailand’s ruling military junta is cleaning up the mess from the former government’s disastrous rice-subsidy scheme.

One thing’s for sure: The subsidy is dead, at least for now.

Thai army chief Gen. Prayuth Chan-ocha, who seized power May 22, officially confirmed last Friday that there are no plans to revive the multibillion-dollar program. That ends speculation about the future of a program that cost Thailand its crown as the world’s largest rice exporter and was a significant factor in the previous government’s downfall.

“Today, if you ask me, there will definitely be no rice scheme, but whether we will have one in the future is a different matter,” Gen. Prayuth told senior military and government officials at a meeting on the country’s budget.

The decision could be left to the new interim government, which Gen. Prayuth said will be set up by early September at the latest.

Ousted Prime Minister Yingluck Shinawatra launched the rice subsidy in October 2011, shortly after she was elected.

Under the program, the government offered to buy rice from local farmers for up to 50% above the market rate in a bid to boost incomes and spending among a key constituency. The premise was that by hoarding rice Thailand would be able to force up rice prices globally, reaping a larger profit when the stocks were eventually sold.

But the program backfired as India and Vietnam ramped up their own rice exports, knocking Thailand from its spot as the world’s top producer and forcing prices down.

State warehouses were flooded with an estimated 10-15 million tons of rice that Ms. Yingluck’s administration was forced to sell in order to pay farmers after the plan’s financing became unsustainable, driving down prices further. Still, many farmers went unpaid for months, and a few committed suicide after finding themselves unable to pay off debts.

Shortly after taking power, Gen. Prayuth ordered the Bank of Agriculture and Agricultural Cooperatives, the state farmers bank, to disburse overdue payments to about a million farmers, a total of about 90 billion baht, or $2.7 billion. About 75% of those funds have been disbursed, the bank said.

Groups of farmers recently have asked the junta to provide some form of assistance, with some even proposing a 40% profit guarantee. Gen. Prayuth said Friday that the military would focus on helping farmers reduce costs of production, such as for seed and fertilizer, and on promoting agricultural cooperatives.

Meanwhile, the acting permanent secretary of the Prime Minister’s Office — now controlled by the junta — on Friday banned the relocation of any rice stocks in state warehouses until they’ve been counted and audited.

It’s unclear how many tons of rice are still sitting in the warehouses, as the Yingluck administration was reluctant to disclose the amount – or the extent of the program’s financial losses.

The country’s anticorruption panel said in May that the program cost the state about $9.2 billion, and indicted Ms. Yingluck for mismanaging it. The panel forwarded its verdict to the Senate to begin impeachment proceedings against Ms. Yingluck, which could result in a five-year ban from politics, but the Senate was dissolved after the military took power.