The 10 Most Endangered Jobs (Or, Why You Are Reading This Online) – Real Time Economics 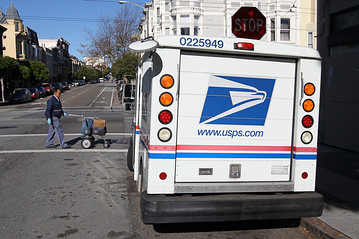 Want some job security in the future? Avoid any career involving paper — and that includes newspapers.

A new study released Tuesday by job-search site CareerCast.com, lists the 10 top endangered jobs in the U.S. Using data on 200 jobs from the Bureau of Labor Statistics, CareerCast projected the least promising career paths in terms of future employment growth, income potential and existing unemployment in the job field.

Topping the list is mail carriers. Although postal workers in the tight labor markets of North Dakota received hefty pay raises last spring, CareerCast forecasts the number of postal workers will shrink by 28% by 2022. Instead of snail mail, consumers are using Facebook and Twitter to keep in touch and are paying bills on-line.

Other at-risk jobs include lumberjacks, printing workers and newspaper reporters.

“The common theme in these jobs is paper,” says Tony Lee, publisher of CareerCast.

“Consumers are not eschewing reading the news or the latest bestseller, but rather are consuming their information online and not in print,” the report said. (You’re reading this online, aren’t you?)

Other professions are at risk because advances in technology have eroded demand for each particular service.

For instance, gas and electric companies have switched to electronic meter readers that instantly monitor usages, cutting into the need for human meter readers. Plus, “tax audits are automated, reducing the need for tax examiners” says Mr. Lee.

“Instead of going into taxes, we advise people who like numbers to go into actuarial sciences,” he says. Indeed, actuary and statistician are two of the best jobs in 2014, according to CareerCast.