The Best and Worst Countries to Run a Business, According to the World Bank – Real Time Economics 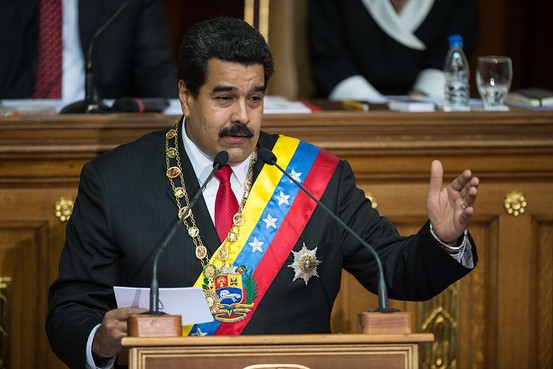 Venezuelan President Nicolas Maduro, shown in January, presides over one of the worst countries for doing business, according to the World Bank.
FEDERICO PARRA/AFP/GETTY IMAGES

Rather than create more attractive business climates to spur souring growth prospects, many of the world’s largest economies may actually be making it more difficult to start and run a company.

Almost half of the Group of 20 largest economies have fallen in the World Bank’s annual “Doing Business” rankings, including emerging markets such as China, Turkey, South Africa and Brazil that most need economic overhauls to revive growth prospects.

The World Bank’s flagship report on the best and worst places to start and operate a business in 189 economies around the globe underscores the inability of many governments to make needed policy changes.

Global growth is settling into a long period of anemic expansion as large emerging markets—the world’s most powerful engines since the global financial crisis—sputter and big advanced economies remain stuck in low gear. Those troubles are rippling out across the globe, jeopardizing prospects for rich and poor countries alike. G-20 nations have vowed to restructure their economies to make them more competitive and attractive to investment, but have so far failed to deliver on their promises.

Ballooning government debt levels and central banks that have stretched the frontiers of monetary policy are leaving authorities with little ammunition to jumpstart growth.

“Today, the pressure is on economies because the other drivers of growth are not doing well,” said Kaushik Basu, the World Bank’s chief economist, in an interview. “So a lot depends on the ease of doing business….There is a much greater need to work on this than before.”

The rankings of the 189 economies can be a boon or humiliation to countries around the world seeking to attract more investment. They’re based on a raft of indicators that gauge the business climate, including paying taxes, registering property, permitting and contract enforcement. Over the last two years, the bank has been updating its metrics, including trying to better measure the quality of regulations.

The top 10—the most business-friendly countries—were largely unchanged from last year, with Singapore holding its No. 1 ranking and the U.S. still in the No. 7 spot. Eritrea, Libya, South Sudan and Venezuela were ranked the worst countries to try and run a business, respectively. Costa Rica, Brunei, Kenya and Uzbekistan recorded the largest gains. Albania, Rwanda, Gabon and Kiribati were among those that fell the furthest in the list.

India shows the potential gains many countries could make by pushing through economic overhauls. The government has enacted a number of policies that have bolstered investor and business confidence. For example, eliminating the minimal capital requirement needed to start a company and cutting the bureaucratic red tape needed to get electricity helped propel the country up four spots in the rankings. The government’s economic restructuring efforts have helped avert financial turmoil and make the country the fastest-growing major emerging market in the world.

Still, India’s low ranking, at 130, also reveals the difficulties many countries face in trying to overhaul burdensome rules and regulations.

Mr. Basu called it a bureaucratic trap: “You know that you want to improve, but there are different interest groups that hold you back….This is a collective-action problem that needs to be solved.”

To be sure, while the report helps measure areas of productivity and competitiveness in economies, the World Bank acknowledges the report isn’t a perfect gauge. It has faced criticism over the years as not being an accurate reflection of the state of affairs on the ground. Mary Hallward-Driemeier, a World Bank economist, and Lant Pritchett, a Harvard University economist, found earlier this year “almost zero correlation” between the Doing Business findings and those based on surveys of business enterprises that the bank helps conduct around the world.

But it does show some broad trends. More than 90% of Eastern European and Central Asian countries implemented one or more policies over the last year that improve the business climate. Three-quarters of sub-Saharan nations rolled out at least one, and sometimes many more, new regulations that encourage corporate growth.

The report is also a strong indicator for bribery, extortion and government graft.

“You could think of Doing Business indicators in the aggregate as being actually a very good proxy for corruption,” said Augusto Lopez-Claros, head of the bank’s global indicators division. “Excessive red tape, bureaucratic obstacles and procedural difficulties very often are disguised forms” of policies to facilitate corruption, he said.

Plotting one of the Doing Business metrics called “distance to frontier” that measures how far a country is from fostering a healthy business environment against Transparency International’s Corruption Perceptions Index scores shows strong correlation. Is the World Bank’s ‘Doing Business’ Report at Odds With How Business Is Done in the Developing World?

The Best and Worst Places in the World to Run a Business, Ranked by the World Bank