The Best and Worst Gifts and Gift-Givers, According to Economics – Real Time Economics 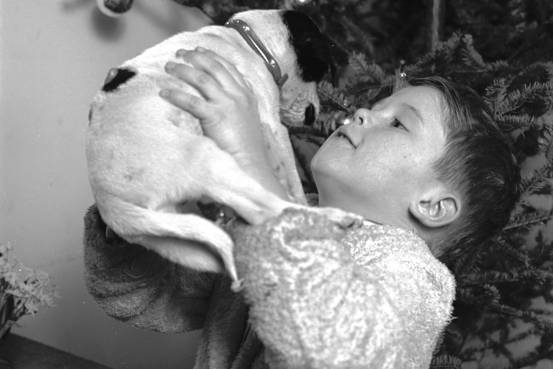 Pets are among the least efficient gifts, according to a 2009 study.
SHERMAN/THREE LIONS/GETTY IMAGES

If you find a musical instrument or kitchen gadget under the Christmas tree this year, you might well be disappointed. And if you don’t like your gift from your girlfriend, you’re not alone.

We recently explored the economics of gift-giving—a realm in which economists don’t exactly practice what they preach (they all give gifts).

The article noted that some gifts are valued more highly than others, and that some gift-givers seem to be better than others. As a service to readers, this is a more complete breakdown of that data from Kristine Principe at Niagara University and Joseph Eisenhauer, now at the University of Detroit, Mercy, in their 2009 paper in the Journal of Socio-Economics. 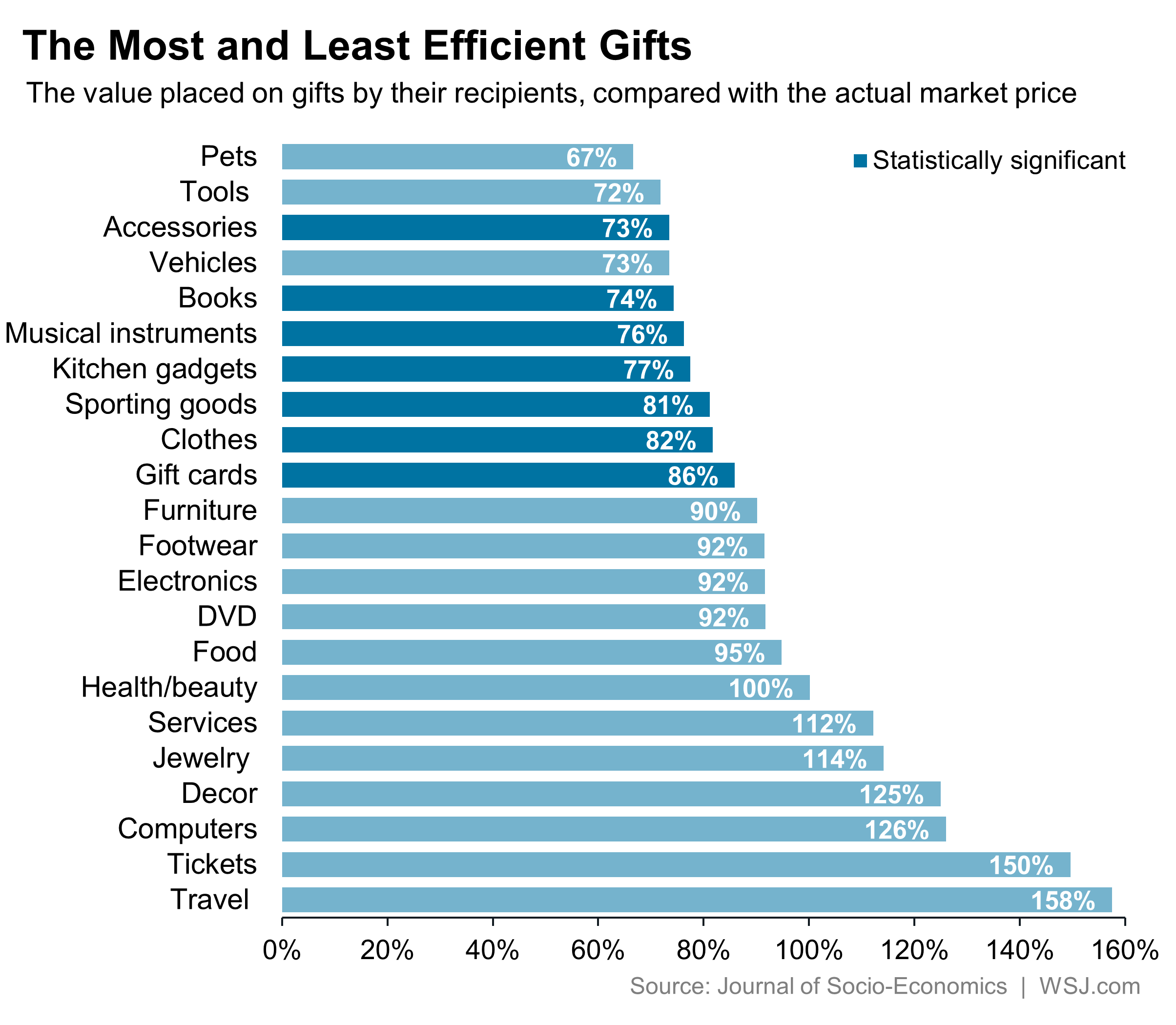 Pets appear to be the worst gifts. Travel, the best. The recipients of jewelry and computers seem pretty happy, too. Now take those results with caution—the number of respondents getting such gifts in the survey were small and results could be a fluke (results where this is a possibility are in light blue in the chart). Other dud gifts: accessories, books and musical instruments. Even gift cards aren’t as good as cash (“I’m a college freshman now, Mom, I don’t want an Abercrombie gift certificate anymore.”).

To obtain these results, Ms. Principe and Mr. Eisenhauer surveyed students in undergraduate principles of economics classes. In the first weeks of the semester, following the winter break, they had the students describe the gifts they had received as carefully as possible. Then they asked the students how much money they would be willing to accept in exchange for the same gift (ignoring the sentimental value). That is, would they be just as happy with $10 as with this sweater?

(In an interview, Ms. Principe said a key takeaway from this is to include your gift receipts.) 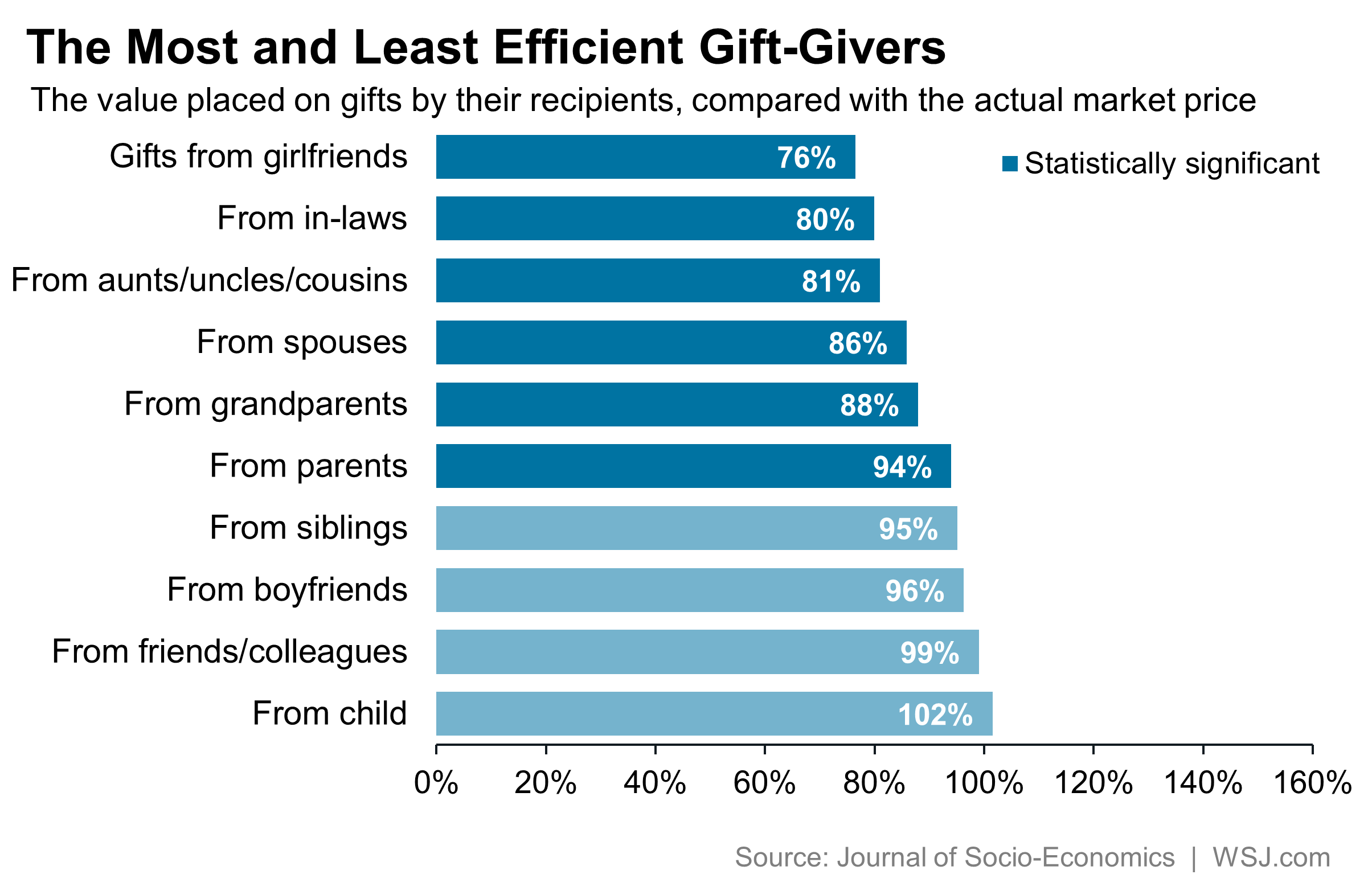 They also analyzed the best and worst gift-givers. Other research has identified grandparents as the worst. However, Ms. Principe and Mr. Eisenhauer’s research finds that grandparents are in the middle of the pack.

The least efficient gifts generally come from girlfriends and in-laws, their survey found (it must be noted that this has not been the case for this reporter). Asked to speculate why girlfriends seem to do a poor job, Ms. Principe said, “Maybe they’re trying to project what they hope their significant other’s preferences are? We’d like you to wear this.”