‘The Big Short,’ the Great Depression and the Evolution of Crisis Narratives – Real Time Economics 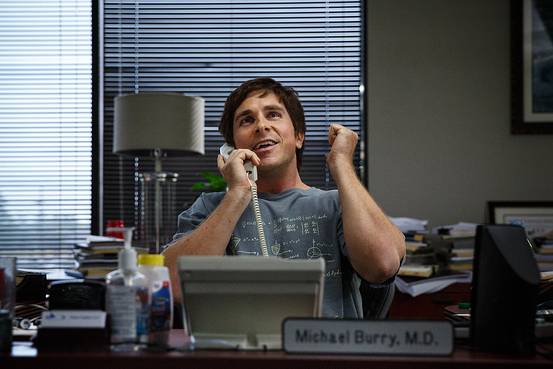 Are financial calamities the fault of bad behavior or bad economic systems?

“The Big Short,” released across the country in movie theaters Christmas week, leaves little doubt. Based on Michael Lewis’s bestseller by the same name, “The Big Short” tells the story of a handful of renegade traders who figured out that the subprime mortgage bubble would end in catastrophe, and bet against (i.e. “shorted”) it. It’s an entertaining story in which director Adam McKay interlaces profanity, financial tutorials and comedy with a clear assessment of blame: financiers behaved like criminals and got away with it. It’s a message that will resonate with much of the public, and politicians.

Will history agree? It’s worth looking at how views of the last such episode evolved. In the early 1930s, the public and politicians held Wall Street responsible for the stock-market crash and Great Depression.

National City Bank, the forerunner of Citigroup, was one of the country’s most admired companies, and “Sunshine” Charlie Mitchell, its chairman, a pillar of the business establishment. Then in early 1933, Ferdinand Pecora, the crusading chief counsel of the Senate Banking and Currency Committee, exposed how the bank and its securities arm “had engaged in all sorts of unsavory behavior,” Michael Perino writes in “The Hellhound of Wall Street,” which chronicles the hearings. “It sold worthless bonds to investors without fully disclosing their risks, manipulated its own stock price and the stock prices of other companies, and lavishly compensated its executives as the country plunged into depression.” By the time the hearings were over, Mitchell was forced to resign.

A few weeks later, Franklin D. Roosevelt channeled public anger at Wall Street in his inaugural address: “Practices of the unscrupulous money changers stand indicted in the court of public opinion, rejected by the hearts and minds of men.”

Yet today, few scholars blame the crash or the Depression on Wall Street. In their 1963 landmark “Monetary History of the United States,” Milton Friedman and Anna Schwartz discuss Mitchell only in his capacity as a director of the Federal Reserve Bank of New York. They and later scholars, including Ben Bernanke, future Fed chairman, blamed the Depression on the Federal Reserve raising interest rates to stamp out stock market speculation (a decision Mr. Mitchell supported), a banking system inherently vulnerable to runs, and the link between world currencies and gold that hobbled central banks’ ability to respond to the crash and subsequent bank failures.

Similarly, most economists blame the latest crisis not on Wall Street malfeasance but larger economic forces. Low interest rates and global flows of capital inflated the housing bubble. The growth of “shadow” banks, aided by financial innovation, drastically increased leverage and weakened underwriting standards while escaping regulatory scrutiny. Politicians’ obsession with home ownership caused them to turn a blind eye to the excesses of Fannie Mae and Freddie Mac and private lenders alike.

In my own book, “Foolproof,” I argue that these forces produced a misplaced sense of safety. The Federal Reserve’s success in stamping out inflation, moderating recessions and containing periodic financial mayhem—such as the 1987 crash—convinced investors, regulators and the Fed itself that it was safe to take on bigger debts.

Underwriting standards collapsed because home buyers and lenders alike believed national home prices would never drop significantly. That had last happened during the Great Depression, and hadn’t the Fed proven it would never let that happen again?

Financial innovation reinforced that sense of safety. Mortgage-backed securities protected lenders from localized housing busts, and credit default swaps insured lenders against the underlying loans’ defaults. The widespread use of both inflated lending, prices and leverage. Howie Hubler, a trader at Morgan Stanley profiled in Mr. Lewis’s book but not the movie was, like the movie’s protagonists, bearish on housing and bet against the lowest-rated slices of subprime-backed mortgage securities. But at the same time he made bullish bets on the triple-A-rated pieces, which tumbled in value, inflicting a big loss on Mr. Hubler’s firm. So even traders who correctly thought the housing market would collapse believed financial innovation had immunized some markets to the consequences.

Still, scholars should not forget the role human beings had in helping these forces unfold. Many people, not just the handful profiled in “The Big Short,” thought something would go wrong, and avoided the carnage or tried to raise the alarm. Even if Wall Street financiers weren’t breaking the law, the money at stake clearly incentivized them to ignore Cassandras and suppress misgivings about the triple-A ratings. Upton Sinclair famously said, “It is difficult to get a man to understand something, when his salary depends on his not understanding it.” In an interview with Slate, Mr. Lewis agrees: “When you are incentivized to believe something, you will believe it.”

As the names and faces of people involved in events such as the financial crisis fade from the headlines, it’s natural for economists and scholars to focus on numbers and theories. Yet even if you believe, as I do, that crises are primarily the product of broader economic forces, it’s important to recognize that those forces are transmitted through human beings. History needs to remember the contribution of both.  “The Big Short” and other narratives, such as the report of the Financial Crisis Inquiry Commission modeled on the Pecora hearings, do that.

‘The Big Short’ Review: The Comic Beauties of a Bubble

‘The Big Short’ Takes a Comic Look the Financial Crisis