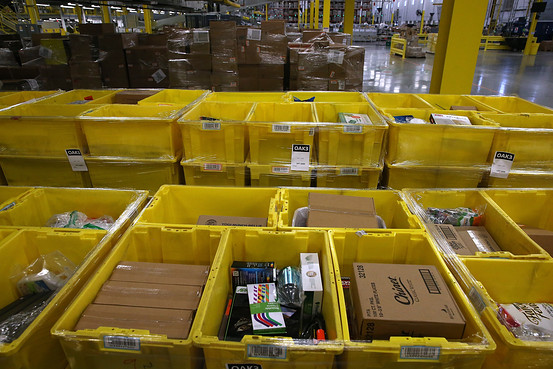 Merchandise sits in containers at an Amazon fulfillment center this year in Tracy, Calif. As shopping increasingly takes place online, many price changes happen on the Internet, not in stores.
Getty Images

One of the biggest economic questions facing the U.S. economy in 2015 is this: Will measures of inflation veer into deflationary territory, or will prices firm?

The Billion Prices Project, which scrapes the Internet daily to capture changing prices online and has often foreshadowed subsequent changes in official price indexes, shows a sharp turn upward in measures of inflation, albeit from a low starting point. 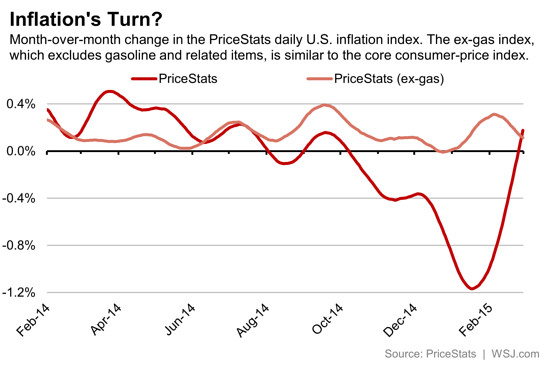 The official measures of inflation from the Labor Department and Commerce Department are only available through January, with no turn evident in that data. But the Billion Prices Project measure, which is now produced as the State Street PriceStats inflation index, has turned upward sharply in recent weeks. If the turn holds, then inflation could be firming faster than economists realize. 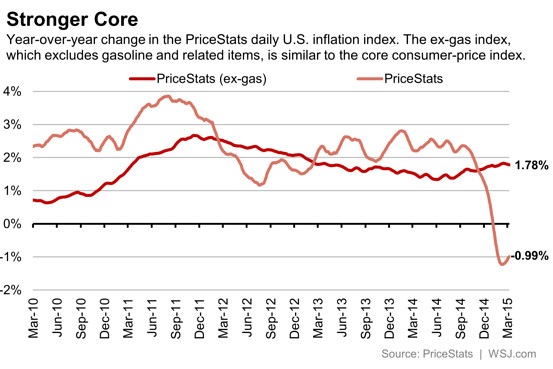 Is the recovery all about the slight uptick in gasoline prices, visible at gas stations nationwide? The PriceStats index suggests that prices are getting stronger in other sectors as well. To tease out the effect of gasoline, PriceStats has produced an “ex-gas” index that removes the prices of gasoline and closely related items. This is similar in concept to measures of core inflation that exclude food and energy prices.

“This is a pretty solid indication of the fact that the rebound we’ve seen isn’t just about gas,” said Michael Metcalfe, senior vice president and head of global macro strategy for State Street Global Markets.

“People have been looking and waiting for some kind of evidence that this lower level of gas prices is somehow supporting consumption,” said Mr. Metcalfe. “People will jump on any evidence that retailers’ pricing power is returning. We have six weeks of evidence that that’s the case and that would point to inflation having bottomed.” 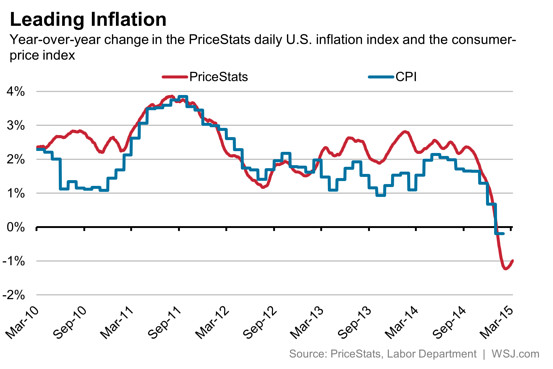 Although the measures are not perfectly comparable (the prices of many items are difficult to collect online, and so the indexes do not have the same coverage), the PriceStats measure captured the severity of the plunge in inflation before it showed up in the official CPI. The overall PriceStats measure fell even further in February before turning a corner. The official February CPI does not come out until March 24. The price index preferred by the Federal Reserve, the personal consumption expenditures price index, does not come out until March 30.

The turn that’s showing up in the PriceStats daily index may not be captured by official measures of inflation until reports in late April. 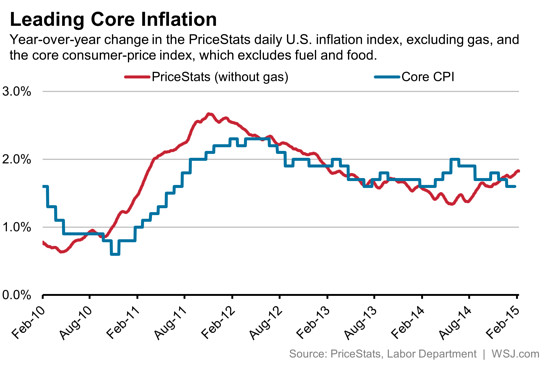 Why Weather Could Determine Who Wins a Race To Measure Inflation

Real-Time Economic Data Could Be a Game Changer