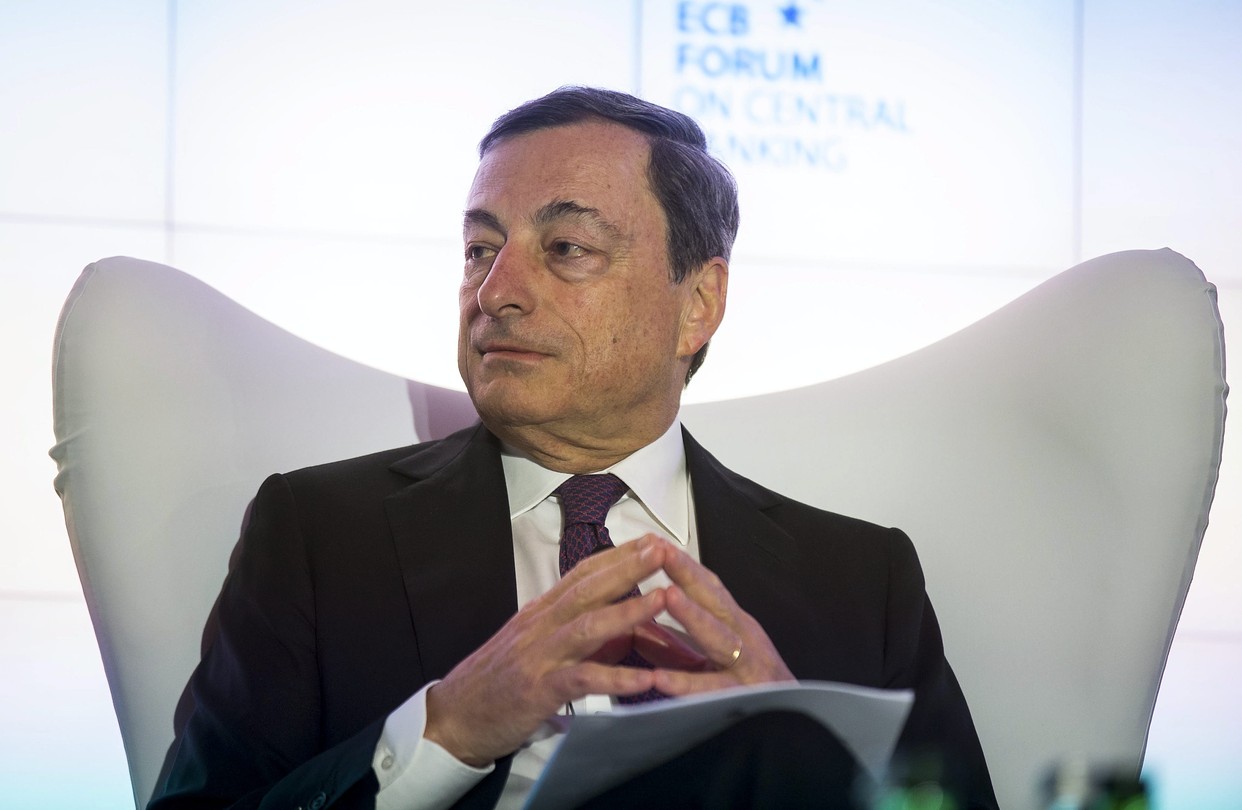 What are negative deposit rates?

European banks lodge money with the European Central Bank. Some is a regulatory requirement as a reserve against their normal lending operations. Some of it is because they have too much money on their hands that they’re unable or unwilling to lend elsewhere.
The ECB cut the rate on those excess deposits to zero in July 2012. By cutting it further, to a negative rate, the ECB would, in effect, be charging banks for holding surplus cash on deposit with it–as a sort of tax on risk aversion.

Would negative rates get banks lending?

Euro zone banks could already make an average of 5.7% in interest on one-year loans to households, or 4.5% on loans to small businesses, according to the latest ECB data. If banks were reluctant to lend with ECB deposit rates at 0%, it’s unlikely they will they be much more willing at a deposit rate of -0.1%.

Most economists think the ECB’s primary aim in introducing negative rates is to drive down the value of the euro. ECB President Mario Draghi has argued the currency is too strong and has pushed euro zone inflation down to levels where descent into a deflationary spiral becomes a risk.

How will that work?

The hope is that negative deposit rates will push down euro-zone market interest rates more generally, thus dissuading flows of yet more money from foreigners into the euro zone and encourage investors to seek higher returns on their investments elsewhere. This was the Danish central bank’s aim when it introduced a negative deposit rate in the summer of 2012. And there, it was effective in helping to reverse the currency’s appreciation back to the central bank’s target.

How low can they go?

Lower deposit rates too much and banks will merely shift to holding cash in their own vaults rather than deposits with the central bank. Cash might not earn interest, but banks wouldn’t have to pay a tax to the central bank on it either. That’s not to mention money market complications a deeply negative rate potentially poses.
In effect, introducing negative deposit rates is probably a one-shot affair, according to Jonathan Loynes, chief European economist at Capital Economics, a London-based consultancy. The message negative rates sends is likely to be more important than the rate itself.