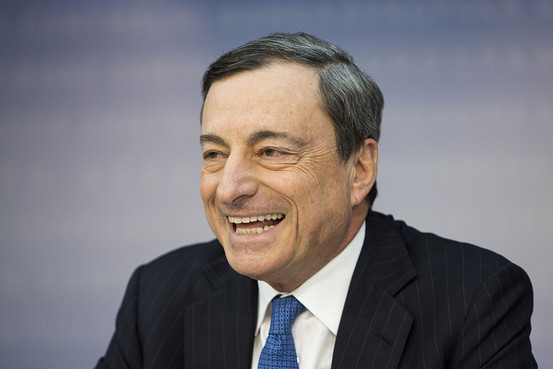 Europe’s oldest and arguably safest bond market has got some investors hot under the collar.

Last week, the European Central Bank said it plans to buy covered bonds–debt backed by a pool of loans, such as mortgages–as part of a wider asset-purchase program to jump-start the region’s flatlining economy.

So why has that got them excited? Well, this is covered bond land, a safe and steady world where even the smallest change in yields can set pulses racing.

Over the past four trading days, covered bond spreads–the extra yield investors demand for holding this debt relative to a benchmark, which in the eurozone is based on the rate banks charge to lend to each other–have, on average, contracted by almost 0.06 percentage point, the biggest four-day move since the start of January last year, according to a Markit index.

Drill further down and the moves become even steamier. In Spain, so-called pooled cedulas–covered bonds backed by a group of banks–have fallen by 0.2 percentage point.

Just how much the central bank will be able to buy is still up for debate. Barclays credit researchers noted this week that there is, in theory, about €470 billion ($608 billion) of covered bonds that are eligible, consisting mostly of French, Spanish and German deals.

Yet to get its hands on these bonds, the ECB, led by President Mario Draghi, will likely need to offer much higher prices than those the bonds are currently quoted at, given that much of this debt is owned by investors that can only buy covered bonds. With new issuance lagging the pace of maturing bonds, investors could be reluctant to sell.

Banks might also be in no rush to ramp up issuance to meet that extra demand given there are other, cheaper funding options available, such as the ECB’s targeted loan program that starts later this month.

But until further details of the ECB’s plan are announced next month, covered bond spreads could continue to contract and those pulses will probably keep on racing.