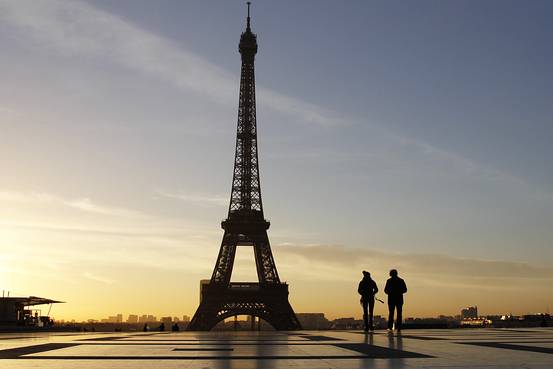 Given the eurozone’s propensity for shooting itself in the foot, the 30% rally in European stocks since last October’s low may look excessive. But as the latest Capital Account column points out, the rally is grounded in pretty solid fundamentals: highly stimulative monetary policy, an end to austerity, a cheap currency and low oil prices.

Indeed, Angel Ubide, a former hedge fund manager who is now with the Peterson Institute for International Economics, argues the eurozone economy is likely to significantly outperform expectations. Since European stocks aren’t expensive, the rally probably has further to run.

The International Monetary Fund thinks the eurozone will grow 1.5% this year, an upgrade from its prior forecast of 1.2%. But as Mr. Ubide notes, that’s actually equal to the region’s long-run potential growth rate. In other words, if Europe were at full employment and industry operating at full capacity, it could expect to grow 1.5% per year.

But the eurozone is far from full employment or full capacity; actual output is far below potential output . That means the region can expect to grow somewhat faster than potential for a few years to close that gap. Mr. Ubide thinks 2% is more likely.

It hasn’t managed that in recent years because it was battling so many headwinds: austerity, political risk, insufficiently stimulative monetary policy (inflation is way below the European Central Bank‘s 2% target), and a credit crunch as banks retreated from foreign markets and tried to boost their capital ratios.

All those things have turned around. Governments, in aggregate, are no longer adding to or subtracting from deficits, i.e. fiscal policy is neutral. Monetary policy is extraordinarily stimulative: the ECB’s bond-buying program has pushed the region’s bond yields down far more than expected. Interest rates on a third of eurozone bonds are at or below zero.

The ECB’s actions matter for more than just the level of interest rates. Its willingness to buy government bonds has largely taken fears off the table that any country other than Greece will be forced out of the euro because its government can no longer borrow. That has taken the default premium out of European interest rates.

That, in turn, has lowered governments’ borrowing costs below a key threshold. When interest rates are below the growth of nominal gross domestic product (i.e. before subtracting inflation), the threat of an upward spiral of interest rates and debt largely disappears. (For more on this, see my earlier column.)

Moreover, low rates had previously not been getting through to borrowers because banks were contracting their balance sheets. Now that banks have gone through stress tests, an asset quality review, and are under a single supervisor, they can shift their attention “from compliance to new lending,” notes Mr. Ubide.

What about politics? An index of news mentions of economic policy uncertainty developed by Nick Bloom, Steven Davis and Scott Baker shows how much the crisis, and the policy confusion and paralysis it induced, have receded in the last two years in Europe. Since that crisis and the resulting political battles dampened both businesses’ and investors’ appetites for risk, the drop in this index should be good both for growth and the stock market.

This does not mean Europe is about to reward investors with a multi-year rally. First, there’s that foot-shooting habit. Negotiations between Greece and its creditors have made so little progress that there is a very real possibility that Greece falls out of the euro by accident this year. Nobody knows how investors, and more important voters and politicians in other European countries, will respond.

Second, that 1.5% long-term growth rate is awfully low. Even if the region successfully overhauls its suffocating business and labor-market regulations, it will be hard to get that number much higher, especially given the low rate of population growth.

But as Mr. Ubide notes, the best time to buy stocks is at the end of a recession when the economy is on the upswing, risk appetites are growing, interest rates are low but inflation likely to rise (which means real interest rates will fall), and the central bank has no intention of tightening. Sound like any economy you know?

At Last, Eurozone Gets Growth in Gear