The Fastest-Growing Group of Licensed Drivers: Americans Age 85 and Up – Real Time Economics 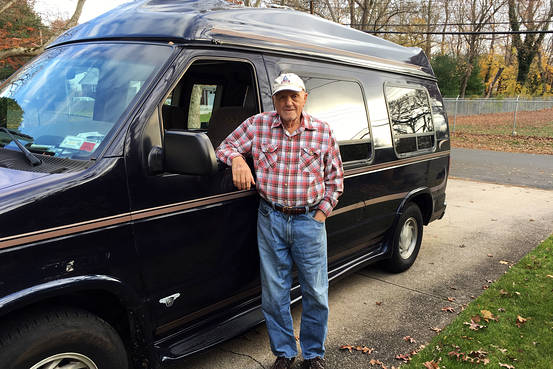 Joe Minerva, 86, shown in November in Huntington, N.Y., has been driving since 1946. People age 85 and up represent the fastest-growing group of licensed drivers, according to the Federal Highway Administration.
JEROME MINERVA VIA ASSOCIATED PRESS

America’s drivers are getting older. 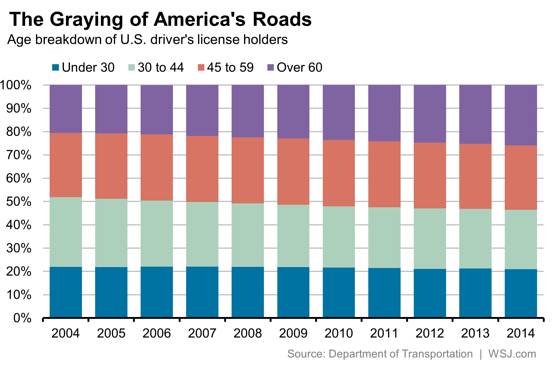 That shouldn’t be surprising. As the baby-boom cohort ages, the country is getting grayer, with far-reaching consequences for employment and economic growth. Older people live longer and are in better health than their predecessors, which makes it possible for them delay retirement and remain active longer than earlier generations.

What’s unusual here is that these older people remain increasingly committed to their automobiles even as younger generations appear to be backing away from the great American pastime of driving. And we’re not just talking about millennials, whose fondness for city living, public transit and bicycles has been well-documented.

Instead, since 2000, people of every age cohort under 60 have been slowly letting their driver’s licenses lapse or have not been getting them in the first place.

Those 60 and above, meanwhile, are now more likely than before to have a valid driver’s license in their wallet.

People age 85 and up represent the fastest-growing group of licensed drivers, the FHWA said.

To be sure, these changes have not been dramatic. But that’s because changes to driving habits and commuting patterns tend to move slowly.

Still, the trend is clear. Younger people are eschewing driver’s licenses while older ones are hanging on them.

Cost could have something to do with it.

“Transportation is the No. 2 household expense in America and it’s almost entirely car costs,” said Adie Tomer, a fellow at the Brookings Institution Metropolitan Policy Program.

As labor-force participation rates drop and wages have stagnated for many households, it becomes more attractive to consider giving up cars—and eventually licenses, he said.

“It doesn’t mean everyone in a household has given up their license. It could mean that there’s only one driver in the house and only one car,” he said.

Here’s what that trend looks like for the under-30 set, broken out into age groups. 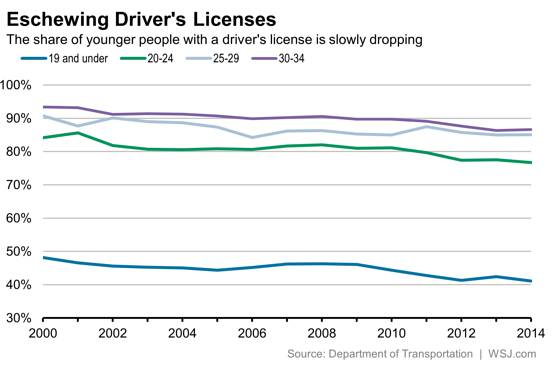 And here’s how quickly those ages 35 to 59 have forgone driver’s licenses. 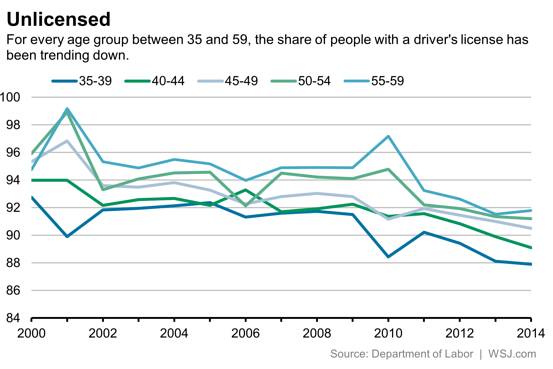 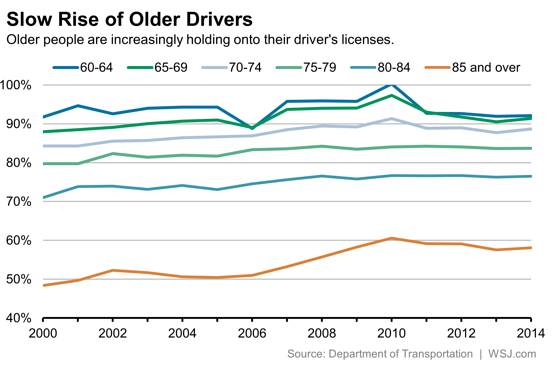 To help older drivers navigate the roads, the agency said it is working on new laminates to make highway signs brighter from further away.

Baby Boomers Hugely Underestimate What They Need for Retirement

We’re Living Longer, and Other Reasons to Worry About Americans’ Retirement Outlook