‘The Fault in Our Stars’ Praised and Feared For Realism

“The Fault in Our Stars” is earning praise for its realism. But that same realism has some cancer survivors steering clear of the summer blockbuster, whose protagonist promises to tell “the truth” about her “sad story.”

On the cancer ward at Riley Hospital for Children at Indiana University Health, only a few patients have read the 2012 book on which the movie was based. The rest aren’t ready to pick it up or watch the film, which features actress Shailene Woodley as Hazel Lancaster, a 17-year-old with terminal thyroid cancer.

“I think it really depends where they are in the diagnosis,” said Melissa Sexton, a child life specialist at the hospital. “For some, it’s a little too close to home. They don’t even want to say the word ‘cancer,’ because they have had no opportunity for it to sink in.”

On the Facebook page for Stupid Cancer, a non-profit organization for young adults who have or have had cancer, some called the film’s accuracy “unbearable,” while others said it allowed them a “healthy cry.”

Those willing to relive their darkest moments through “The Fault in Our Stars” said they were rewarded with a protagonist that had cancer but wasn’t defined by it. Yes, Hazel Lancaster had to live with the reality that the disease would kill her someday. But the audience could see that there was more to her than that. This, they said, was something they could relate to.

“We’re human beings, not just somebody you label as ‘You have cancer,’” said Alexis Hodges, a 19-year-old who survived leukemia when she was 13. “For the longest time, to the whole city of Norton, [Ohio] my name was Lexie Hodges, but they were like, ‘That’s the girl who has cancer.’”

Read about the real-life teen who inspired “The Fault in Our Stars.”

The teen who inspired ‘The Fault in Our Stars’ would have loved it, her parents said.

Find out what led Matthew Zachary to found Stupid Cancer.

Hodges, a former patient at Akron Children’s Hospital, who still attends support groups, won a contest to appear in “The Fault in Our Stars” as an extra. She said the actors met with her and other cancer survivors during filming last summer to ask questions about how to play their roles more authentically. 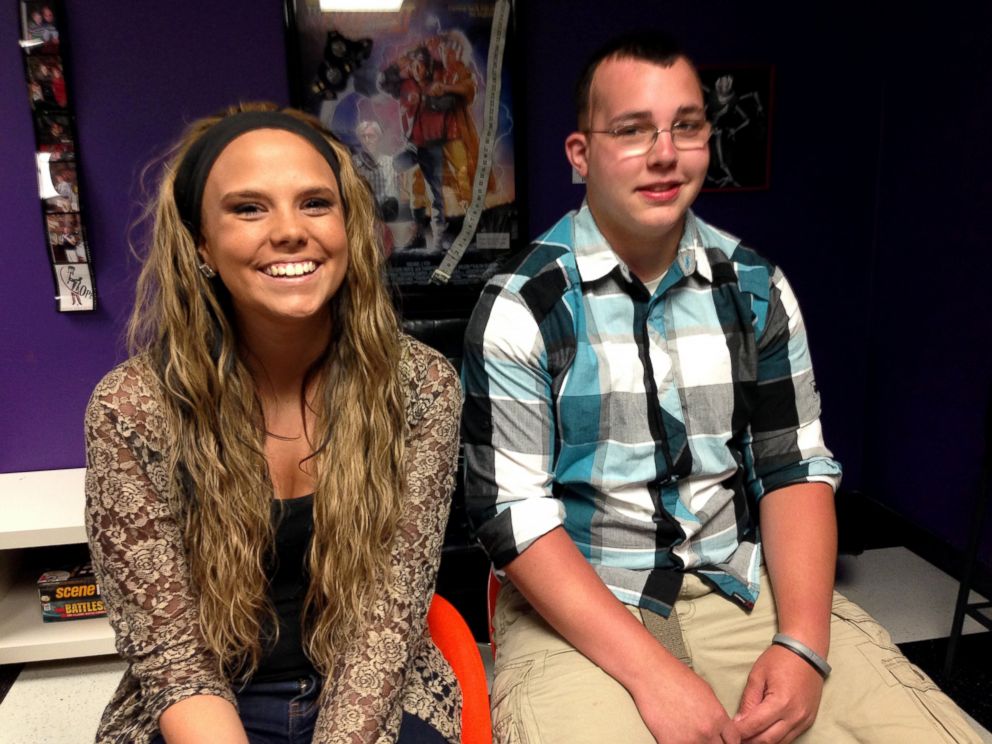 PHOTO: Alexis Hodges and C.J. Evans, two cancer survivors and patients at Akron Children’s Hospital, were extras in “The Fault in Our Stars” movie about teens with cancer. They are photographed here in the hospital’s teen room.

Hodges has already seen the movie twice, she said. When she saw it with her friends, she said they cried and asked her if her cancer experience was anything like the movie.

Though her diagnosis was different from Hazel’s, Hodges said she could relate to the character’s health scares, having been rushed to the hospital in the middle of the night on more than one occasion. Hodges underwent chemotherapy and a bone marrow transplant – treatments that carried a 30 percent chance of survival, she said.

“I think the movie was brutally honest in a way,” Hodges said. “At any second, something can go wrong, but you still carry on and have a life knowing a day or two from now, two days from now, something could happen.”

One of the things Stupid Cancer founder Matthew Zachary said he found refreshing about film was that cancer didn’t provide “tear-jerker shock value” as it has in other movies and books. Instead, the main character tells the audience she won’t “sugar coat” the story. “This is the truth,” she says in the movie.

Another real-life cancer survivor, 17-year-old Hope Banghart, began reading “the Fault in Our Stars” by John Green on long drives to and from the hospital for follow-up appointments about a year after she went into remission for leukemia. She said she counts it among her favorite books.