The Fed Turns Gloomier on the Supply Side – Real Time Economics 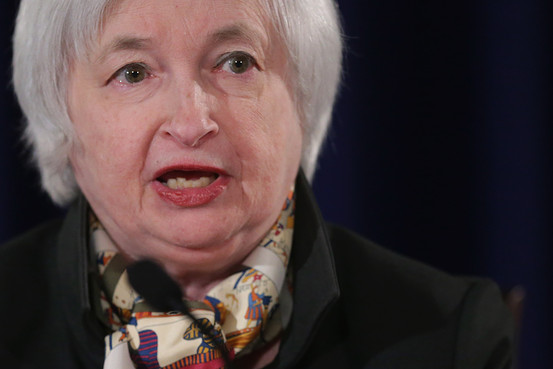 The Fed has revised down its growth outlook so often that it seems hardly noteworthy it did so again Wednesday.

Yet the downgrade is telling in a little-noticed way: the Fed is getting gloomier about the supply side of the economy, and that’s one reason why interest rates may be low for longer.

All the monetary stimulus the Fed has thrown at the economy since 2009 has been aimed at reviving demand so that unemployed people and unused capital can be put back to work, restoring U.S. output to its much higher, theoretical “potential” level.

Yet in recent years, the Fed has had to acknowledge the economy’s potential level is less than previously thought. On Wednesday, it did so again.

There are several bits of evidence for this.

The first is the downgrades to the near term growth outlook. GDP is expected to grow 2.5% this year (that’s the midpoint of officials’ fourth quarter to fourth quarter projection), down from 2.8% in December, and 3.2% the prior December. While that reflects the weak character of first quarter data, it’s telling that the Fed does not expect the weakness to be recouped later in the year, as would happen if weather were the culprit. 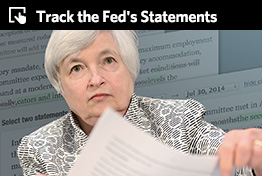 Is this because the Fed thinks demand will be weaker, for example, because of the stronger dollar? No: the second bit of evidence is that the Fed also sees unemployment lower over the next three years than it did in December. The difference is trivial–just a tenth of a percentage point–but part of a yearslong pattern.

According to a very old rule of thumb called Okun’s law, unemployment falls when an economy grows faster than its potential rate of growth, and it rises when it grows more slowly. The fact Fed officials have had to keep revising down both growth and unemployment means they are also, implicitly, marking down potential growth.

True, they left their long-term outlook for economic growth unchanged at from 2% to 2.3%. There are two possible reasons for that. One is that Fed officials think much of the human and physical capital the economy had before the recession is now obsolete. However, the rate at which the economy acquires new human and physical capital in the future is untouched, so long-run growth is the same. The second possibility is they haven’t got around to downgrading their long-run growth forecast yet. Given the dismal performance of productivity lately, they may have to.

(The Fed did lower its estimates of the natural rate of unemployment, below which inflation takes off, to between 5% and 5.2%, from a range of 5.2% to 5.5%. This, however, simply reflects the fact that wages have been slow to pick up. It doesn’t alter the fact that the labor force–both the employed and unemployed–remains strangely small, and is expanding quite slowly.)

The third bit of evidence of their diminished optimism about supply is the lower view of the long-term federal funds rate. It was 4% a year ago, and then lowered to 3.75% in June. This month, it dropped again, with the majority of officials picking either 3.5% or 3.75%.

The long-run interest rate is the rate that balances investment with saving and keeps the economy growing just fast enough to keep unemployment at a minimum without fueling inflation. If the rate drops, that implies there is less investment competing for savings, and the economy’s potential growth rate is lower.

This is one of the symptoms of “secular stagnation,” the phenomenon that Larry Summers has publicized for well over a year. Mr. Summers blames secular stagnation on a shortfall of demand, which holds down inflation, interest rates and growth. But his main exhibit–low interest rates–could be due to weak supply. If businesses and households are pessimistic about technology, productivity and incomes, they will borrow and invest less and save more.

This may help explain why Fed officials lowered the path of interest rates over the next three years so much. It is in great part due to the lower inflation and weaker growth officials now see, both in the U.S. and abroad. But it may also reflect a view that interest rates don’t have to be as high as they were when potential growth was higher.

Greg Ip: In Fed Vs. Markets, the Markets Win Big

Economists React to the Fed’s March Statement: ‘No Longer Patient, But Definitely Not Impatient, Yet’

The Fed Is Still A Chaperone, Worrying About A Different Punch Bowl

Sign up for the WSJ’s central-bank newsletter, Grand Central