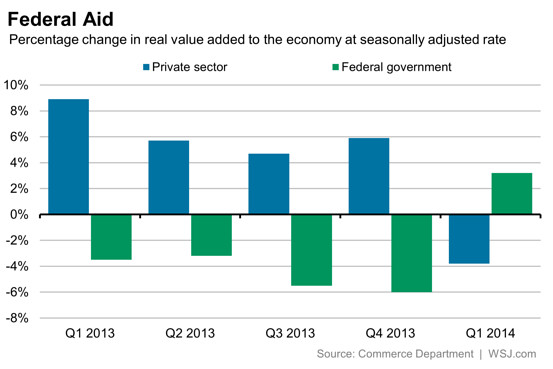 The economy had an unusual bright spot in the dreary first quarter: the federal government.

State and local government output, measured as real value added to the economy, shrank at a 1.4% pace.

The net result: a 2.9% annualized contraction in gross domestic product. That amounted to the worst quarter for the economy since the recession ended in 2009.

The Commerce Department’s GDP by Industry report showed the first-quarter slowdown was wide spread. Of 22 industry groups tracked, 16 contributed to the decline in economic activity. The biggest setback came from business services. That sector alone contributed 0.8 percentage point to the overall contraction. 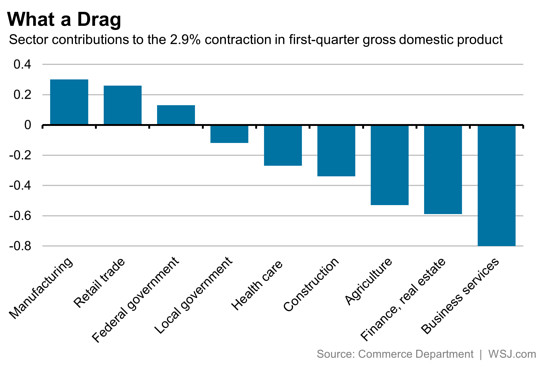 Manufacturing was one of the few industries to increase output, rising 2.1%, but the gain was entirely concentrated in production of nondurable goods. The subsector includes the processing of oil and other energy products.

The economy’s largest sector–finance, insurance and real estate–controlled a 0.6 percentage point to the contraction. That sector accounts for nearly 20% of the total U.S. economy. 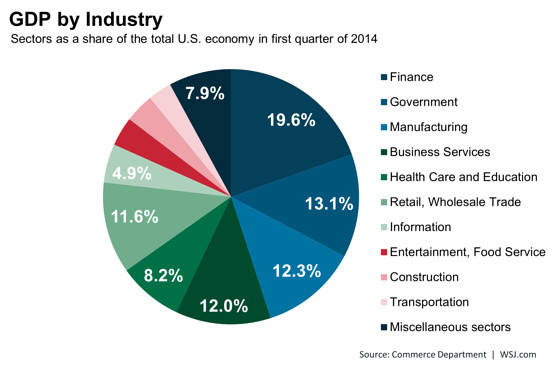