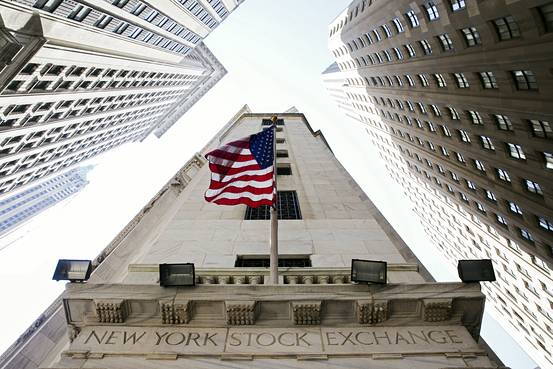 Wall Street racked up its biggest one-day gain in four years on Aug. 26, after a rout earlier this week.
Reuters

In a note to clients this week, J.P. Morgan offered a fine illustration of the many forces–some positive, some negative–now buffeting the U.S. economy.

Yes, sharp falls in domestic equity markets “have shaved about $2 trillion of wealth off of household balance sheets,” wrote the bank’s chief U.S. economist, Michael Feroli, before the market made a comeback midweek. That could reduce consumer spending by $30 billion a year over the next two years.

But at the same time, he said, a 20-cent a gallon drop in gas prices over the past week should increase household disposable income by about the same amount, “much of which will likely be spent.”

So falling gas prices offset falling stocks. And so it goes with the U.S. economy, which continues to show resilience and stamina in the face of myriad adversities.

Fears of a pronounced downturn in China have added to global growth anxieties, as has the near certainty that the Federal Reserve will move soon to increase interest rates, thus tightening the money supply for the first time since the recession. But for all the ominous clouds, brighter rays keep breaking through.

This week offered several signs that beneath the wild swings in the stock market, the economy is far from tipping toward recession. Consumer confidence in August rose to its highest level since January, while new-home sales in July rose 21% over last year. Orders for long-lasting manufactured goods rose in July for the second straight month. The U.S. economy expanded at a 3.7% seasonally adjusted annual rate in the second quarter, faster than initially thought.

Odds are lengthening that the Fed will move to raise rates next month, but the reasons for delay appear to reside mainly overseas. “Incoming data suggest the economy continues to grow at a moderate pace sufficient to cause a gradual tightening of the U.S. labor market,” said New York Fed President William Dudley, in remarks Wednesday.

The greatest cause for alarm this month has been the precipitous plunge in Chinese stocks, which triggered sharp falls in equity markets around the world. But so far, there’s scant evidence the world is facing a wider financial crisis, in part because emerging-market countries are in much better shape than in previous moments of peril.

Other voices are welcoming the Chinese stock plunge–and even the U.S. one, for that matter–as a salutary correction that doesn’t speak to the strength of the underlying economy. Nicholas Lardy of the Peterson Institute for International Economics, for instance, argues that China’s economy is “rebalancing,” and by no means falling apart.

There is a history of August stock scares–the U.S. saw its last big drops in August 2011–but so far there are few signs this latest correction says much about the realities of the U.S. economy.