The U.S. economy added 215,000 jobs in July, continuing a steady expansion. Friday’s report from the Labor Department showed few changes from the prior month on a range of measures, including the unemployment rate, at 5.3%, and the labor-force participation rate.

The economy has added around 2.9 million jobs over the past 12 months. That’s down slightly from earlier this year, when the 12-month paced surpassed three million, but it is still well ahead of the 2.5 million jobs added for the year ended July 2014. 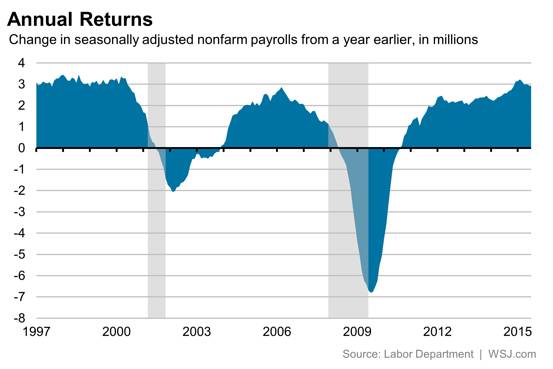 Job growth over the past three months reached its highest level since February, with an average 235,000 jobs added per month. 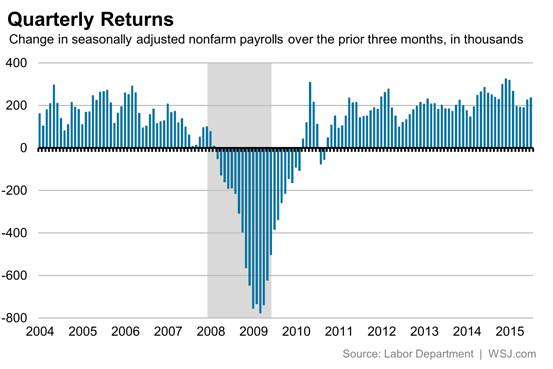 Meanwhile, the unemployed rate held steady at 5.3%. A broader gauge of underemployment, which includes workers who have part-time positions but say they would like full-time jobs, ticked down to 10.4%. 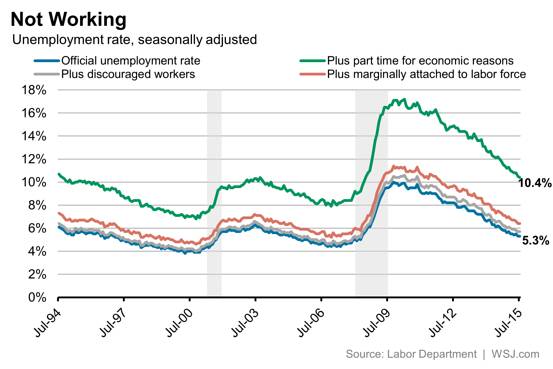 The economy is very different for college graduates, who face only a 2.6% unemployment rate, compared with 5.5% for those who have no education beyond high school and 8.3% for those who did not complete high school. 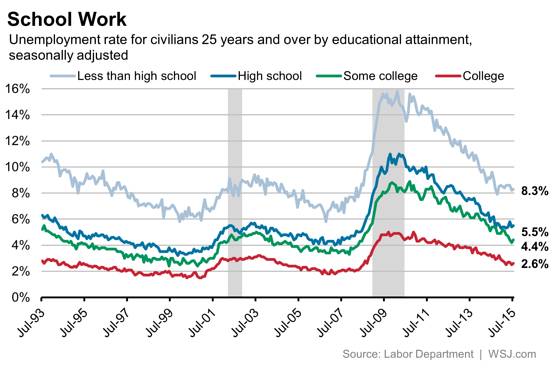 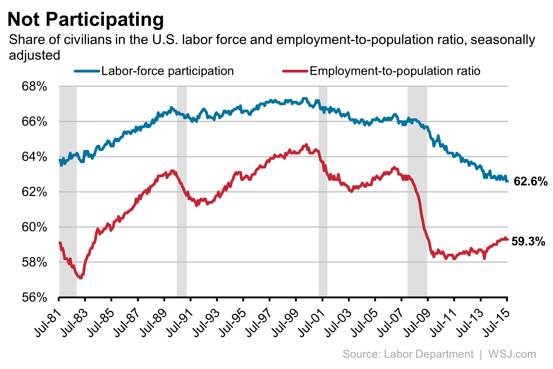 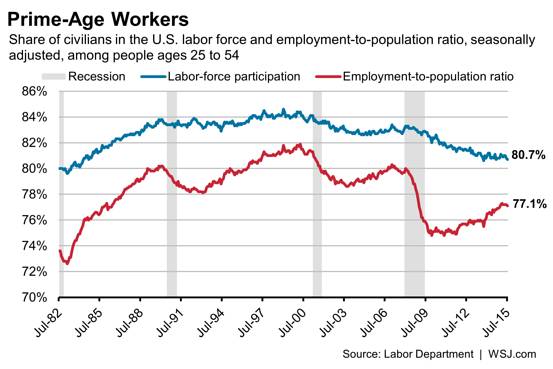 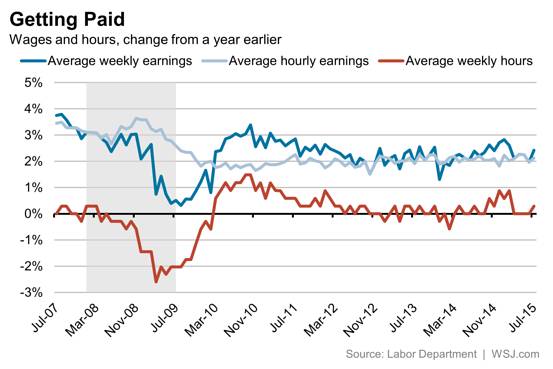 The vast majority of jobs added since the recession officially ended in June 2009 have been full-time positions. More than 8 million more full-time jobs have been added. 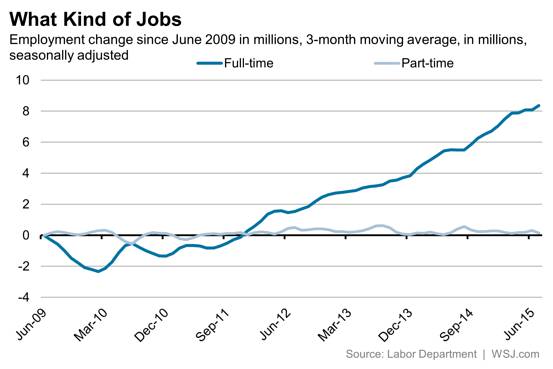 Still, more than 8 million full-time jobs were lost during the recession, which began in December 2007. The U.S. has nearly recovered all of those lost full-time jobs. 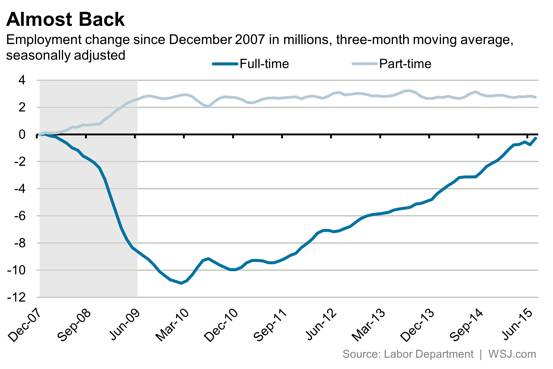 Half of all unemployed workers have been without work for 11.3 weeks. 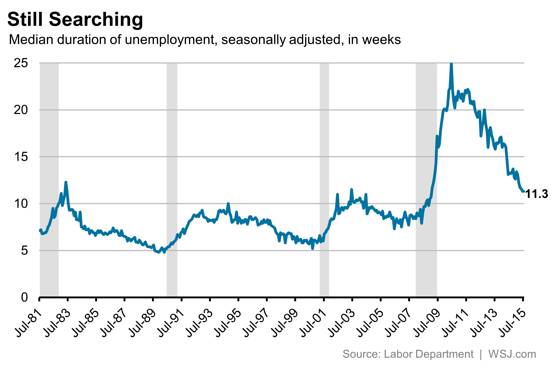 The share of the unemployed who have been without work for more than half a year has been gradually decreasing. But even five years since the recession officially ended, today’s share of the long-term jobless is higher than any of the previous three recessions. 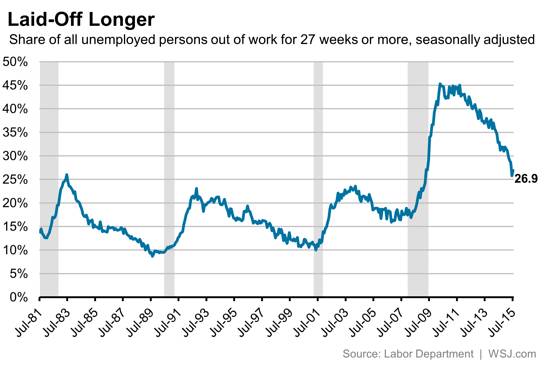 The level of workers who are considered long-term unemployed is still higher than it was in December 2007, when the recession ended, but it has been coming down steadily. 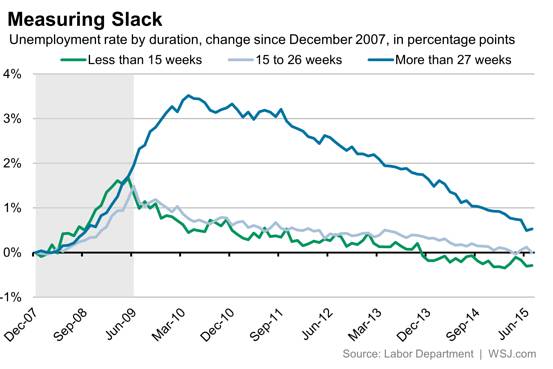 July Jobs Report: Everything You Need to Know