The U.S. economy added 126,000 jobs in March, ending a streak of 12 straight months of job growth exceeding 200,000. But the jobs report is more than the headline figure, and these charts show how Friday’s report from the Labor Department fits into the bigger picture of the economic expansion. 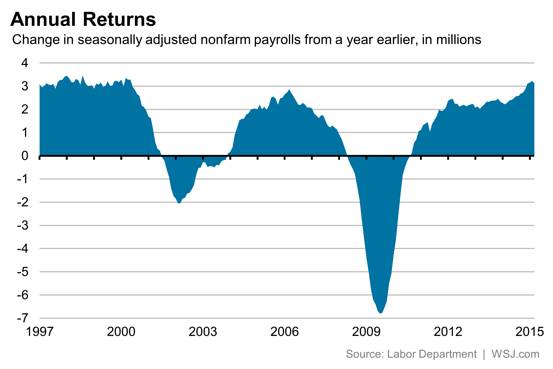 The U.S. has added 3.1 million jobs over the 12 months ended in March, which was down slightly from 3.2 million jobs for the period that ended in February. 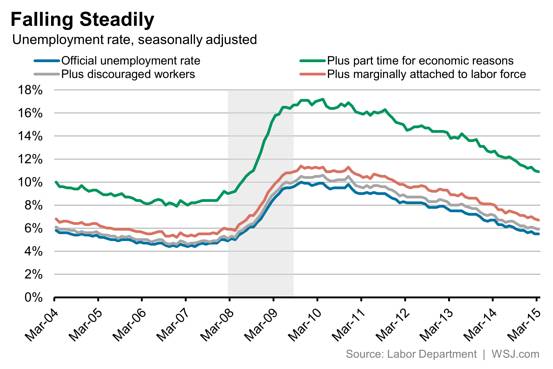 The unemployment rate in March remained unchanged at 5.5%, while a broader gauge of underemployment that includes workers who have part-time jobs but would like full-time work ticked down to 10.9%, the lowest level since August 2008. 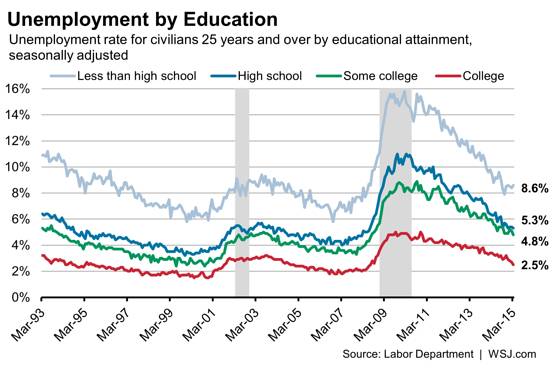 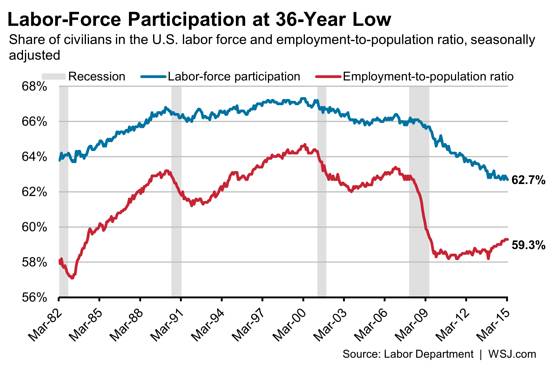 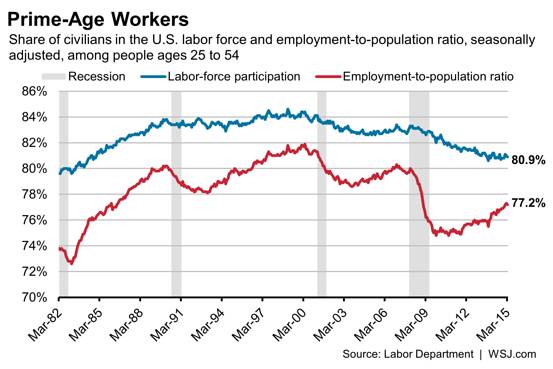 A big part of the decline in the overall U.S. labor force owes to the aging of the U.S. population and the growing share of retirees. But even among so-called prime-age workers between 25 and 54 years old, labor-force participation and employment to population have dropped. 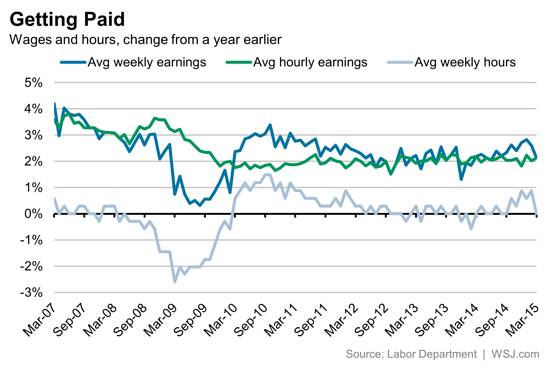 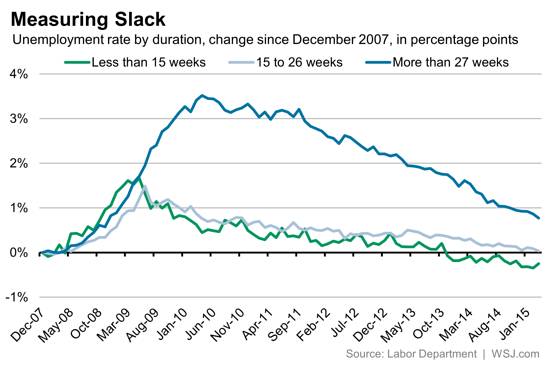 The number of workers who have been out of their jobs for more than six months has continued to decline but remains above the prerecession level. 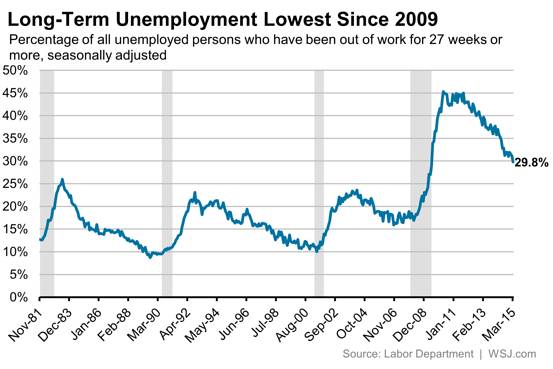 The share of the unemployed who have been jobless for more than half a year fell below 30% for the first time since June 2009. The rate had been hovering around 31% for the last six months. This was the first big drop in long-term unemployment since August. 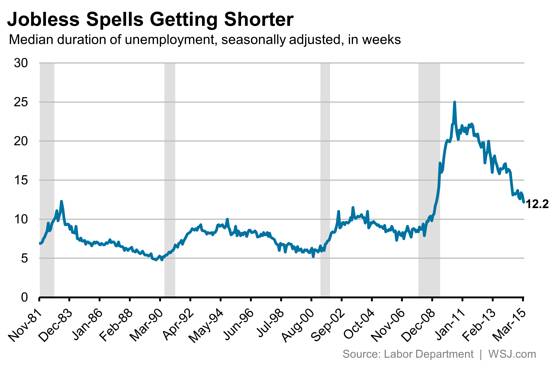 The median duration of unemployment dropped to 12.2 weeks from 13.1 weeks. This is still much higher than normal but less than half as long as during the worst of the recession. 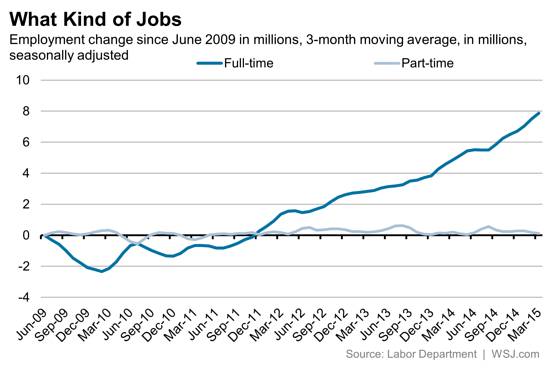 Nearly all of the jobs added since the recession ended in June 2009 have been full-time positions. 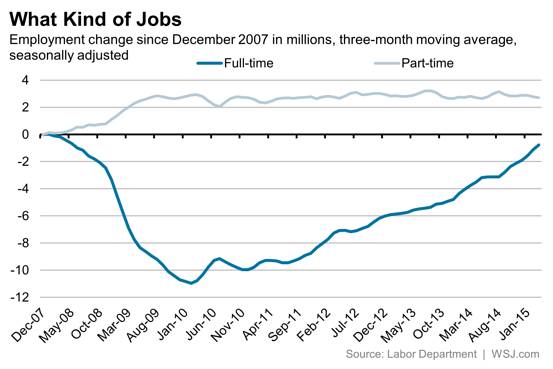 But there are still around 750,000 fewer full-time jobs than existed in December 2007, when the recession began.