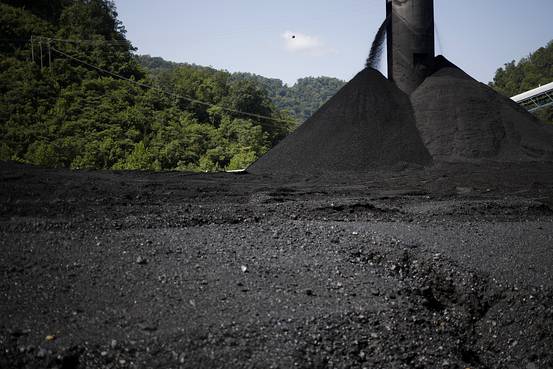 It’s the only state in the country to have lost a statistically significant number of jobs in the past year, the Labor Department reported Friday, as falling energy prices have rippled through its coal mining industry and beyond.

The state shed 19,100 jobs between July 2014 and July 2015, the Labor Department said, a 2.5% decline in employment. The 35 other states to post a statistically significant change in employment all had notable gains.

The coal industry has experienced high-profile layoffs over the past year, with mining companies like Murray Energy Corp. and Alpha Natural Resources Inc. shedding jobs as coal prices have fallen by around 15% in the past year.

Other West Virginia industries have suffered perhaps even more. Jobs in construction and manufacturing have fallen by 23% and 16%, respectively, since the recession.

West Virginia’s growing natural gas industry initially cushioned the fall in coal prices. But as a natural gas glut pushed prices down, jobs in that sector also got hit, said Ted Boettner, executive director of the West Virginia Center on Budget and Policy.

“Natural gas is a very capital-intensive industry, more so than coal, so it doesn’t employ nearly as many people, and the construction side of natural gas has gone down as well recently,” Mr. Boettner said.

West Virginia’s 7.5% unemployment rate is more than 2 percentage points higher than the national rate of 5.3%.

Across the country, July was a mixed picture. In 24 states and the District of Columbia, unemployment fell from June. Fourteen states saw increases in their unemployment rates from June, and 12 states were unchanged.

Jobs and Industries Where It Takes the Longest to Get Hired