The Past, Present and Future of Economics, According to Olivier Blanchard – Real Time Economics 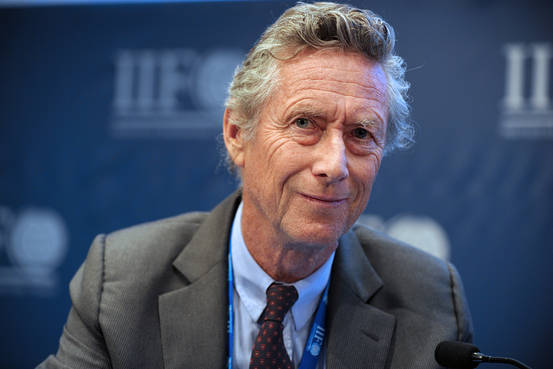 Olivier Blanchard, who is soon to leave his post as the IMF’s chief economist.
ERIC PIERMONT/AFP/GETTY IMAGES

Olivier Blanchard began his tenure as the International Monetary Fund’s chief economist at the start of the 2008 global economic crisis and is leaving his post amid world-wide market turmoil.

But one would be hard-pressed to say that it’s not a changed world.

In the latest issue of the IMF’s research magazine, Mr. Blanchard gives a high-altitude survey of the recent past, present and future of the global economy and the science of economics (or alchemy, depending on your view).

Here are a few highlights:

“The financial crisis raises a potentially existential crisis for macroeconomics. Practical macro is based on the assumption that there are fairly stable aggregate relations, so we do not need to keep track of each individual, firm, or financial institution–that we do not need to understand the details of the micro plumbing. We have learned that the plumbing, especially the financial plumbing, matters: the same aggregates can hide serious macro problems. How do we do macro then?”

“The issue I have been struck by is how to indicate a change of views without triggering headlines of ‘mistakes,’ ‘fund incompetence,’ and so on. Here, I am thinking of fiscal multipliers. The underestimation of the drag on output from fiscal consolidation was not a ‘mistake’ in the way people think of mistakes, e.g., mixing up two cells in an Excel sheet. It was based on a substantial amount of prior evidence, but evidence which turned out to be misleading in an environment where interest rates are close to zero and monetary policy cannot offset the negative effects of budget cuts. We got a lot of flak for admitting the underestimation, and I suspect we shall continue to get more flak in the future. But, at the same time, I believe that we, the fund, substantially increased our credibility, and used better assumptions later on. It was painful, but it was useful.”

“There is a clear swing [in economic policy making trends] of the pendulum away from markets towards government intervention, be it macro prudential tools, capital controls, etc. Most macroeconomists are now solidly in a second-best world. But this shift is happening with a twist—that is, with much skepticism about the efficiency of government intervention.”

“Some propositions that would have been considered anathema in the past are being proposed by ‘serious’ economists: For example, monetary financing of the fiscal deficit.”

One of the key ways the IMF’s role will evolve is through “liquidity provision. Again, the gross asset and liability positions create the risk of very large sudden stops, and the need for international liquidity provision on a very large scale.  The current haphazard combination of central bank swap lines and fund liquidity programs is a strange contraption. It should be improved, if only to eliminate the role of political factors in who gets what. The two should be better integrated, and integrated with regional agreements.”