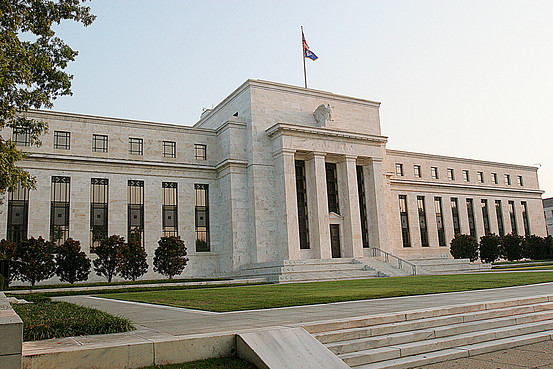 One of the most consequential Federal Reserve chiefs in history had a lot on his mind besides banks: sugar beets, nearly two dozen siblings and a strained relationship with John Maynard Keynes.

Keynes got Keynesian economics; Marriner S. Eccles eventually got his name on a building, and a nephew with plenty of juicy stories.

This week the Center for Financial Stability, a New York-based think tank, is hosting a conference on the past and future of Bretton Woods, the shorthand name for the system that gave birth to the International Monetary Fund and the World Bank in 1944. The Bretton Woods system was, of course, named after Bretton Woods, N.H., the site of a three-week conference toward the end of World War II where international policy makers hashed out the new world order of international finance.

The U.S. Federal Reserve, under the leadership of then-chairman Eccles, was deeply involved in the negotiations. Today, the Fed’s main office building bears Eccles’s name. And at this year’s conference, Eccles’s nephew, Spencer Eccles, shared some little-known stories and family lore of his uncle over lunch.

When the Fed recently unveiled a statue of Eccles, Sen. Orrin Hatch, a Republican from Eccles’s home state of Utah, noted that Eccles was the “oldest of nine children.”  According to his nephew, this is only half right. Eccles was one of 21 children born to his Mormon-immigrant polygamous father, and was the oldest of the second wife’s nine children.

And there’s much more, as told by Eccles’s nephew: Eccles started work at the age of 8 — child labor laws and labor force participation trends were much different then — and saved his money for three years in order to purchase a single share of the Oregon Lumber Company. At age 22, 14 years into Eccles’s working life, his father died, and Eccles took over the family business. By the time the Great Depression struck, he was a wealthy man.

Then the Depression struck.

Eccles employed a novel strategy to prevent bank runs, according to family lore:

1. Have the tellers review people’s signatures extremely slowly, before paying out deposits.

2. Pay out deposits extremely slowly, and with very small bills, to slow the process of cash leaving the bank.

The strategy worked in stopping runs, apparently. But as Eccles analyzed the weak business conditions in the Depression, he had an economic conversion and became convinced that only government stimulus could boost the economy.

Eccles testified as such before Congress in 1933, several years before Keynes wrote his landmark “The General Theory of Employment, Interest and Money.” According to his nephew, Eccles never even bothered to read Keynes.

At the 1944 Bretton Woods conference, both Keynes and Eccles were in attendance. (In a sign of how different the times were, Eccles shared a hotel room at the conference. Room 127 at the Mt. Washington Hotel was occupied by both Eccles and Fed governor Matt Szymczak. In another sign of the times, Szymczak served on the Fed’s Board of Governors for 28 years, instead of resigning after a few years in order to retain university tenure or pursue more lucrative pursuits, as is common today.) Keynes disliked Eccles so much that he remarked, according to Eccles’s nephew, “It’s no wonder the man is Mormon. No single woman could stand him.”

Eccles served as chairman of the Fed from 1934 to 1948. After leaving the Fed chairmanship, he remained a Fed governor for three years. (Former Fed Chairman Ben Bernanke could have remained a governor, too, after his term as chair expired, but he chose not to do so.) Eccles went back to banking in Utah after retiring from the Fed. His banks eventually became part of Wells Fargo .

One of the most unusual things about Eccles, by today’s standards, was his reaction to the Depression, which prompted a complete rethinking of his views about the economy. He was an “American original,” said his nephew, with “tenacity, plain-spokenness” and “a willingness to set aside preconceived ideas.”

Plain-spokenness and tenacity are perhaps not in short supply. But how many economists and businesspeople today set aside their preconceived notions and completely re-evaluated their view of the world in the aftermath of last decade’s great recession?