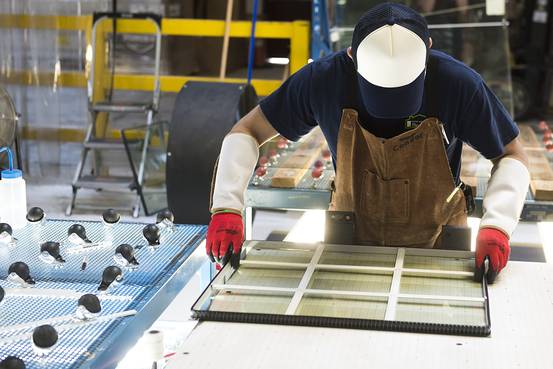 The first week of 2016 has brought sinking temperatures and stocks–and now weaker estimates of economic growth for the fourth quarter.

Before Monday, the U.S. economy appeared to have ended 2015 on solid, though unspectacular, footing. Many economists were estimating that the nation’s gross domestic product–or the sum of all goods and services produced–grew at an annual pace of roughly 2% in October through December. That would match the third quarter’s pace and fall roughly in line with average growth throughout the current expansion.

But those estimates are falling, due to weak readings Monday morning on the nation’s manufacturing and construction activity, two key drivers of economic growth.

The Federal Reserve Bank of Atlanta said Monday it now believes fourth-quarter GDP grew at just a 0.7% pace, down from a prior estimate of 1.3% growth. J.P. Morgan Chase cut its estimate in half to 1% growth from 2%. Forecasting firm Macroeconomic Advisers lowered its estimate by three-tenths of a percentage point to 1.1%.

If those estimates pan out, it would mean the economy ended 2015 in roughly the same precarious state in which it began the year. GDP grew 0.6% in the first quarter of 2015 before rebounding in the spring and summer.

The economy has been getting key support by consumers, who have been snapping up cars, shelling out more at restaurants, and, until recently, stepping up home purchases. But persistent weakness in the global economy and the domestic energy sector have been cutting into demand at American factories. The latest manufacturing numbers are stoking concerns that global weakness could weigh even further on the U.S. economy in 2016.

What Changed in the Third-Quarter US. GDP Report—At a Glance