The U.S. May Be the World’s Richest Country, But It Ranks 14th in Financial Literacy – Real Time Economics 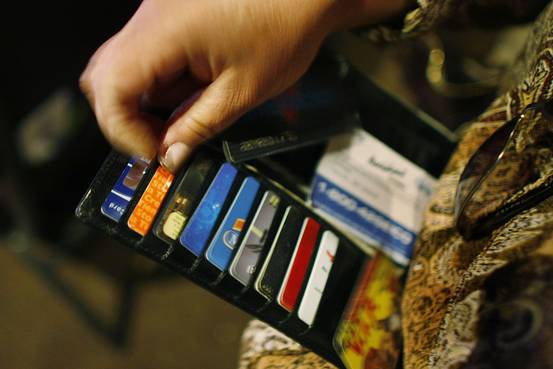 Only 57% of Americans notched a passing grade on a test of financial literacy, compared with over 70% in Norway, Denmark and Sweden, and over 60% in Israel, Canada, the U.K., the Netherlands, Germany, Australia, Finland and New Zealand.
JOE RAEDLE/GETTY IMAGES

By many measures, the U.S. is the world’s wealthiest country—but it’s not because Americans are the best with their finances.

In fact, a sprawling global survey of financial literacy around the world finds that the U.S. ranks 14th, behind Singapore and the Czech Republic.

This new measure of financial literacy comes from a survey of 150,000 adults in 148 countries. To conduct a survey of this scope, Standard & Poor’s Ratings Services partnered with the Gallup World Poll, the World Bank and the Global Financial Literacy Excellence Center at George Washington University. On Wednesday, they released a vast treasure trove of new data that, for the first time, make internationally comparable global rankings of financial literacy.

To gauge financial literacy, and capture whether adults know how to make sound decisions, the researchers asked questions on four basic personal finance topics: inflation, interest, compounding and financial diversification. Anyone providing correct answers to three of the four topics was rated as financially literate.

Only 57% of Americans notched a passing grade, compared with over 70% in Norway, Denmark and Sweden, and over 60% in Israel, Canada, the U.K., the Netherlands, Germany, Australia, Finland and New Zealand.

Rather than delve into specifics of mortgages, credit cards or stock markets, the researchers crafted questions that are universally applicable and have universally correct answers, according to Annamaria Lusardi, the director of George Washington University’s financial literacy center. (The questions are included at the end of this post.)

“One of the things that worries me is even some countries with developed economies have very low levels of financial literacy,” Ms. Lusardi said. Despite widespread use of financial products like credit cards, mortgages and student debt, U.S. financial literacy was relatively weak and some developed countries were even weaker. Japan ranked 38th, with only 43% capable of passing the test, and Italy ranked 63rd with a 37% passing rate.

The survey data showed a financial literacy gender gap in most countries around the world: About 35% of men and 30% of women, globally, passed the test.

The data also uncovered a new pattern: In most developed countries, including the U.S., young people have lower financial literacy scores than middle-aged people. This pattern, however, is reversed in the developing world, as in China. Although the country’s overall scores are lower, China’s youngest adults have higher scores than middle-aged adults. So while China remains much less financially literate than the U.S., each generation is getting savvier. In Hong Kong, young people are slightly more financially literate than young Americans, even as the older Hong Kong generations have far lower literacy than Americans of the same age. 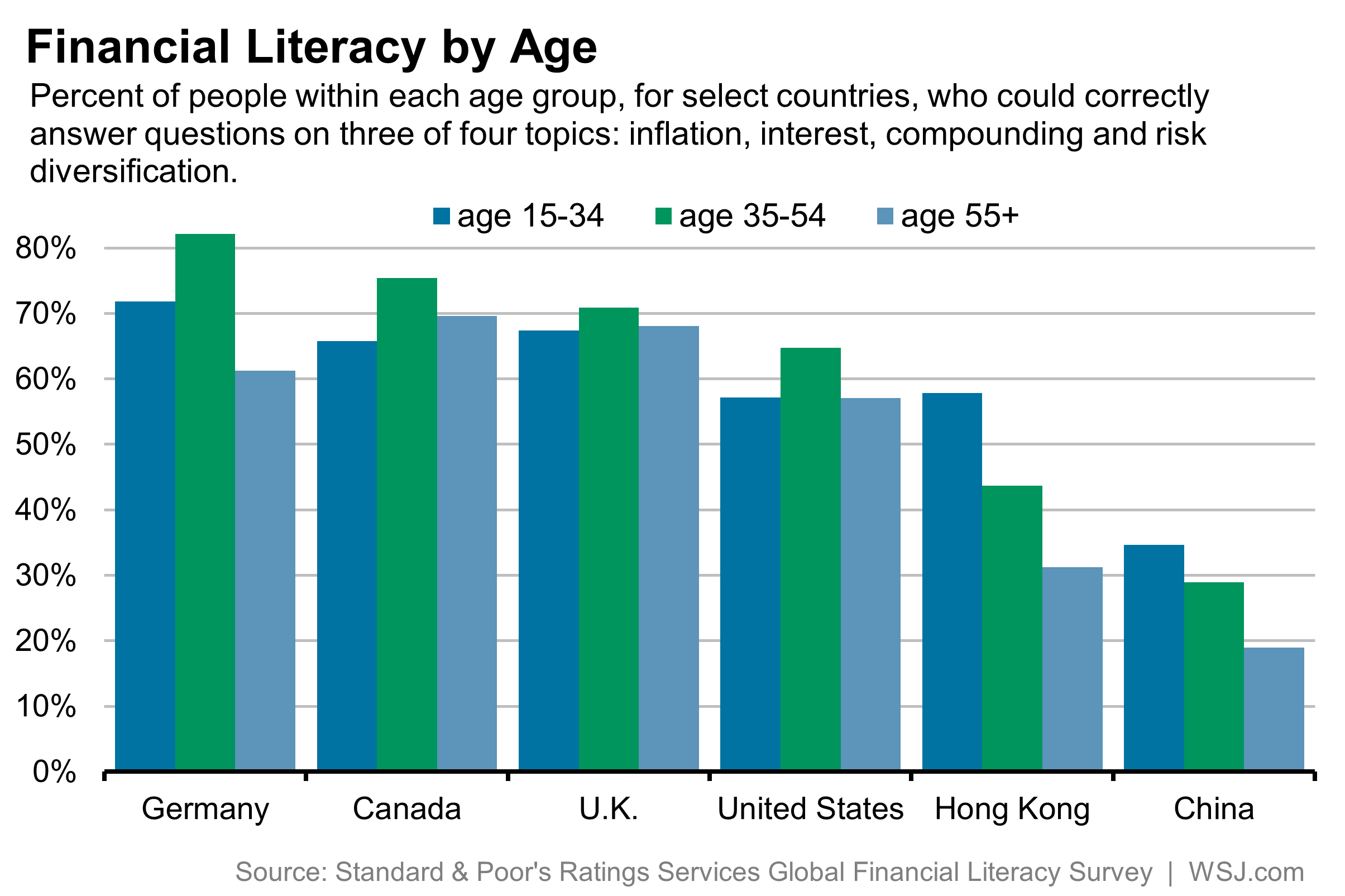 Despite a seemingly obvious link between financial literacy and economic outcomes, researchers have had a difficult time proving that consumers can be made more financially literate through education. Ms. Lusardi hopes this new data set will help researchers answer the question of whether financial literacy matters. If her hunch is right that it matters, it could be bad news for the currently wealthy countries with such low financial literacy.

The surveyors asked the following basic questions (with the correct answers underlined):

And two questions were asked on the fourth and final topic of compounding. Only one needed to be answered correctly to receive a passing mark on this topic.

On compounding 1: Suppose you put money in the bank for two years and the bank agrees to add 15% per year to your account. Will the bank add more money to your account the second year than it did the first year, or will it add the same amount of money both years? [more; the same; don’t know; refused to answer]

On compounding 2: Suppose you had $100 in a savings account and the bank adds 10% per year to the account. How much money would you have in the account after five years if you did not remove any money from the account? [more than $150; exactly $150; less than $150; don’t know; refused to answer]

A Three-Question Test of Financial Literacy

Are You More Financially Literate Than A 15-Year-Old?